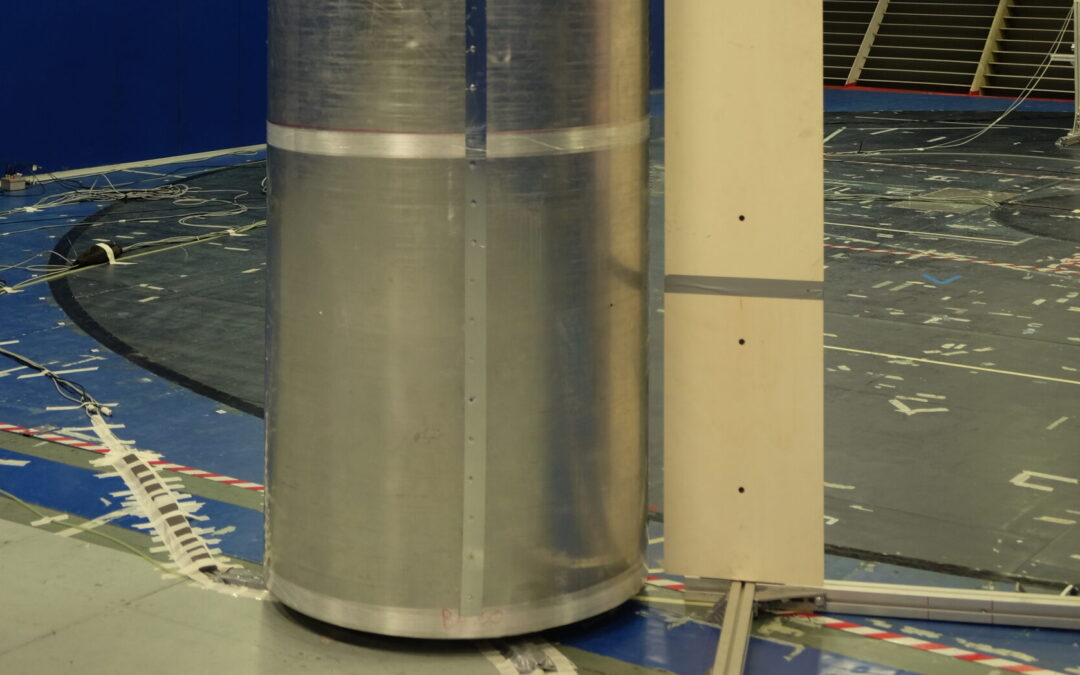 The application of sail power for the (auxiliary) propulsion of cargo vessels is taking off. One of the systems currently being used is the Magnus Rotor. Lex Keuning’s idea of an extra “flap” increases the efficiency of the Rotor and has landed him the Maritime Designer Award 2021.

The Magnus Rotor is known for its simplicity, ease of operation, high lift (buoyancy), reliability and ease of use. It involves vertical cylinders that are placed on a ship. By rotating, they give the ship extra thrust (essentially the same effect as a curve ball in football or tennis), because the combination of the ship’s own speed and the actual wind creates an “apparent wind”, that is, the wind one feels on board. See here how this principle works: Rotor Sail Explained – YouTube.

In a cooperative project between the Delft University of Technology, Department of Maritime Engineering and the Polytechnic University of Milan, Keuning’s adaptation was proven to be significantly more efficient than the conventional rotor. He added a small flap that can be positioned in a position at wish behind the Magnus Rotor. This flap can manipulate the flow pattern around the Rotor to yield the most effective flow field.

Julia Benedict came up with a design method for a modularly adaptable engine room for future CO2 reduction. The basis for the method is to find a way to design the ship in such a way that during the refit as little of the ship as possible is replaced; during the refit objects are not moved around unnecessarily and the ship should not be significantly more complex compared to a ship with a conventional propulsion.

To meet these requirements, the principles of modularity from systems’ engineering are used to divide the ship’s systems in the right theoretical pieces, that can be translated into physical groups of components that can stay together during the refit. This way, systems that are replaced simultaneously are grouped to make room for the alternative, and systems that are not replaced can stay where they were. This method has proven its potential by designing five different alternative propulsion/fuel combinations in a design for a dry-cargo ship design of Conoship International. If this method is developed and applied to a next level, it means that even ships that are built now can advance the reduction of CO2-emissions in the future.

The other nominee is Jeroen van Lier, who for his graduation project developed an optimisation method for a 3D printable aquatic drone or Unmanned Service Vessel (USV) in collaboration with the company Royal3D. An aquatic drone can be used to carry out surveys and inspections on and around the water at relatively low cost. Moreover, the compact size allows access to areas that are difficult or impossible to reach for normal vessels or where the risks for the crew are high. As part of the graduation project, a prototype was built with a 3D-printer of Royal3D and tested in the port of Rotterdam.

The Maritime Designer Award is intended for individual designers, PhD students, recent graduates and start-ups who feel that their work and approach deserve more attention and broader discussion. The award is aimed at the way in which a design, a subsystem of a ship or offshore vessel is realised. Eligible candidates include original or innovative approaches to design or tool development, possibly including demonstration. The winner will receive a cash prize of €1000, made available by the Cooperating Maritime Foundations. The jury may also decide to make a sum of up to €24,000 available to the winner from these funds to financially stimulate and facilitate further development of the design method or solution concerned.

The winner was announced during the Maritime Awards Gala on 1 November in De Doelen, Rotterdam.

Picture: The flap on the roter being tested in a wind tunnel at the University of Milan.