What is your plan if a person falls into the water from the pilot ladder? 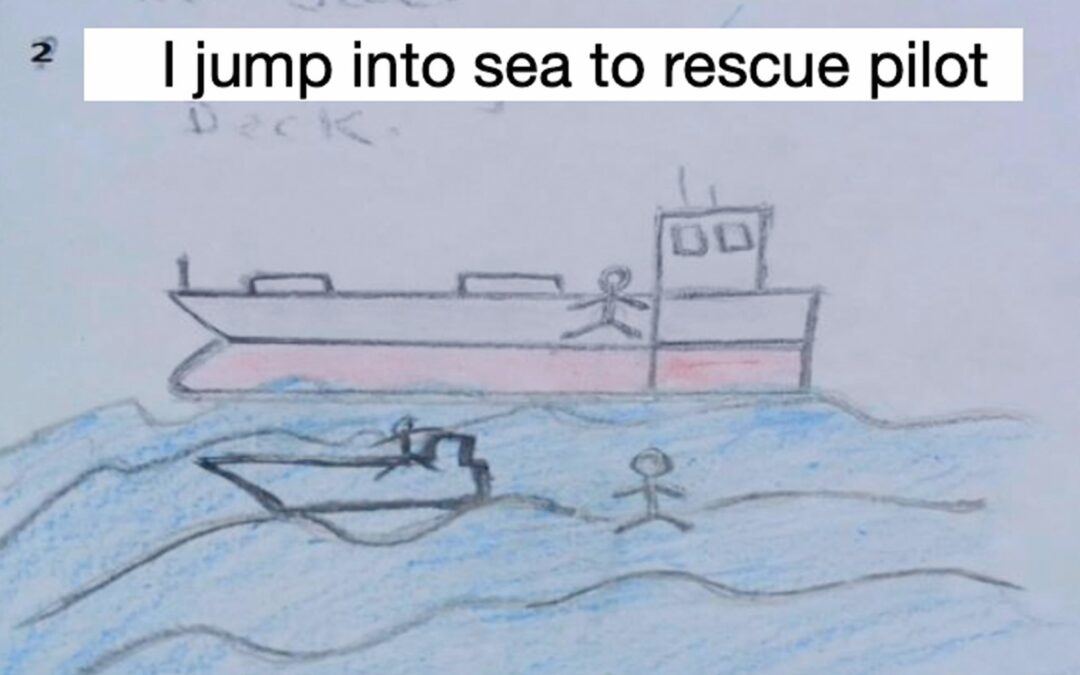 In its latest Mars Report, The Nautical Institute describes an incident in which a pilot fell into the water and was rescued by the chief officer who jumped in after him. Although there was a happy ending in this case, the Institute stresses jumping into the water after someone is not a very safe option. Do you know what to do in such a situation?

The pilot had boarded our vessel to con the ship to a safe anchorage near the port. Once anchored, the pilot, who was not a young man, was escorted to the pilot ladder. As chief officer, I stood on the upper deck to monitor the operation, about five metres away from the disembarkation point.

The small pilot skiff (seven metres long and one metre freeboard) came alongside and the pilot descended the ladder – about five to six metres. As he put one foot on the skiff, and the other still on the pilot ladder, the skiff moved away from ship’s side due to waves. The pilot lost his balance, released his grip from the ladder and fell into the sea.

Within seconds I jumped into the sea from the upper deck. Being a good swimmer, I reached the pilot and helped support him. The ship’s crew threw a life buoy as well. The pilot said he was a good swimmer too, but he appreciated my help. I supported him as we swam together and we were brought on the pilot skiff within five minutes.

The Nautical Institute stresses pilots and crew helping a pilot to the ladder should all wear lifejackets. Furthermore, it is better to resist the urge to jump into the water even if you have a lifejacket. It could then cause two victims.

Mars Report editor’s note: This true, first-hand account was sent to MARS for dissemination. You too can send us reports, long or short. Pictures are appreciated but drawings, as here, are also accepted. Help others learn not to make the mistakes you did.

Also read: Know what to do when a someone falls overboard

This accident was covered in the Mars Reports, originally published as Mars 202143, that are part of Report Number 347. A selection of this Report will also be published in SWZ|Maritime’s October 2021 issue. The Nautical Institute compiles these reports to help prevent maritime accidents. That is why they are also published on SWZ|Maritime’s website.