Wärtsilä and Solvang to retrofit tanker with carbon capture and storage 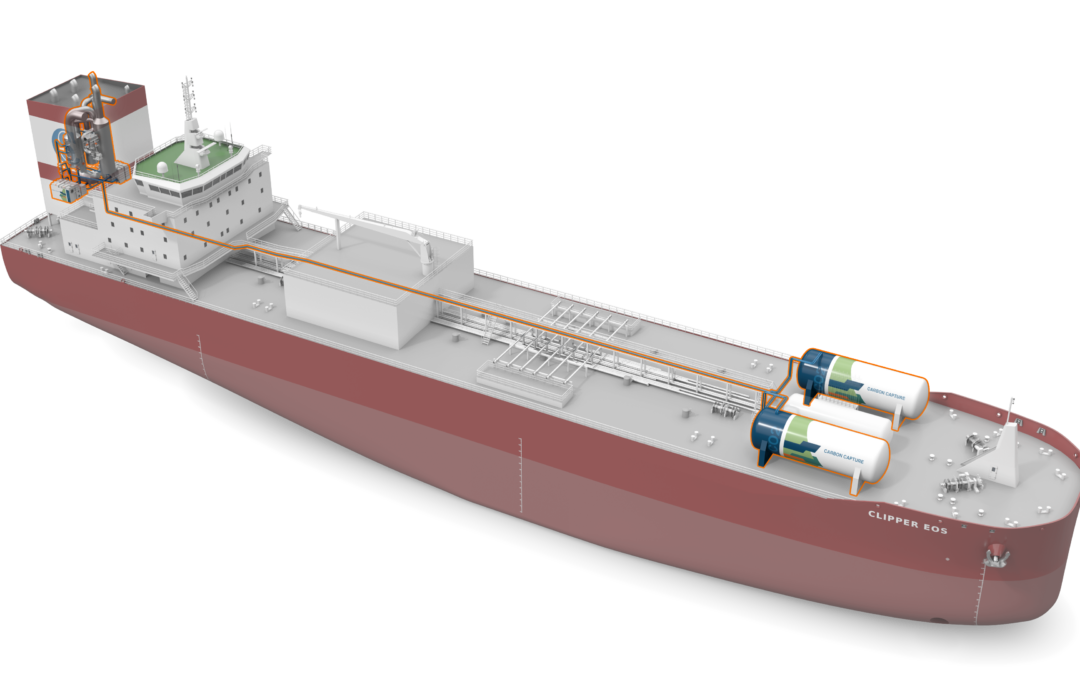 Wärtsilä Exhaust Treatment and Solvang ASA have agreed on a full-scale pilot retrofit installation of a carbon capture and storage (CCS) system on one of Solvang’s ethylene carriers, the 21,000-m3 Clipper Eos. Wärtsilä designs the retrofitted unit, which is to be placed on board the ship in 2023.

The retrofitted unit is being developed while Wärtsilä also completes a land-based 1-MW test system at its Moss headquarters in Norway. The land-based unit will be completed in autumn 2021. The project is part of R&D efforts into carbon capture at the point of exhaust to support the shipping industry’s decarbonisation pathway.

To remain in line with the IMO’s decarbonisation targets, Wärtsilä is initially aiming for a seventy per cent reduction in CO2 emissions at the point of exhaust with its pilot unit.

‘Joining forces with Solvang to build and retrofit a commercially viable CCS technology demonstrates to the industry that we are only two or three years away from bringing to market another vital tool in shipping’s decarbonisation toolkit,’ says Sigurd Jenssen, director at Wärtsilä Exhaust Treatment. ‘We are excited to see how this collaboration with Solvang evolves in the coming months. Our land-based test unit is nearing completion, and we will then move to making it a reality on the Clipper Eos, ensuring that both Wärtsilä and Solvang remain at the forefront of maritime sustainability technology advancement.’

The vessel, Clipper Eos has been time chartered by Marubeni Corp., Tokyo since its delivery from the shipyard in 2019. Marubeni, having more than 40 years’ experience trading and handling ethylene, advise that they are committed to cooperating with Solvang and Wärtsilä to enable the parties to perform relevant testing and installation of equipment on the vessel in a mutual effort to drastically reduce the CO2 footprint of the vessel.

In addition to signing a Letter of Intent with Solvang and scaling its Moss CCS test unit, Wärtsilä recently announced it is partnering with the LINCCS consortium to scale and create carbon capture technologies and infrastructure. The consortium recently received 111 million Norwegian Kroner (close to 11.5 million euros) in funding to CCS research and development.