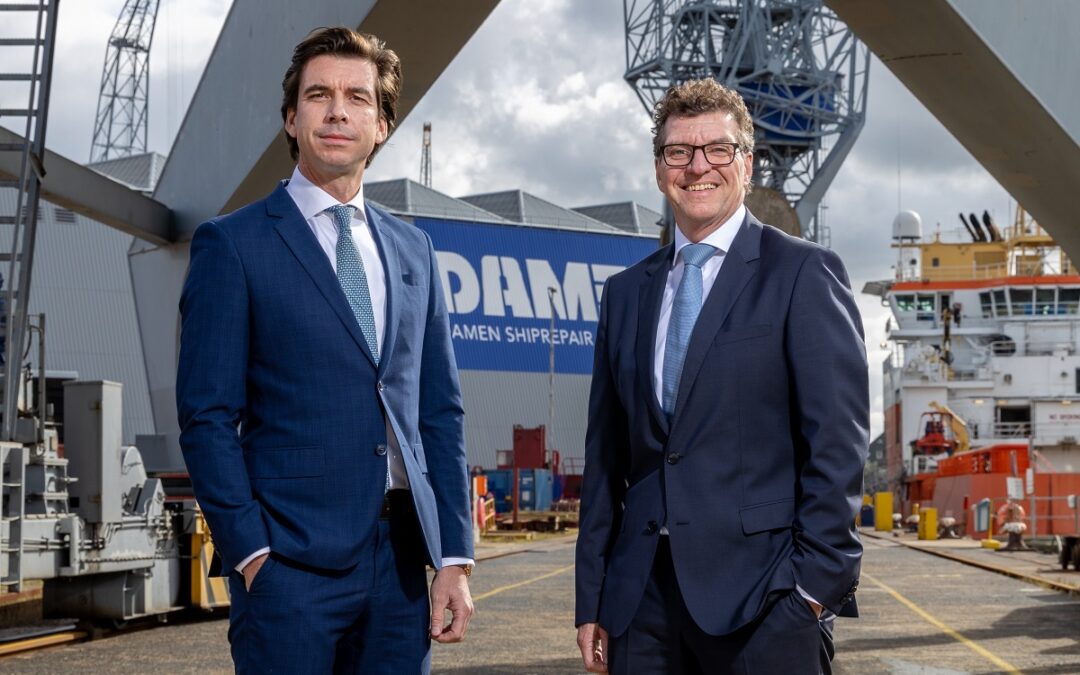 With effect from 1 November, Jeroen Heesters will be the new managing director of Damen Shiprepair & Conversion, one of the seven divisions of the Damen Shipyards Group. With finance director Eric Snoeren, who joined the division on 1 October, he will make up the management team.

After graduating in mechanical engineering, Heesters worked in the oil and gas industry. In 2008, he moved to Damen Shipyards Group, where he worked for Damen Shiprepair Rotterdam and Damen Shiprepair Vlissingen, among others. From 2017 onwards, he was the Group commercial director for the entire Damen Shiprepair & Conversion division.

Snoeren studied econometrics and business economics at Tilburg University, where he also obtained his Postdoctoral Accountancy (RA) degree. He started his career at KPMG Accountants and worked later in financial positions at AVR Bedrijven, VODW and Ricoh Europe. From 2013 onwards, he was the chief financial officer and co-owner of payroll organisation Payper.

Heesters and Snoeren will succeed Ton Remmelzwaan and John-Harold Every respectively. The latter have occupied these positions recently on an interim basis. They will stay on until the end of the year to introduce the new management team to the work.