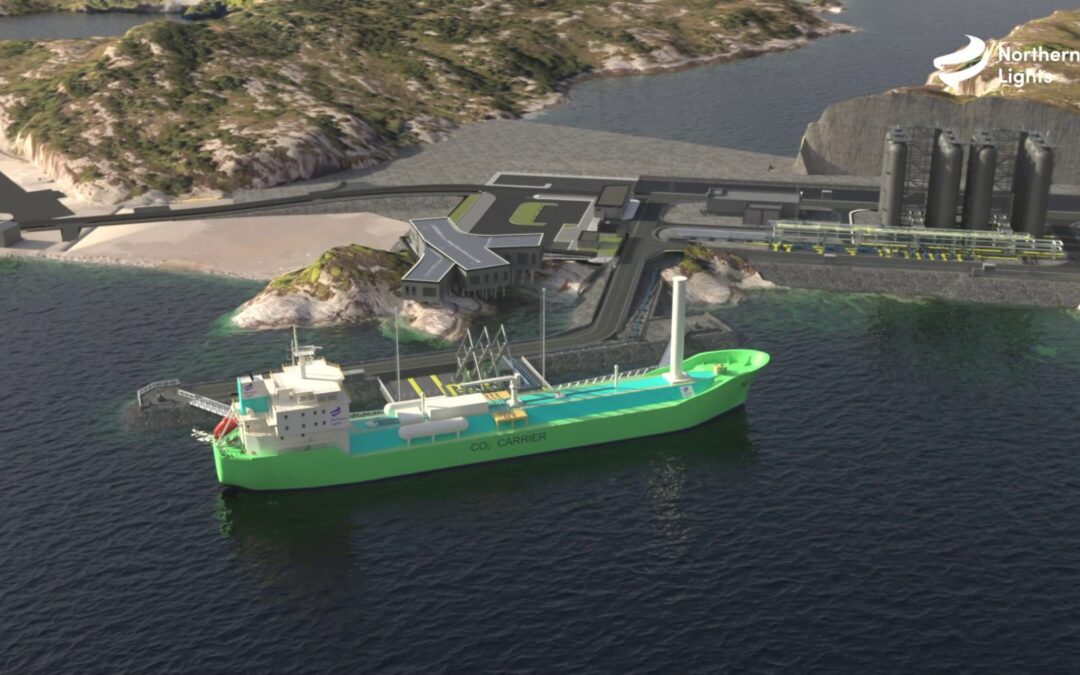 As part of the first phase of its CO2 transport and storage infrastructure development, Northern Lights from Norway has ordered two dedicated CO2 carriers, each with a cargo size of 7500 m3 and a length of 130 metres. The ships will be built by Dalian Shipbuilding Industry and will be ready for delivery by mid-2024.

The vessels are designed to transport liquid CO2 with purpose-built pressurised cargo tanks. The primary fuel for the ships will be LNG, keeping emissions low. Other innovative technologies, such as a wind assisted propulsion (WASP) system and air lubrication will be installed to reduce carbon intensity by around 34 per cent compared to conventional systems. The ships are the first of its kind and will potentially set a new standard for CO2 shipping on coastal trading routes.

‘The use of ships will enable the development of a flexible and efficient European infrastructure network for transport of CO2 captured by our industrial customers, keeping costs as low as possible to help decarbonisation scale up. I am also very pleased that these ships will be built to keep their own emissions to a minimum through use of innovative technology,’ says Børre Jacobsen, managing director of Northern Lights JV.

Dalian Shipbuilding Industry Co. Ltd. is located in Dalian, Liaoning province, China. The ships will be registered in Norway and operated by Northern Lights under Norwegian flag and classed by DNV.

Once in operation, the ships will load captured and liquefied CO2 from European emitters and transport it to the Northern Lights receiving terminal in Øygarden in western Norway. The CO2 volumes will be accurately measured and reported throughout the value chain. These will be independently verified, and the necessary documentation provided to regulators and customs officials.