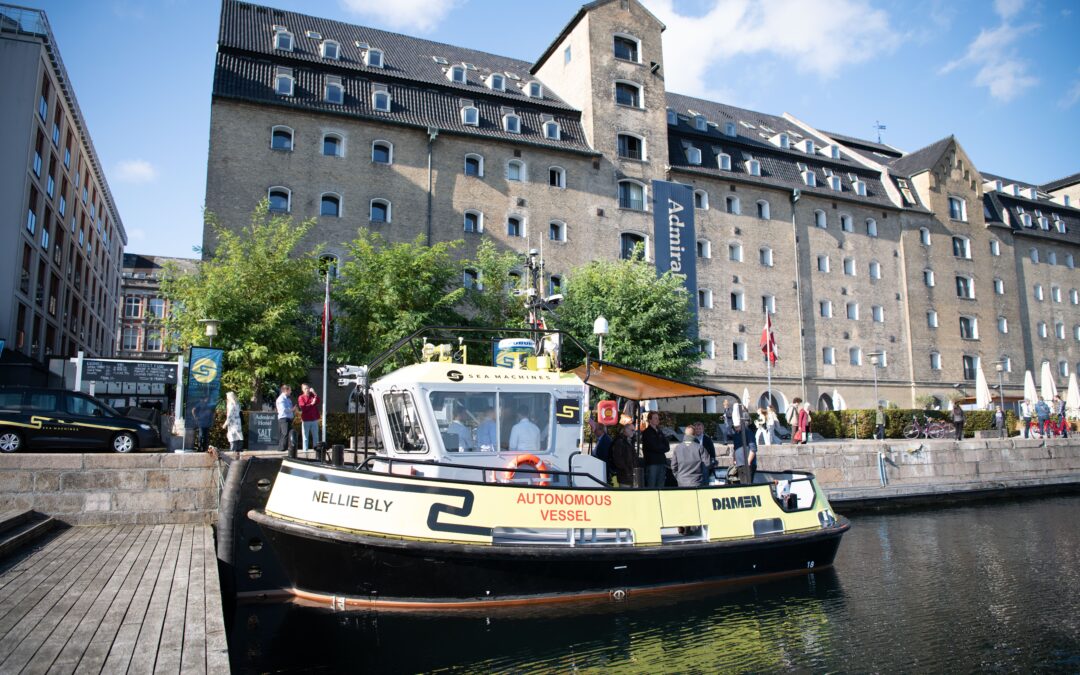 Sea Machines has completed nearly 400 nautical miles of The Machine Odyssey, an autonomous voyage of the tug Nellie Bly. Upon arrival in Copenhagen, Sea Machines’ SM300 autonomous system had executed 22 collision avoidance manoeuvres, as well as provided thousands of virtual onlookers with live camera views and situational awareness data along the way.

Boston-based mariners commanded and controlled the Nellie Bly from a control room more than 3600 miles away. The vessel arrived in Copenhagen on 5 October. The route takes the tug around Denmark.

‘We continue to push the boundaries and capabilities of our system on each and every leg. The SM300 is proving to be a resilient piece of technology that is allowing us to complete our legs with ease,’says Sea Machines’ Captain Steve Turano, project manager for The Machine Odyssey.

Although The Machine Odyssey isn’t the first autonomous marine voyage to make headlines, no other company has committed to the distance and full transparency of live data and voyage updates like Sea Machines is doing. Made possible by a real-time mission dashboard, never before have viewers had the opportunity to witness autonomous technology’s operational readiness for long-distance voyages at sea.

Sea Machines’ Captain Bill Powers, who has ridden aboard the Nellie Bly for the majority of the journey: ‘This particular voyage is a challenging one, both operationally and due to weather. We’ve been pleased with the SM300’s ability to remain securely connected, execute the course as planned by the commanders in Boston, and reliably avoid obstacles. It’s exciting to showcase the future of marine navigation in real time right now.’