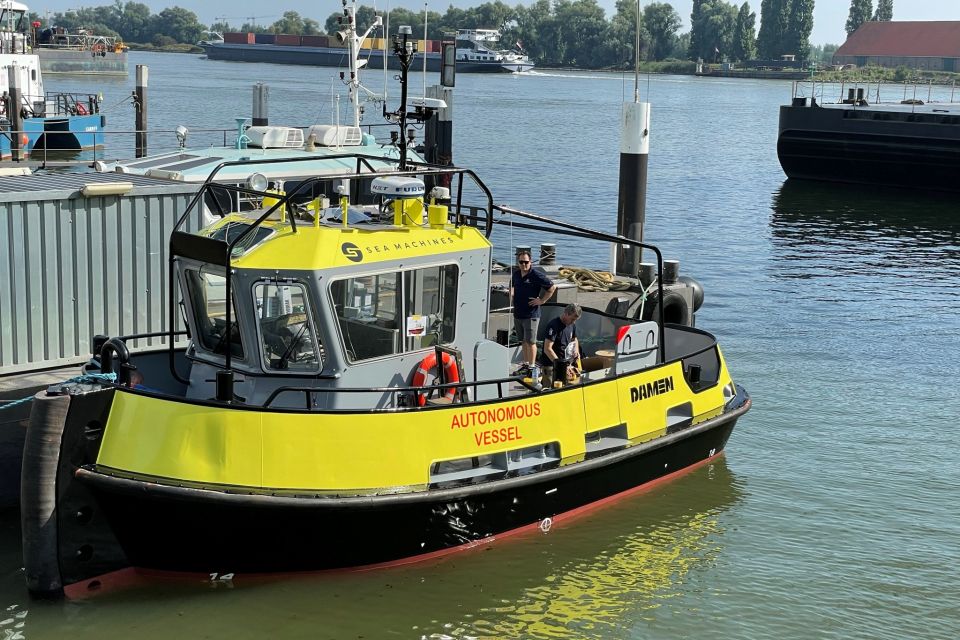 Sea Machines Robotics plans to circumnavigate Denmark on a remotely commanded commercial voyage. The Damen built and designed tugboat Nellie Bly will depart from Hamburg, Germany, on September 30. It is equipped with full onboard vessel control managed by autonomous technology, while operating under the authority of commanding officers located in the United States.

The company, which develops autonomous command and control systems for the maritime industry, calls the voyage ‘a landfall moment for autonomous transportation’. With the project, named The Machine Odyssey, Sea Machines seeks to prove that the world’s waterways are ready for long-range autonomy. In addition, the company will use the project to show that integrating autonomous technology into vessel operations results in technology-driven benefits, from enhanced safety and reliability to leaps in productivity and new on-water capabilities.

Throughout the multi-week 1000 nautical mile voyage, the Nellie Bly will carry two professional mariners and occasional guest passengers and will call on ports along the route to display and demonstrate the technology. Sea Machines will stream the journey live on a website dedicated to The Machine Odyssey for all to have access to 24/7 updates from the sea, the crew, the command center, and more.

At the helm will be the Sea Machines SM300 autonomy system, which will also utilise the latest in the company’s long-range computer vision. The SM300 is a comprehensive sensor-to-propeller autonomy system that uses advanced path-planning, obstacle avoidance replanning, vectored nautical chart data and dynamic domain perception, all to control a voyage from start to finish. The SM300 provides the remote human commanders with an active chart environment with live augmented overlays showing the mission, state of vessel, situational awareness and environmental data, as well as real-time, vessel-born audio and video from many streaming cameras.

‘As a technology space leader, Sea Machines takes it as our duty to embark into new waters, motor through any and all fog of uncertainty, and prove the value within our planned technology course,’ says Michael Johnson, CEO of Sea Machines. ‘Just as other land-based industries shift repetitive, manual drudgery from human to predictable robotic systems, our autonomous technology elevates humans from controller to commander with most of the direct continuous control effort being managed by technology. This recast human-technology relationship is the basis of a new era of at-sea operations and will give on-water industries the tools and capability to be much more competitive, end the erosion of high-value cargo to air and road, put more vessels on water, operate in better harmony with the natural ocean environment and deliver new products and services.’