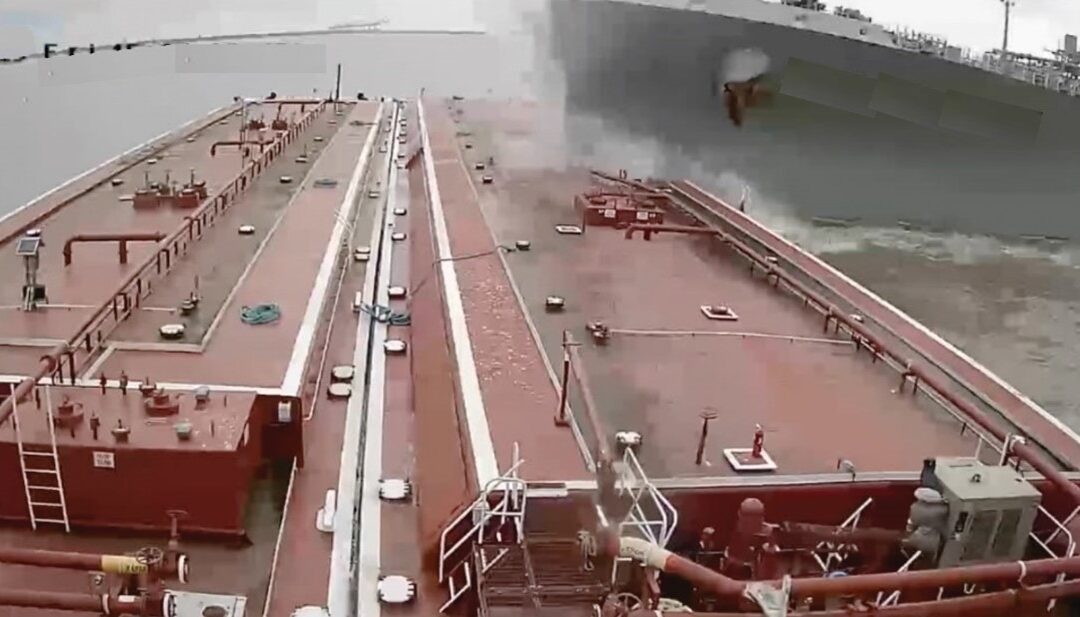 Research on hydrodynamic interaction indicates that if the speed of the ship near a bank is too high, the rudder may be less able to cope with the forces induced and control will be lost. The Nautical Institute highlights this in its latest Mars Report, in which an LPG carrier hit a barge being towed by a tugboat as a result of hydrodynamic forces.

A loaded LPG carrier was under pilotage in a restricted waterway, outbound for the sea. It had met several inbound vessels without incident, and the pilot requested full sea speed. As the vessel’s speed increased and approached 12 knots, another vessel was approaching inbound. The pilots had agreed to a port-to-port encounter. As the two vessels met, several helm orders were needed to control the LPG vessel’s trajectory.

The LPG carrier was nonetheless shifted to starboard, close to the waterway bank. At this point, hydrodynamic forces came into play. The vessel was by now making 12.6 knots, swinging to port and crossing the channel directly towards an inbound tug pushing two barges side by side. Both barges were fully laden with a gasoline blending stock.

The tow was making about 5.3 knots speed over ground and was about 0.7nm from the LPG carrier. The pilot on the LPG carrier ordered hard starboard rudder, then called the tug on VHF radio. The LPG carrier’s bow was now pointing directly at the tug and its barges. The pilot realised the LPG vessel was not going to make it back to the starboard side of the channel, so he requested the tug Master to ‘Go to the greens’, meaning the tug and barges should cross the channel so the vessels would then pass starboard to starboard.

The tug master complied and gave full port rudder, but within minutes the LPG vessel’s bow struck one of the barges midship on the starboard side, penetrating the double hull and breaching two cargo tanks in that barge. The force of the collision capsized the second barge although no tanks were breached.

No crew on either vessel were injured, but nearly two million litres of gasoline blending stock were lost into the waterway. The two barges, with a combined insured value of $2,789,643, were later determined to be constructive total losses and scrapped.

The official investigation found, among other things, that the combined effect of the speed of the LPG vessel passing another large vessel in the asymmetrically shaped channel resulted in an uncontrollable sheer to port by the LPG vessel, initiating the chain of events that led to the collision.

This accident was covered in the Mars Reports, originally published as Mars 202138, that are part of Report Number 346. A selection of this Report will also be published in SWZ|Maritime’s September 2021 issue. The Nautical Institute compiles these reports to help prevent maritime accidents. That is why they are also published on SWZ|Maritime’s website.