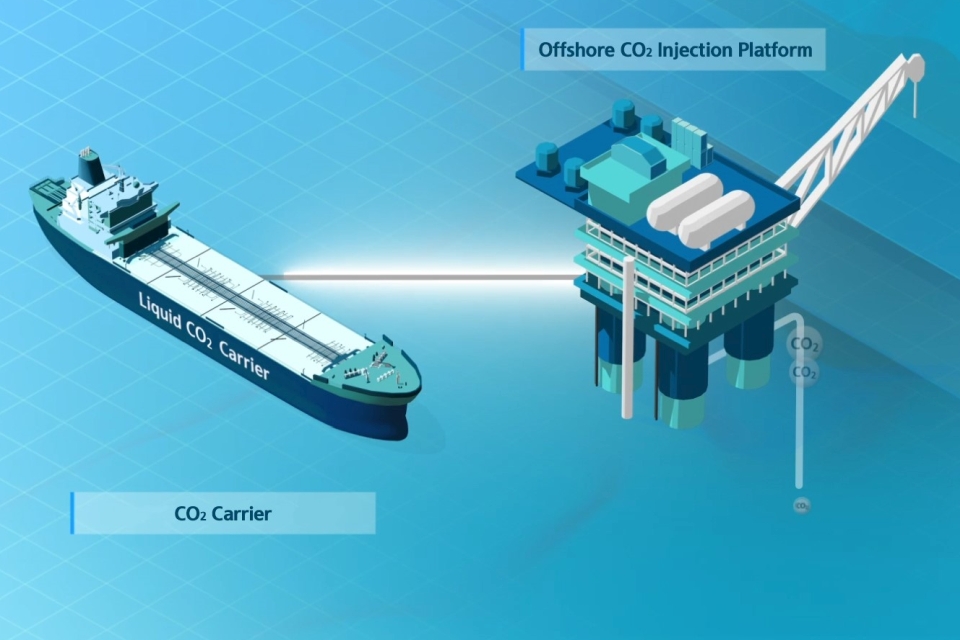 Carbon capture and storage is gaining traction and liquefied CO2 carriers will be needed for transport. Hyundai Heavy Industries and Korea Shipbuilding & Offshore Engineering have come up with a design for such a vessel. With its 40,000-m3 capacity, it is much larger than current carriers, which are limited to less than 2000 m3.

The 40,000-m3 class liquefied CO2 (LCO2) carrier is 239 metres long, 30 metres wide, and has a depth of 21 metres. The vessel will be equipped with seven IMO type-C cargo tanks with a total capacity of 40,000 m3. It is designed to carry LCO2 cargo only, but multi-cargoes such as LPG or ammonia can also be considered. Classification society DNV and the Liberian International Ship & Corporate Registry (LISCR) awarded the approval in principle.

Thomas Klenum, senior vice president of Maritime Operations, who led LISCR’s review and approval process, adds: ‘This project will be very important for the design and capabilities of the LCO2 fleet of the future.’