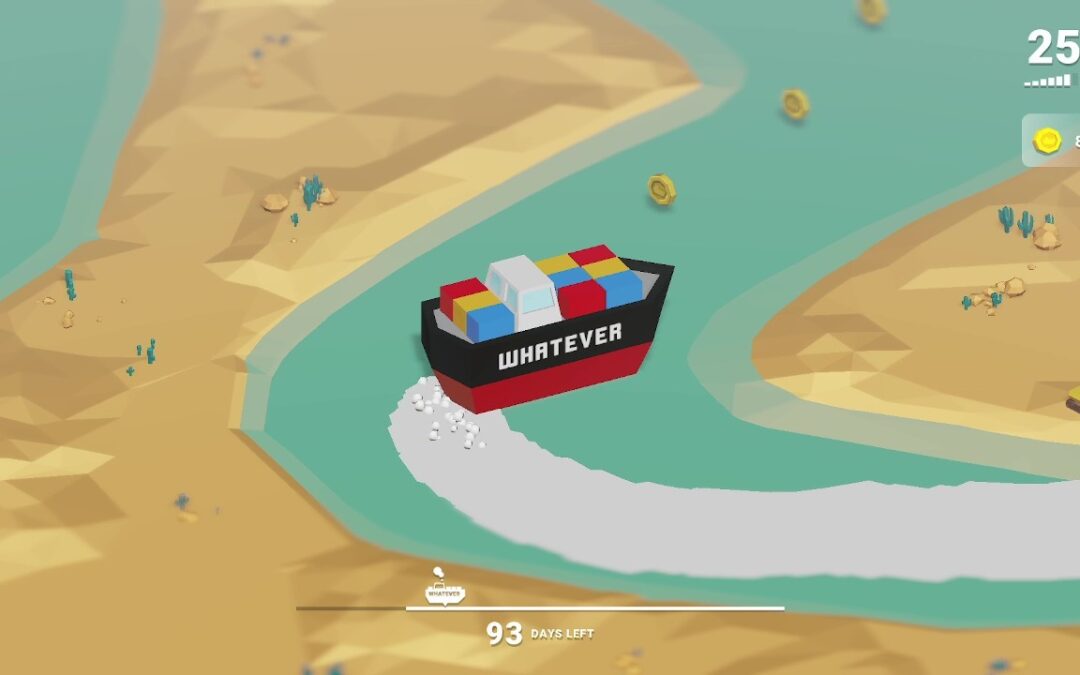 The Ever Given grounding the Suez Canal in March forms the inspiration for a new online game called Whatever. Players have to sail the ship through the canal to deliver its cargo on time and without getting stuck.

The game was created by Solo Developer Napas Torteeka reports 80 Level. In addition to wind and whirlpools, less realistic obstacles like UFOs will also have to be overcome. According to 80 Level, ‘the more you progress, the more challenging the process will become’. The game has not yet been released. The Steam website says it will become available soon.

The Ever Given became world famous in March when it grounded in the Suez Canal in a sandstorm. It took about a week before the ship could be refloated. In that time, a traffic jam of hundreds of ships ensued and worldwide trade was disrupted.