Container ship Ever Given finally arrives in Rotterdam 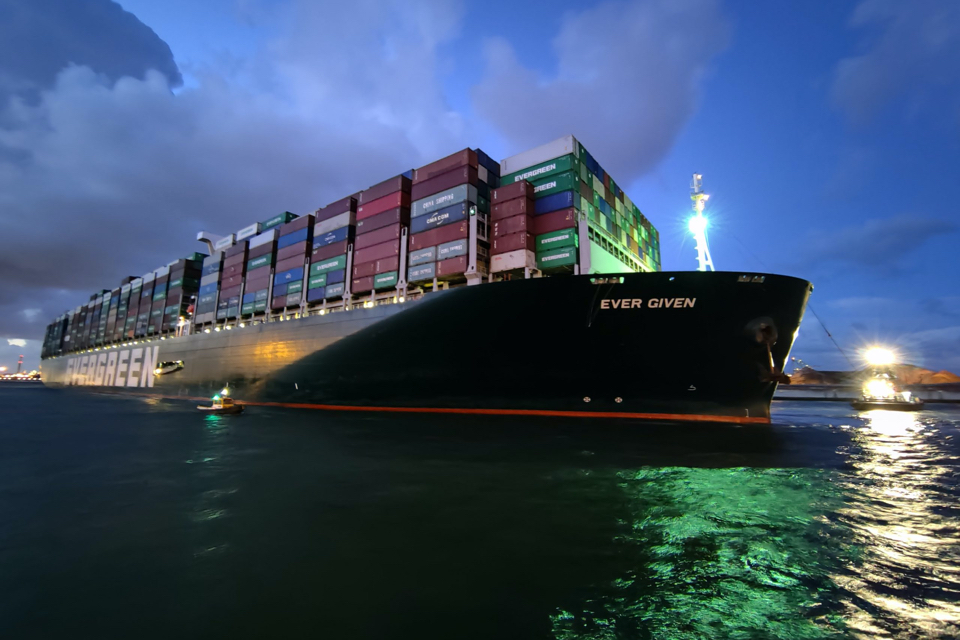 The container ship Ever Given, which blocked the Suez Canal in March, arrived in the port of Rotterdam early Thursday morning. The ship is expected to remain in Rotterdam until early August to unload and load containers. After that, it will leave for Felixstowe, England.

The Ever Given became world famous in March when it grounded in the Suez Canal in a sandstorm. It took about a week before the ship could be refloated. In that time, a traffic jam of hundreds of ships ensued and worldwide trade was disrupted. Some of the ships that actually wanted to go through the canal decided to sail around Africa.

After the Ever Given was freed, the ship was detained by the Egyptian authorities for months. During that time, the owner and the Suez Canal Authority were in dispute about compensation. It is unclear exactly how much was paid, but it was rumoured to be 540 million dollars and a new tugboat.

Only when an agreement was reached about the payment of compensation to the canal authority was the Ever Given allowed to leave. The container ship left the Suez Canal at the beginning of July. The vessel then anchored for several days near the port of Port Saïd to prepare for its journey to be resumed. At 05:15, the Ever Given arrived at the quay of the ECT Delta terminal in the Amazonehaven.

The cargo, coming from China, arrives months late. On board are numerous goods, from school diaries and solar panels to garden wood and bicycles. Concerned entrepreneurs have recently expressed their concerns about the cargo in the media. For example, there are said to be containers with fruit and vegetables on board, of which the condition is questionable.

Evergreen Marine Corporation and Hutchison Ports ECT Rotterdam (ECT) have developed a plan in close cooperation for the handling of the Ever Given in Rotterdam. All European continental containers will be unloaded in Rotterdam.

Evergreen and alliance partners have made or are making arrangements with cargo owners or their representatives to pick up cargo after it has been offloaded.