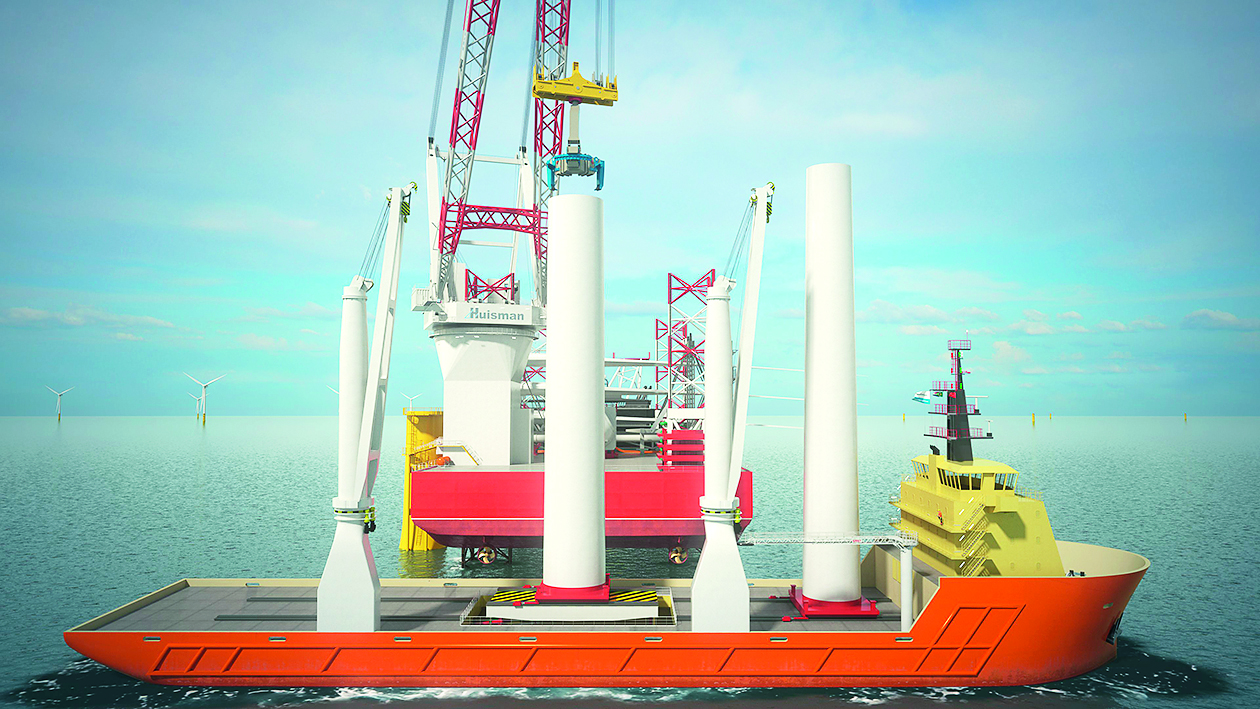 As part of his “buy American” policy, President Joe Biden has declared the American offshore wind sector a forbidden hunting ground for foreign contractors. Dutch offshore supplier Huisman, however, thinks it can find a way around this.

The Biden administration has enacted the archaic Jones Act of 1920 to prevent non-US contractors from exploiting the market for the construction of wind farms in US coastal waters. This market is still in its infancy and lags far behind Europe and Asia. However, the US wind farm market is generally expected to become a contractor’s Eldorado over the next decade, generating billions in annual sales.

The core of the controversial, because inherently protectionist, law is that transport between American ports can only be carried out by American ships. Ships are only Jones Act proof if they are built in the US, the crew is American and they are owned by an American company. Exceptions are possible, for example for specialised offshore vessels that the US simply does not have. But then a special exemption has to be obtained.

The American offshore wind lobby has managed to get it accepted that the transport of wind turbines in parts from the port to the wind farm at sea is regarded as domestic transport. According to this reasoning, the foundations of a wind turbine are American territory and therefore taboo for foreign installation companies. It would seem impossible to argue with this, but Huisman from Schiedam, the Netherlands and builder of the world’s largest offshore cranes, thinks that it has found a loophole.

The company has launched a design of a Jones Act-proof “feeder vessel” that will take the components, including masts, blades and the generator house (the nacelle), to the wind farm under construction. There, an installation vessel from a non-US contractor takes over the turbine parts and installs them on the foundation. The crux is that this type of vessel, a jack-up, jacks itself up along extendable legs. At that point, it is considered a platform, an object that does not transport anything and only installs parts, and therefore does not fall under the Jones Act.

The feeder ship in question does fall under it, of course, and must therefore be American-built, et cetera. The feeder concept is not completely new. Norwegian Fred. Olsen Windcarrier applied it five years ago in the construction of Block Island Wind Farm, the first commercial US wind farm. It consists of five turbines with a total capacity of thirty megawatts.

According to Cees van Veluw, product manager at Huisman, which announced the concept to the world at the end of April, there is a lot of interest. He speaks of ‘many reactions, both from the US and abroad’. It is still too early for concrete projects, but he is confident that the design will actually result in the construction of one or more of these wind farm feeders.

Now, transferring colossal wind turbine parts from the feeder to the jack-up vessel at sea, while currents, waves and wind have free play, sounds a lot simpler than it actually is. Just try to get the crane hook to the rack that carries the fragile blades when it is on a wobbly ship. Or to the dozens of metres high mast sections, which are usually transported upright and whose tops swing back and forth considerably.

So Huisman pulled a second rabbit out of the hat in the form of a motion-compensated platform, which is built into the belly of the ship. This makes use of the concept with which Ampelmann caused a stir in recent years. As far as we know, it would be the first time that such a platform was installed in the hold of a ship. 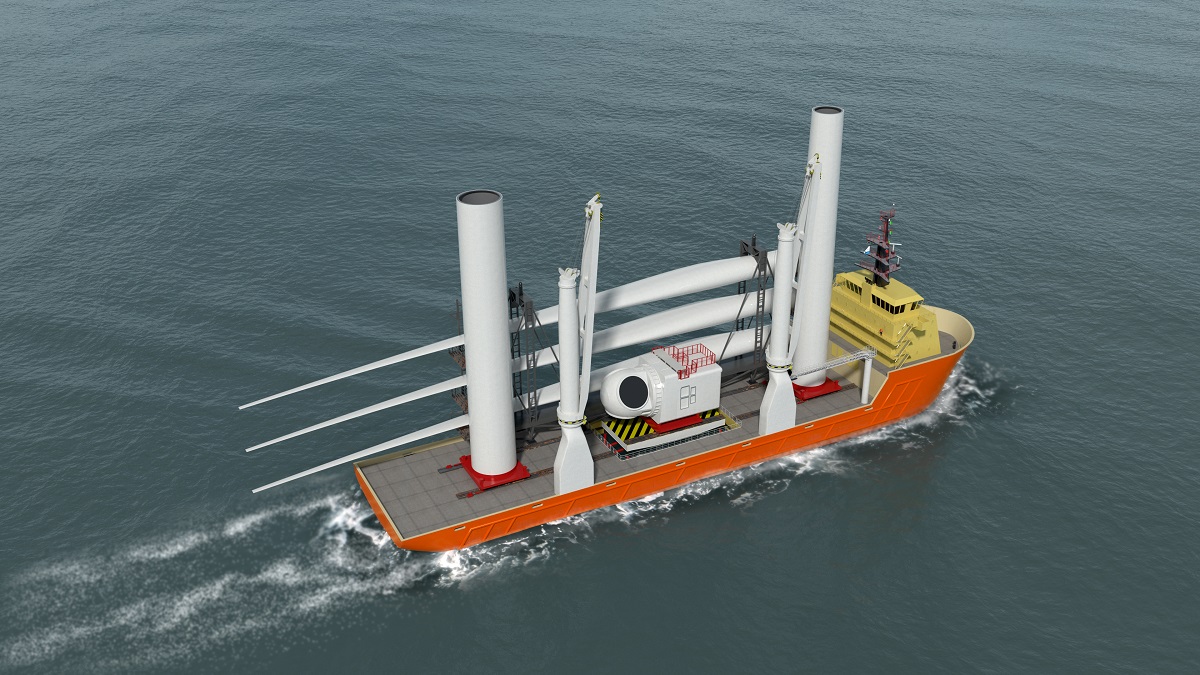 The system of motion compensation should ensure that the mast section remains perfectly vertical, even if the ship below it moves in all directions. The crane on the installation platform should therefore be able to pick up the component without much difficulty. Of course, this has its limits, but according to Van Veluw, it can still be used in heavy seas. On board the feeder, the parts are slid onto the platform by means of a carriage system, so that the ship can transport the parts of several wind turbines in one trip.

According to Huisman, the feeder concept is much cheaper than deploying a Jones Act installation vessel. One of these is currently under construction. An American subsidiary of the Singaporean company Keppel received an order for this last year from power company Dominion Energy in Virginia. The vessel must be ready by the end of 2023 and will cost around half a billion dollars.

But according to Van Veluw, it is not absolutely necessary to build a new ship for the US market. ‘There is an international pool of installation vessels available and European owners are very interested in sending their ships to the US. We think the cost of that is more than half of that of a US-built platform.’

He estimates the construction costs of a feeder vessel of around 125 metres in length at between 100 and 150 million dollars. The total construction period would take two to three years. Van Veluw: ‘There are a couple of big wind farms in the pipeline, so I don’t exclude the possibility of a concrete project in the not-too-distant future.’