How Boskalis had one of its dredgers scrapped in Mexico 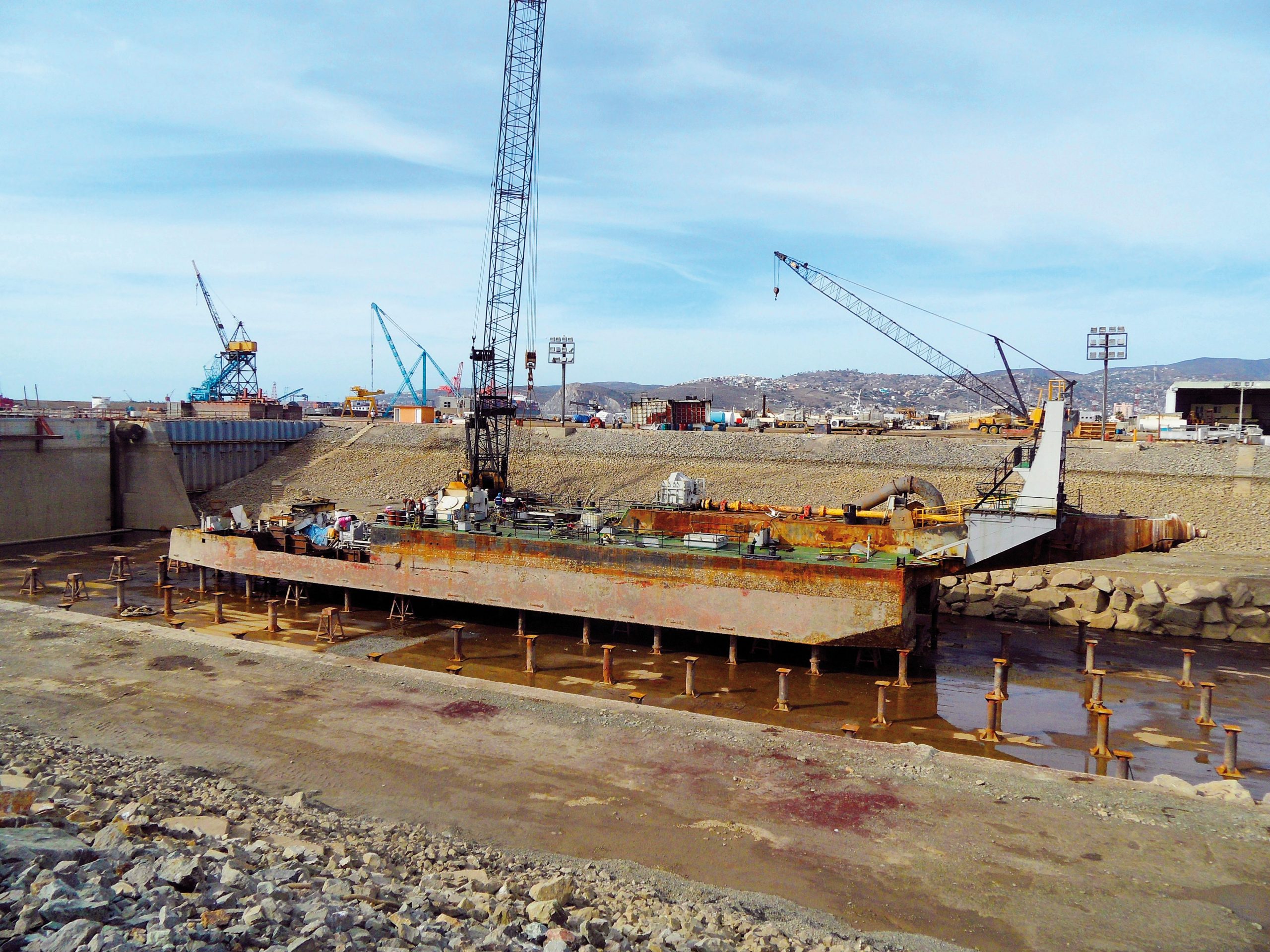 The cutter suction dredger Amstel was built for Boskalis by IHC De Klop in Sliedrecht, the Netherlands, in 1978. Having executed numerous dredging works for decades, it was decided to take this ageing dredger out of service and to recycle it in a sustainable manner.

Hailing from the IHC Beaver 8000 stable, it was constructed as a 60-metre-long H-shaped pontoon with two spud poles aft and a cutter ladder with gantry forward. Mooring and advancing the dredger was through a spud carriage and Christmas tree anchoring system. Total installed power was 6150 kilowatts (kW) and the maximum dredging depth was 24 metres.

After a career in Europe, the Amstel was moved to Mexico to join the fleet of Dragamex, a wholly-owned Boskalis subsidiary. In its new homeport Coatzacoalcos, it came under the Mexican flag. After the ageing dredger started showing inevitable wear and tear of the hull and dredging equipment, it was decided to have the ship recycled. Transporting the dredger for this purpose to another continent was not the favoured option. Not only for economical, but also for environmental reasons. Instead, Boskalis decided to take recycling matters in its own hands within Mexico. Amstel’s last dredging works took place at the west coast of Mexico. Scouting for local recycling capacity there made sense. Boskalis already had some good experience with one yard in Ensenada, Baja California, where the cutter dredgers Para and Mercurius had been scrapped in a pilot project. This yard has a concrete floored dry dock and operates three large mobile cranes.

In 2014, this ISP/Amaya Curiel yard was selected once again for the Amstel recycling. Learnings from the previously executed projects at this yard could thus be implemented. Tried and tested dismantling procedures could be further improved for the Amstel. Compliance of the yard to the Hong Kong Convention was audited by Germanischer Lloyd.

Supervision of the recycling process

The preparations for the recycling of the Amstel were carried out by Boskalis in Mexico. The Inventory of Hazardous Materials (IHM) was done by Boskalis’ fleet management department under the supervision of Germanischer Lloyd. Based on this assessment, the vessel was pre-cleaned. Asbestos and other hazardous materials were removed by the owner and the oil and fuel tanks were cleaned prior to yard delivery.

Some equipment was salvaged for re-use in the Boskalis fleet: Spare parts, density meters (with radioactive sources) and a Caterpillar auxiliary engine.

After the completion of hull pre-cleaning and equipment removal activities, the dredger was towed to the recycling yard. The Amstel was dismantled on the hard surface of the yard’s dry dock, which was one of Boskalis’ prime requirements.

The recycling process was supervised by two company representatives. Upon Boskalis invitation, a third-party verification of the Amstel recycling practices was done by the independent NGO Shipbreaking Platform. Furthermore, scientists from the University of Baja California were called in to monitor the quality of the air, water and ground during the dismantling activities and to check the processing of hazardous substances.

In good collaboration with these local and international stakeholders, Boskalis implemented its policy on sustainable ship recycling. This policy has three core elements: Strict safety, health and environmental requirements, a hard surface on which to dismantle the vessel, and responsible disposal of waste.

The Boskalis fleet manager concluded at the time: ‘We took the vessel preparations and dismantling supervision in our own hands. Nobody knows our equipment better than ourselves. We worked closely with NGO Shipbreaking Platform to turn our ship recycling policy into a best practice.’