Do you check the internal condition of your ship’s wire ropes? 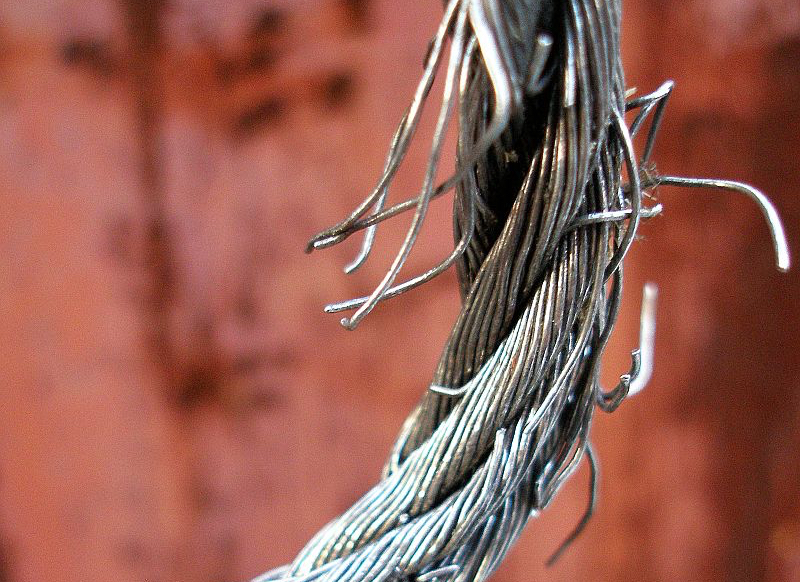 Despite the external condition appearing good, wire ropes on board ships can still be damaged on the inside. A recent Mars Report of The Nautical Institute describes a near-miss in which an accommodation ladder wire rope failed. Do you check your ship’s ropes for internal defects with a marlin spike?

The vessel had finished berthing and the deck crew were deploying the starboard accommodation ladder for shore access. As the ladder was being lowered from its stowed position, the wire rope parted about two metres from its inboard end near of the outrigger’s outboard guide sheave. The gangway fell and hung vertically along the ship’s side.

Fortunately, no one was injured and the ladder was recovered and secured.

The wire had been installed 29 months earlier and had recently been inspected with no defects found. It was also reported that all rollers and moving fittings were able to turn freely without any signs of defects. The company’s post-incident investigation found that the wire’s external condition appeared good. However, its internal condition was found to be poor, with corrosion evident.

This accident was covered in the Mars Reports, originally published as Mars 202127, that are part of Report Number 343. A selection of this Report has also been published in SWZ|Maritime’s June 2021 issue. The Nautical Institute compiles these reports to help prevent maritime accidents. That is why they are also published on SWZ|Maritime’s website.