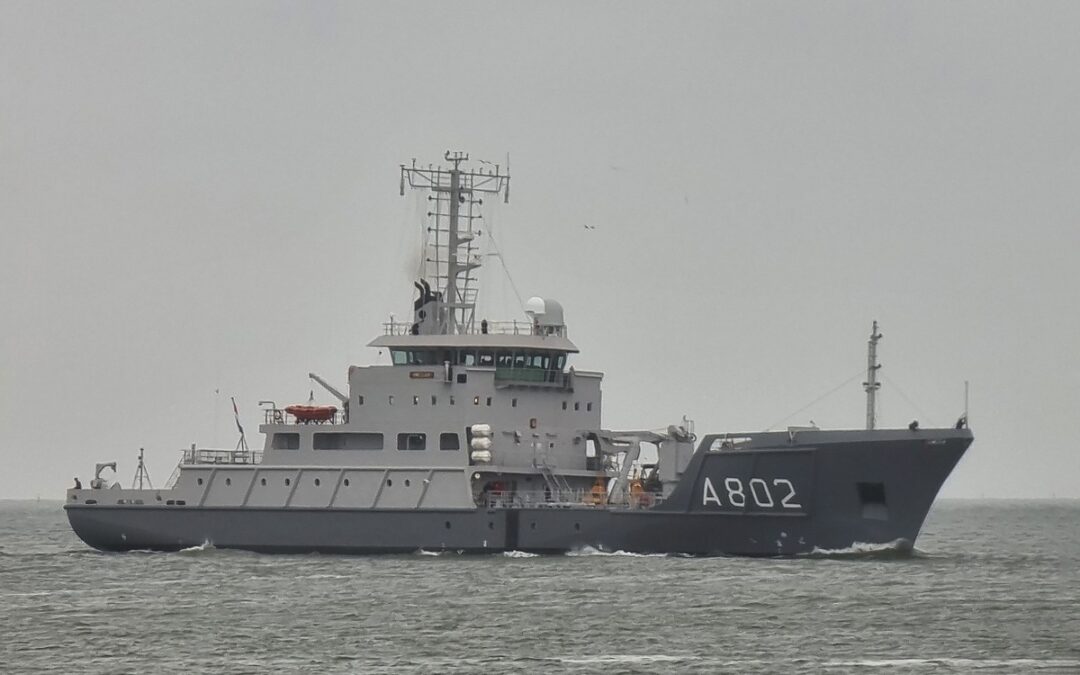 Damen Shipyards Den Helder has returned the HNLMS Snellius to the Royal Netherlands Navy following its mid-life upgrade. The hydrographic survey vessel required a complex and diverse scope of work taking almost a year to complete. The vessel was delivered ahead of the agreed date.

The Defense Materiel Organisation (DMO) of the Dutch Ministry of Defence) and the Directorate for Materiel Conservation (Directie Materële Instandhouding, DMI) were responsible for this major maintenance work on the ship. They commissioned the yard in Den Helder to carry out both the mid-life update and the necessary multi-annual maintenance simultaneously. Part of the project was carried out in the covered dock of Damen Shiprepair in Harlingen.

The assignment was carried out in close collaboration with numerous partners from the Dutch maritime industry, such as Nevesbu, Wärtsilä, Braspenning, Eekels, RH Marine, Bakker Sliedrecht and Kongsberg. Many of the platforms and Sewaco (sensor, weapon and command) systems were replaced or overhauled during the project. A number of works were also carried out to prepare the fifteen-year-old vessel for the second half of its lifecycle.

Following completion of the work, the vessel underwent an extensive test period and is now ready to once again perform hydrographic work for the Royal Netherlands Navy. Previously, its sister ship, HNLMS Luymes, underwent virtually the same maintenance and modernisation programme at the yard and is now also operating successfully again.

HNLMS Luymes (A803) and HNLMS Snellius (A802), which came into use in 2003 and early 2004, marked the beginning of a new chapter for the Dutch Hydrographic Service. The two hydrographic survey vessels, which are equipped with the most modern technology in hydrography, have the important task of mapping the seabed. They do this in particular in the North Sea and parts of the Caribbean.

The ships were built by Damen Schelde Naval Shipbuilding (DSNS) with, as usual, a strong participation from the Dutch maritime industry. More than eighty per cent of the purchase value was awarded to Dutch maritime suppliers, including various small and medium-sized companies.

The delivery of HNLMS Snellius, HNLMS Pelikaan and HNLMS Luymes brings to a successful conclusion a series a large-scale mid-life upgrade projects.