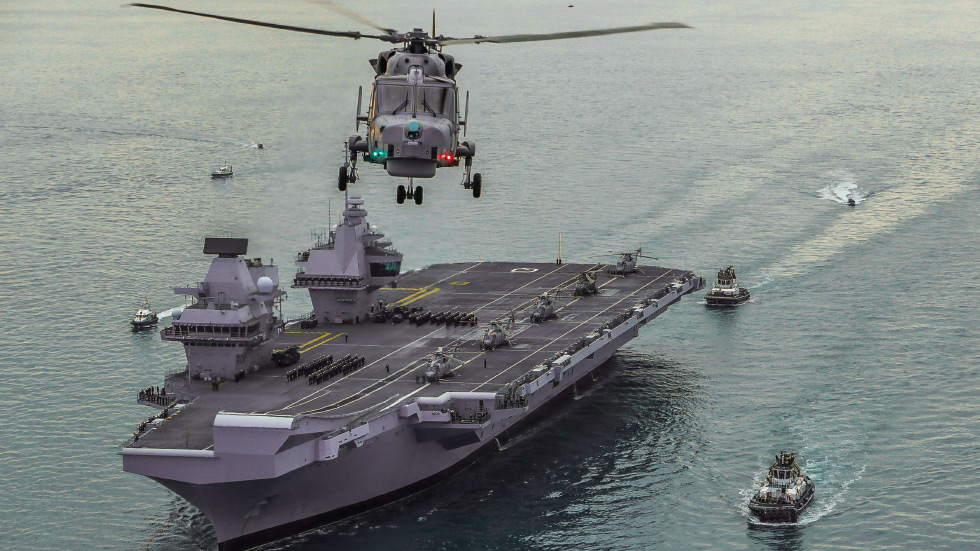 The new flagship of the British Navy has been hit by a Covid outbreak during its maiden voyage around the world. British media report that around 100 infections have been detected on board HMS Queen Elizabeth. Covid cases have also been discovered on board escort ships.

The aircraft carrier is travelling around the world, visiting some forty countries. Defence Minister Ben Wallace says he sees no reason to end the 28-week world tour prematurely. He does promise to support the commander of the Queen Elizabeth, ‘no matter what decision he takes’.

Crew members were presumably infected when they visited the town of Limasol in Cyprus at the beginning of July. Many dignitaries, including President Nicos Anastasiades, also came on board there. The ship is now in the Indian Ocean and will also visit Japan.

The British authorities say that there is no reason for concern. The crew is said to be fully vaccinated and many precautions are taken on board. For example, crew members have to wear face masks and contact tracing is being carried out. There are about 3700 people in the fleet, 1600 of whom work on board the flagship.

The aircraft carrier, which cost billions, departed from Portsmouth in May. According to the BBC, the British Government sees the fleet commanded by HMS Queen Elizabeth as a symbol of “Global Britain”: a Britain that, after the Brexit, once again claims an important role on the world stage. In the eyes of Prime Minister Boris Johnson, this also includes a powerful navy.