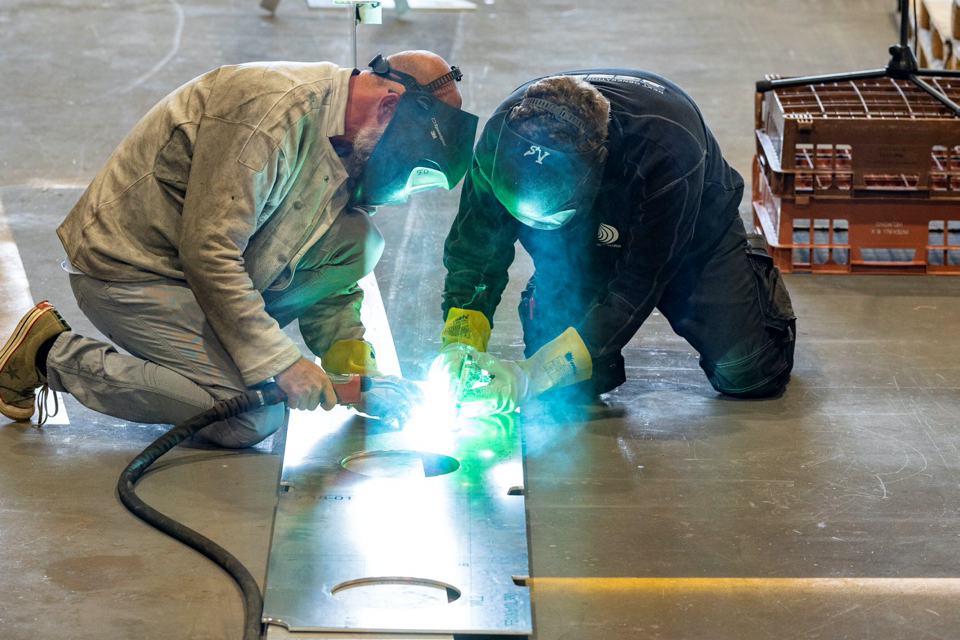 Next Generation Shipyards in Lauwersoog, the Netherlands, has begun construction of research vessel Adriaen Coenen by laying the keel. It will be the first vessel in the new research fleet of Royal Netherlands Institute for Sea Research (NIOZ).

The keel laying ceremony took place on 8 July 2021. Symbolically, a coin “for good luck” was welded on the keel beam. This was done by Henk van der Veer, former head of NIOZ Coastal Systems Research and member of the Taskforce Fleet Replacement, and Wim Jan Boon, future skipper of the RV Adriaen Coenen. NIOZ is the national oceanographic institute that manages the research fleet for marine researchers of the Netherlands.

With its shallow draught of one metre, the research and support vessel Adriaen Coenen is specifically aimed at day trips for research in the Wadden Sea and possibly in the Zeeland delta. Following the tendering procedure in 2020, NIOZ commissioned NG Shipyards at the beginning of this year to build the Adriaen Coenen. Next to the RV Adriaen Coenen, another two research vessels will be built to replace the entire national research fleet of three ships. The new ships are to ensure that not only NIOZ, but also universities and other research institutes will continue to have access to the Dutch and European marine infrastructure.

Henk van der Veer felt honoured to lay the coin and perform the first weld together with Wim Jan Boon. ‘We are impressed by the way NG Shipyards is optimising and improving the efficiency of the design. Not only me, but all future users are looking forward to seeing the ship being built and grow, but especially to putting it into service in the middle of next year.’