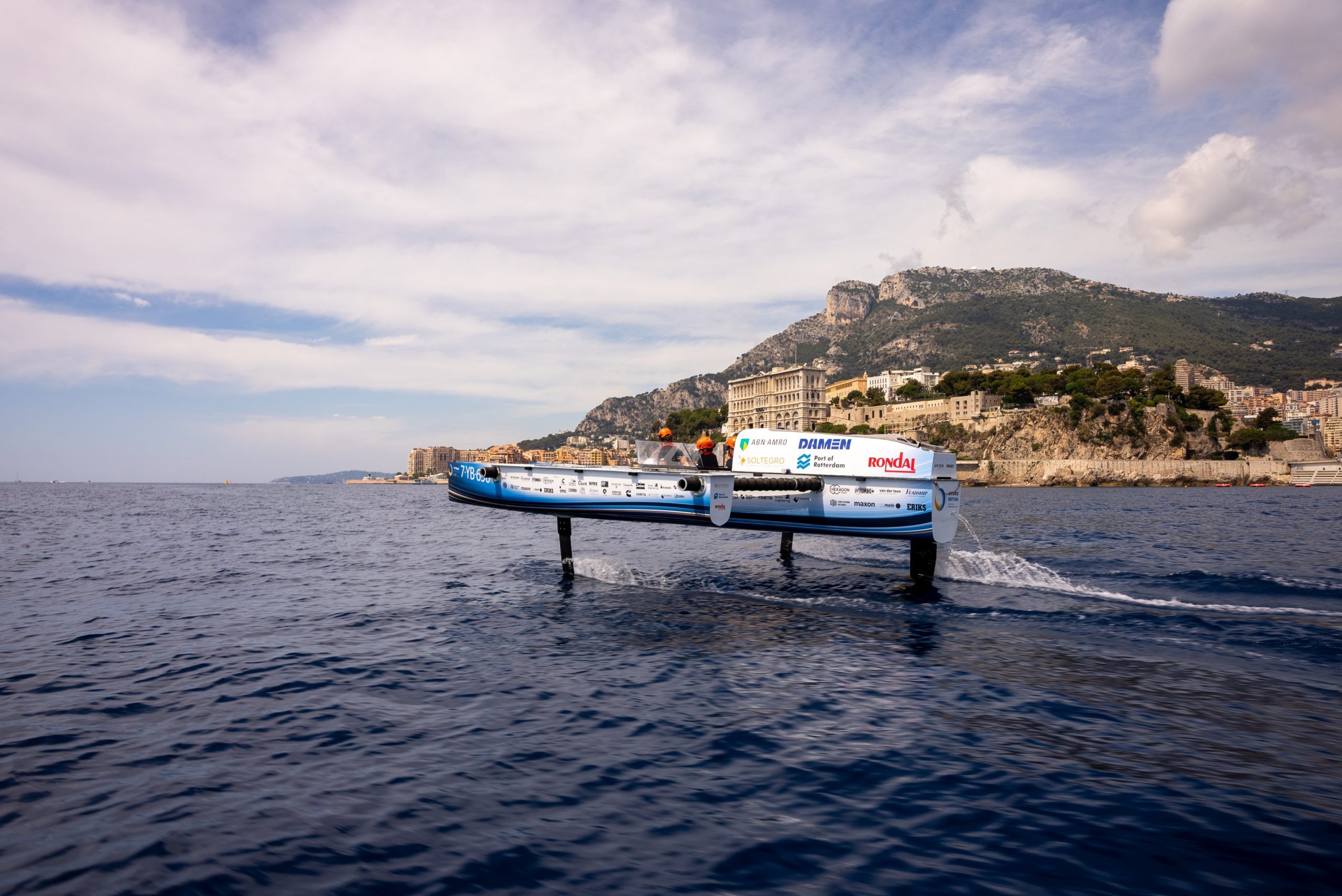 The experimental “flying” hydrogen boat designed by Delft University of Technology students has had to give up racing during the World Championships in Monaco. On Friday, a day before the decisive World Cup race off the coast of Monaco, the boat suffered major damage to its electrical systems. The damage proved too severe to repair in time.

After the start of the “coastal challenge”, the second part of the Championships (the Monaco Energy Boat Challenge), the hydrogen boat hit the water hard during a landing. This caused damage to the so-called “wizard box”, an important electronic component that regulates the voltage. As a result, the boat could no longer sail. The cause of this is still unclear. The three crew of the boat were evacuated according to safety protocols.

The boat was towed back to the port where a technical investigation was carried out. However, the electrical system was found to be too badly damaged to repair within a day. ‘We are very upset and bummed that we can’t finish the race. However, we are proud of the team effort we have made in creating the world’s first flying hydrogen boat,’ says team manager Simone Vis.

The boat is powered entirely by hydrogen. This makes it possible to efficiently store green energy in the boat, allowing it to sail longer distances. The twenty students in the team say they want to show the maritime sector that sailing long distances in a sustainable way is possible.

At a speed of 22 kilometres per hour, hydrofoils lift the trimaran from the water to reduce resistance and thus fuel consumption, while being powered by hydrogen. The hydrogen-powered boat has been optimised to take on the challenge of travelling six hours on the open sea without refuelling.

The boat is piloted by three pilots and reaches speeds of up to forty kilometres per hour. Hydrogen gas is stored under high pressure in an on-board tank. The fuel cell combines this hydrogen with oxygen from the air to generate electricity. This powers the engine.