Container ship Ever Given free to leave Suez Canal 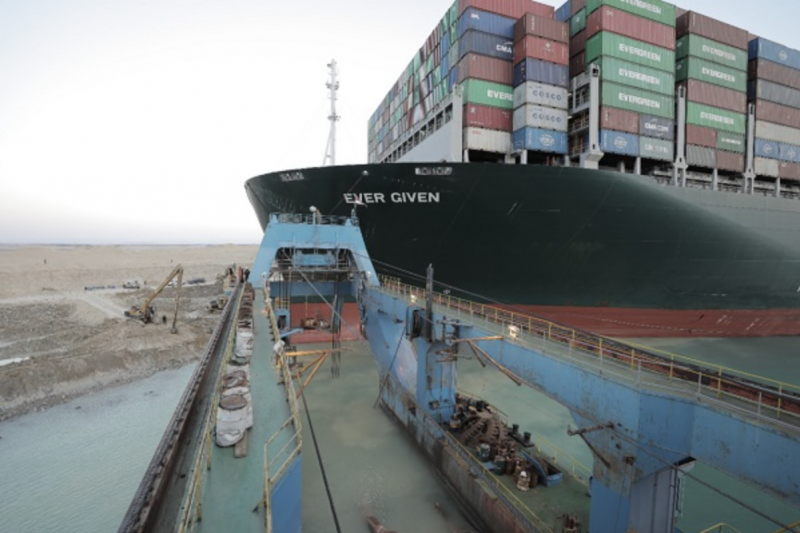 After grounding in the Suez Canal and subsequently being detained for more than three months in Egypt, shipping company Evergreen will regain control of its large container ship Ever Given on Wednesday. This follows an agreement about compensation to be paid to canal authority SCA.

The Ever Given was on its way to Rotterdam when it encountered a sandstorm in the southern part of the Suez Canal. As a result, the ship, which is among the largest container vessels in the world, ran aground. After six days, the Ever Given was pulled free, but by then hundreds of ships on both sides of the canal were already stuck in traffic jams.

The 400-metre ship has since been anchored in a wider section of the canal. The Ever Given was impounded due to disagreement between its owners and the SCA over compensation for the damage.

How much money will be transferred by the Japanese shipowner Shoei Kisen Kaisha is not clear. The SCA reportedly asked for more than USD 916 million earlier, but later said it would settle for USD 550 million. The Japanese owner of the Ever Given is said to have already offered USD 150 million in compensation. But the SCA said that was not enough to cover the cost of lost fares, damage to the canal and manpower and equipment costs of salvaging the ship.

Arrival in Rotterdam next week at the earliest

According to SCA, the release of the ship will be accompanied by a ceremony. However, the fact that the Ever Given is being released does not mean that the ship is leaving immediately. Shipping company Evergreen indicated earlier that some time may be needed to prepare the ship. Which is also why the Port of Rotterdam is not expecting the Ever Given to arrive very soon. According to a spokesperson, the container ship will arrive by Friday of next week at the earliest.

Also read: Ever Given will be allowed to leave Suez Canal on Wednesday / Container ship Ever Given grounding: Could it happen again?