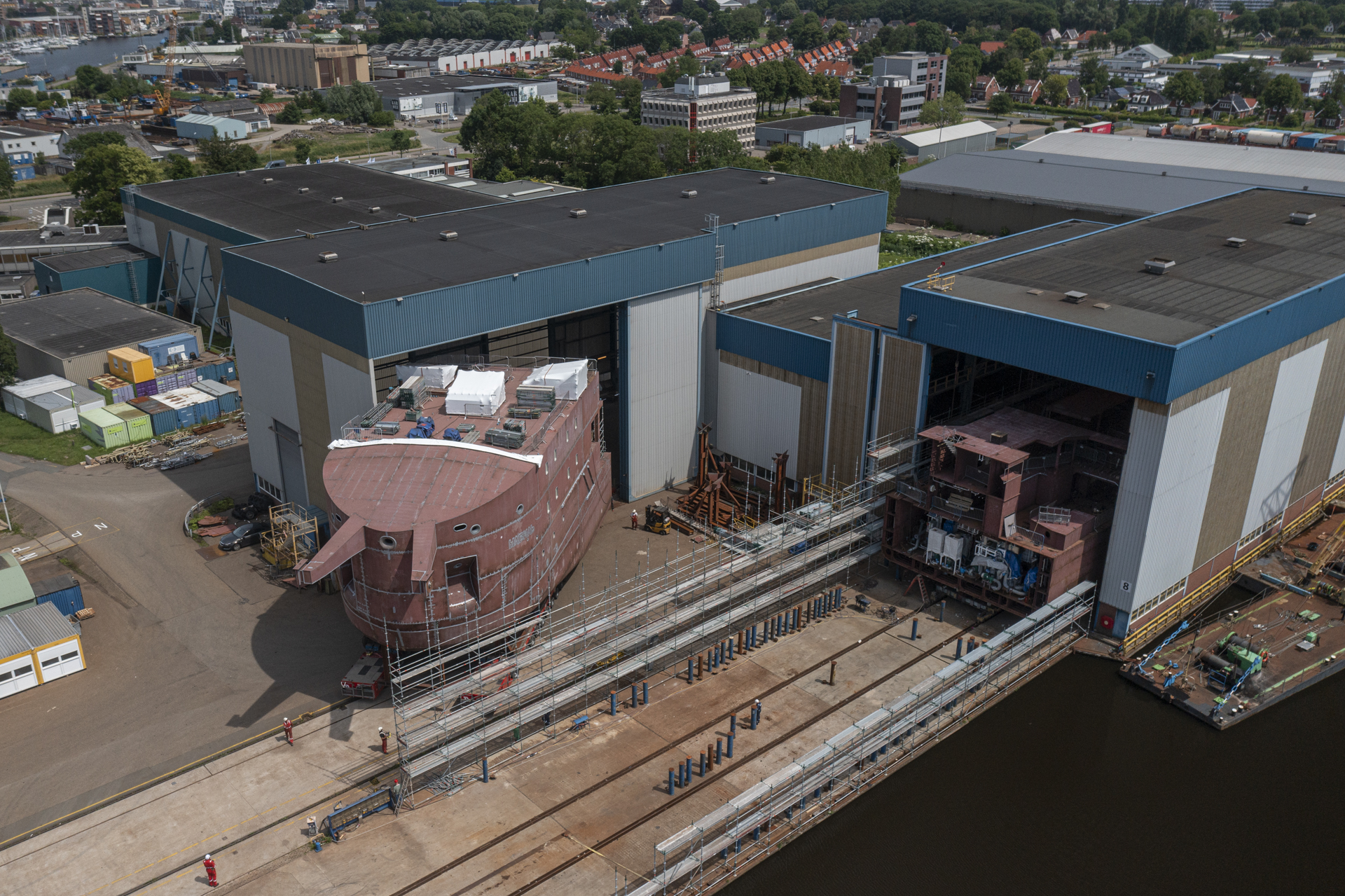 The foreship of the world’s first shallow draught icebreaking walk-to-work (W2W) vessel has emerged from Royal Niestern Sander’s building hall. A timelapse video shows construction of the ship so far. The vessel will be completed on the quay side of the yard’s location in Farmsum, the Netherlands, for delivery in December 2021.

The ship is built as yard number 862 for a joint-venture between Mercury Sakhalin and Pola. The vessel is specially designed and optimised for year-round operations in the challenging conditions on the east coast of Sakhalin in temperatures ranging from -30 degrees to +35 degrees.

By combining a shallow draught of 3.15 metres, a transit draught of 4.0 metres in open waters and a grounded bottom notation, the vessel can be deployed year-round. With Wagenborg technology for the icebreaking hull and pulling (ice milling) Azimuth thrusters, the vessel can break through ice up to 100 centimetres.

Ampelmann will supply a new type of motion compensated gangway optimised for both winter and summer operations. The new gangway combines the features of Ampelmann’s original A-type with the ability to operate in extreme cold weather of its N-type.

The system will have two operating modes, in which it will be placed midship during the summer to ensure the highest motion compensation capabilities, and towards the stern of the vessel during the winter to accommodate people transfers while ice breaking. The gangway will be delivered to the shipyard at the end of this year.

The vessel is to perform crew transfer services for up to forty persons from the shallow Nabil Port to offshore platforms near the East Coast of Sakhalin. In addition, the vessel can be deployed for oil spill response services.