[VIDEO] Crew of sinking ship off India rescued by helicopter 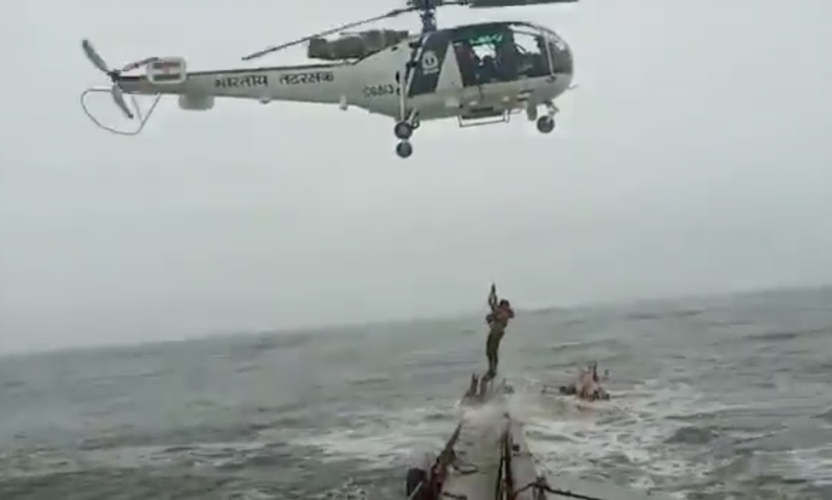 An Indian Coast Guard helicopter has rescued the crew of a sinking cargo ship off the coast of Mumbai. The spectacular operation took place on Thursday, June 17. All sixteen crew members of the Mangalam have been brought to safety.

The Indian Coast Guard received a distress call in the morning of 17 June. Due to the heavy storm on the Arabian Sea, the ship got into trouble. The images show that strong winds and high waves caused the ship to carry too much water.

At first, Coast Guard vessels were supposed to rescue the crew. They had already launched the lifeboats, but because the current was still high, it was decided to do it by helicopter. Eventually, two helicopters brought the crew to safety.

Earlier this month, the Indian Coast Guard was asked by the Sri Lankan authorities to assist in the rescue operation of the X-Press Pearl. The ship suffered from a severe fire that raged for more than ten days. Although the fire was eventually extinguished, the ship could not be saved. The ship has since sunk and is resting on the seabed in 21 metre-deep water.