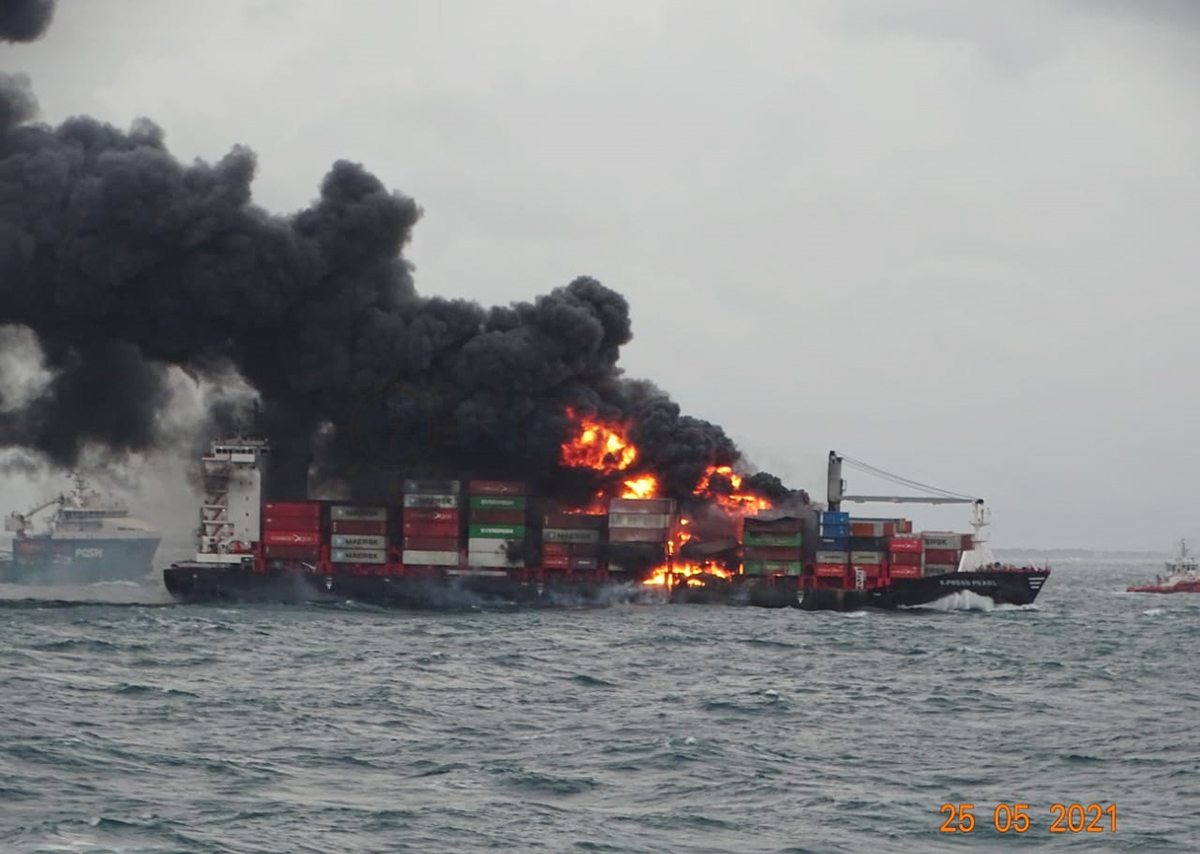 While still to be fully investigated, the catalyst for the inferno on the X-Press Pearl has been asserted to be a leakage of nitric acid, according to TT Club. Ship operator X-Press Feeders says it tried to discharge the leaking container at two ports, but was not allowed to as specialist facilities or expertise were not available.

According to X-Press Feeders, the container concerned was passed safe for transport by the stevedores in Jebel Ali, Dubai, when it was loaded en route to Malaysia. Once the leak was discovered, the crew is said to have followed all of the established procedures under the International Maritime Dangerous Goods code in dealing with the situation. According to TT Club, the container was correctly declared, but apparently incorrectly packaged or packed.

Also read: X-Press Pearl wreck removal has to wait until Monsoon has passed

Not in my backyard

The operator said they applied for the container to be unloaded at Hamad Port in Qatar and Hazira Port in India. Although the vessel was allowed entry to both ports and discharge and loading operations took place, unloading the leaking container was not allowed. X-Press Feeders: ‘The advice given was there were no specialist facilities or expertise immediately available to deal with the leaking unit.’

Tim Hartnoll, the executive chairman of X-Press Feeders, told Indian Transport Logistics that the refusal of the port authorities in India and Qatar was a matter of ‘not in my backyard’. A separate source at the company added: ‘This disaster could have been prevented had those ports done their duty and taken in the cargo rather than endangering the crew and the ship.’

The ship then sailed on to the outer harbour of the Port of Colombo where it waited for a berth to carry out scheduled container handlings. Here, a fire broke out on 20 May. After thirteen days of firefighting, the fire was contained. Due to bad weather and structural damage, however, the vessel’s sinking could not be prevented.

The leaking chemicals and cargo from the ship are said to have caused considerable environmental damage. However, the Sri Lanka Ports Authority maintains there has not been an oil spill so far.

The ship now rests on the seabed and remains stable for now. Ship operator X-Press Feeders has said salvage of the wreck will probable have to wait until the Monsoon has passed.