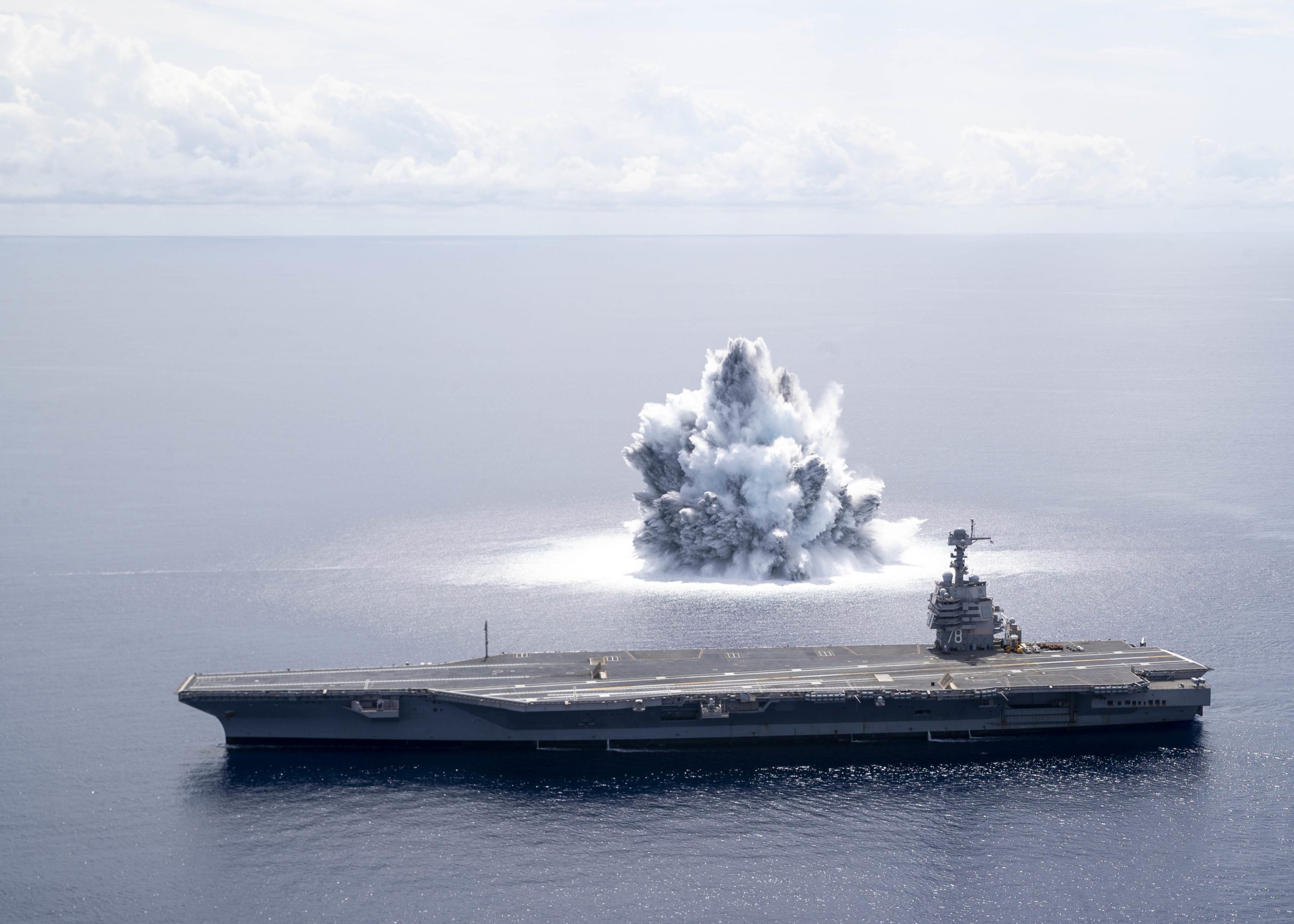 The shock trials provide data used in validating the shock hardness of the ship. The FSST took place on Friday, June 18.

Ford’s shock trials are being conducted off the East Coast of the United States, within a narrow schedule that complies with environmental mitigation requirements, respecting known migration patterns of marine life in the test area. The Navy also has employed extensive protocols throughout FSST to ensure the safety of military and civilian personnel participating in the testing evolution.

Schedule up to operational deployment

Ford is said to be the most advanced aircraft carrier in the US Navy. The ship closed out a successful eighteen-month post delivery test & trials period in April, during which the crew completed all required testing, accomplished planned improvements and maintenance ahead of schedule. At the same time, the ship also served as the sole East Coast platform for conducting carrier qualifications.

Upon completion of FSST later this summer, Ford will enter a planned incremental availability for six months of modernisation, maintenance, and repairs prior to its operational employment.

The US Navy has conducted FSSTs over several decades, most recently for the Littoral Combat Ships USS Jackson (LCS 6) and USS Milwaukee (LCS 5) in 2016; as well as for the San Antonio-class amphibious transport dock USS Mesa Verde (LPD 19) in 2008, the amphibious assault ship USS Wasp (LHD 1) in 1990, and the guided missile cruiser USS Mobile Bay (CG 53) in 1987. The last aircraft carrier to execute FSST was USS Theodore Roosevelt (CVN 71) in 1987.