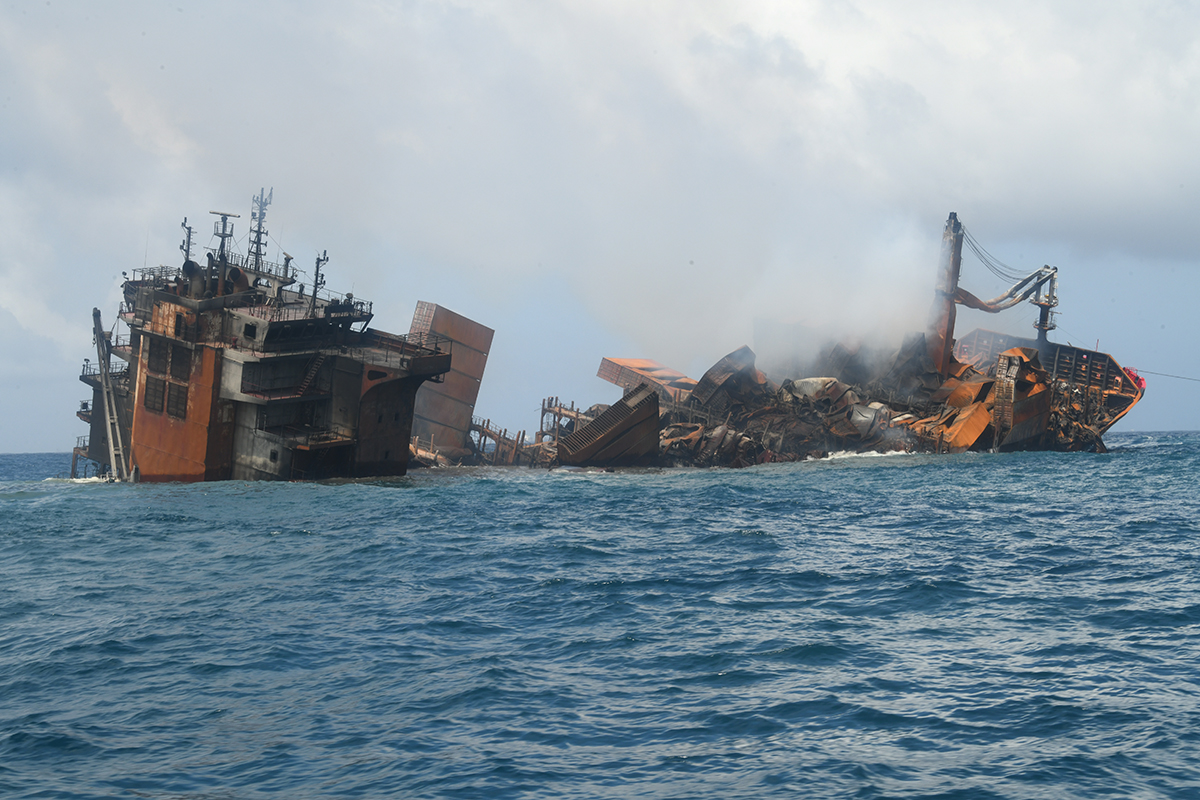 X-Press Feeders, operators of the container ship X-Press Pearl, have confirmed that the wreck is now wholly sitting on the seabed at a depth of 21 metres. Due to the exposed nature of the anchorage to the prevailing South Westerly Monsoon, it is likely that the wreck removal can only start after the Monsoon subsides.

The X-Press Pearl caught fire on 20 May while waiting at the outer harbour of Port of Colombo for a berth to carry out scheduled container handlings. After thirteen days of firefighting, the fire was contained. Due to bad weather and structural damage, however, its sinking could not be prevented.

The Monsoon period generally lasts from June to September. According to X-Press Feeders, caretakers salvors are on site on a 24-hour watch to deal with any possible debris and report any form of a spill.

​A grey sheen continues to be observed emanating from the vessel, and discolouration of the sea in and around the wreck remains. This has been apparent since the vessel’s stern became submerged, and the remnants of the cargo in the 1486 containers that were onboard were exposed to seawater. Water samples have been taken, but results of these have not yet been revealed.

​Oil spill response stands ready to deploy should a spill occur. X-Press Feeders says caretaker services will remain on site until the wreck can be removed. They will continue to minimise pollution and monitor the wreck’s condition and report daily to experts ashore and Government agencies.

Additionally, the caretakers will install navigational warning lights and markers on the wreck for the safety of other vessels. When conditions allow, side-scan sonar will be used to locate any sunken containers or debris in the anchorage for removal.

The Sri Lankan Government has demanded USD 40 million from the shipping company for its firefighting, rescue and clean-up efforts. This is said to be a preliminary claim with further compensation forthcoming.

Picture: The X-Press Pearl in early June (by the Sri Lanka Ports Authority).