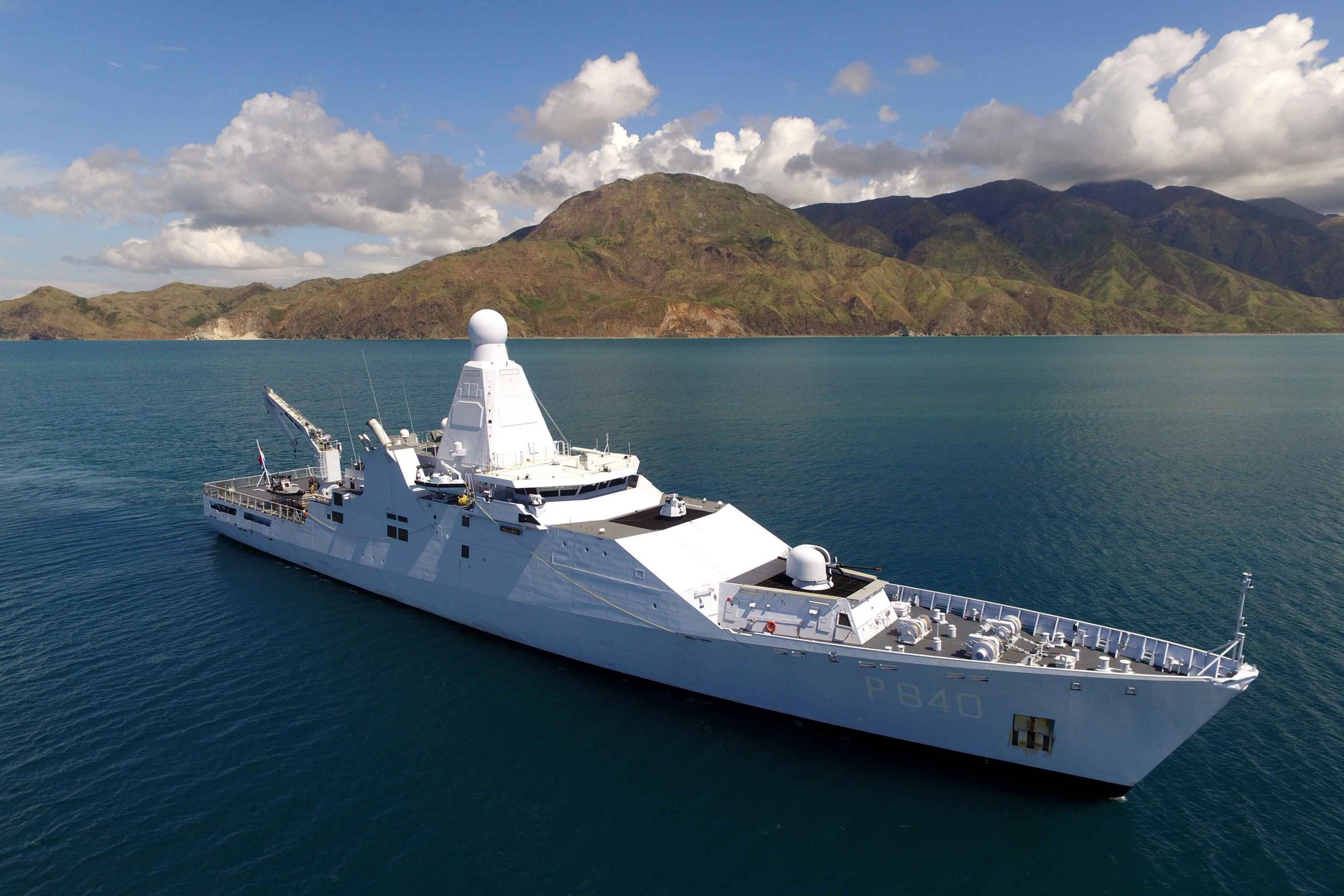 The navy ship HNLMS Holland has stopped two fast motorboats smuggling cocaine in the Caribbean with targeted shots. According to the Ministry of Defence, a total of 1285 kilos of hard drugs were seized.

Both interventions took place last Friday and were announced by the Ministry today. During the first chase, the two FRISC (fast raiding interception and special forces craft) of the Holland, came into action. After warning shots did not have the desired result, the boat was stopped with targeted shots at the outboard motors.

On board were two Dominicans and a Colombian with semi-automatic rifles. They had already thrown a large part of the 700 kilos of cocaine they were carrying overboard, but this could still be picked up..

A little later in the morning, the Holland discovered another fast motorboat, with three Venezuelans. This vessel would not stop either. An NH90 helicopter then shot the outboard motor. This second catch involved about 585 kilos of cocaine. The suspects were handed over to the US Coast Guard.

HNLMS Holland has been active in the region as a Caribbean station ship since May 2021. The naval vessel is equipped for anti-narcotics operations.