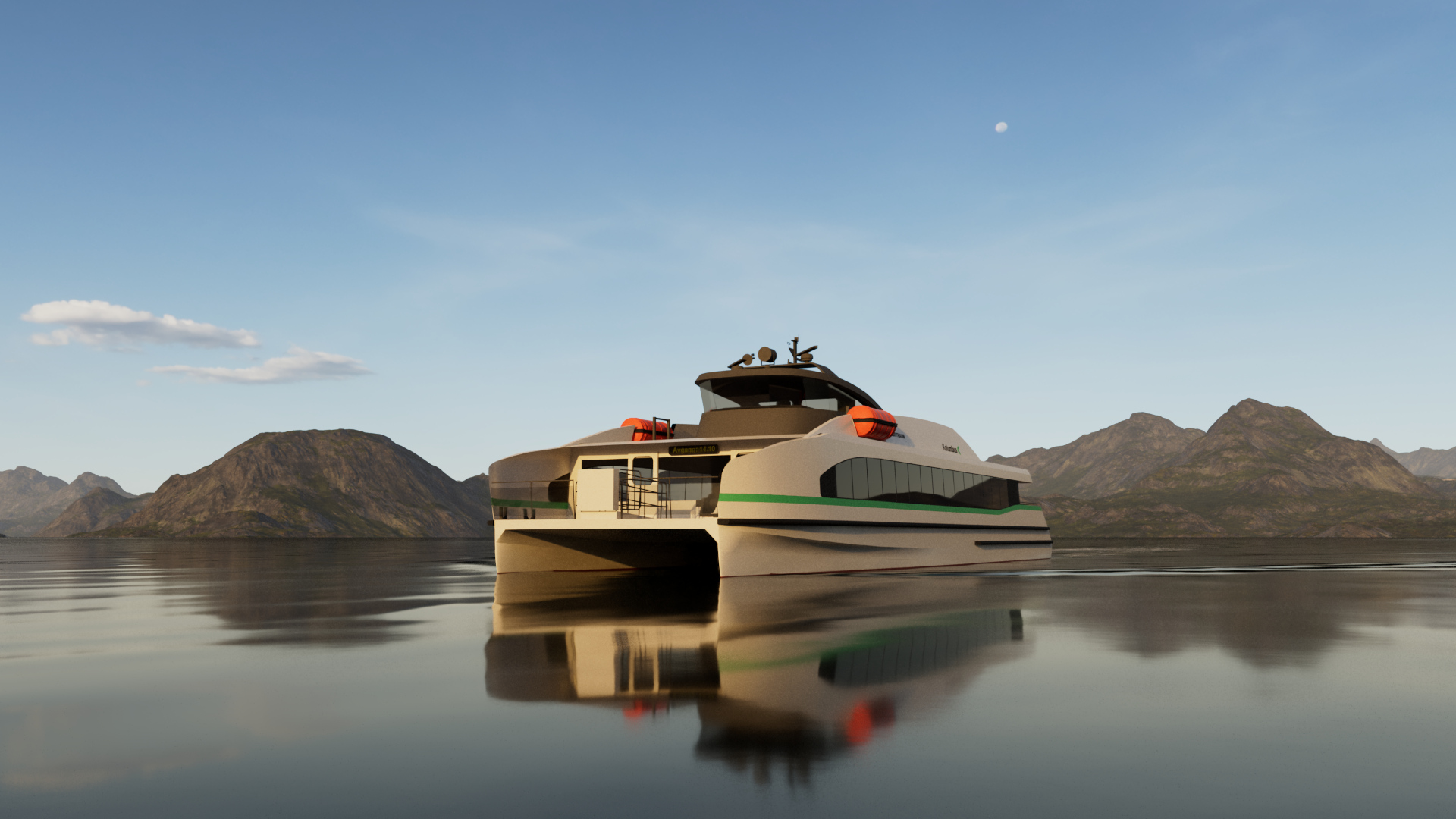 Construction of the world’s first fully electric passenger fast ferry at the Fjellstrand shipyard on the west coast of Norway has started. It will be equipped with two electric motors and a 1.5 MWh capacity battery with charging power of more than 2 MW. The vessel has been designed for a service speed of 23 knots.

Equipped to carry around 150 passengers, the catamaran vessel will be 31 metres long with a nine-metre beam.  This will be the world’s first fully electric and zero-emission fast ferry classed in accordance with the International Code of Safety for High-Speed Crafts (HSC Code).

As the TrAM (Transport – Advanced and Modular) project’s demonstrator vessel, it will begin a trial passenger service between the city of Stavanger and surrounding communities and islands in spring 2022 to test and validate the project findings. The vessel has been named Medstraum (literally “with electricity” and “co-current” in Norwegian).

The TrAM project was initiated by industry cluster organisation NCE Maritime CleanTech and is being coordinated by Kolumbus, the independent mobility services arm of Rogaland County Council. ‘TrAM’s overall aim is to develop new modular methods for the design and production of zero-emission fast ferries for inshore passenger transport, in order to reduce investment costs and delivery time,’ says project manager Mikal Dahle of Kolumbus.

The TrAM project scope also includes the development of two further “replicator” vessels, one for passenger operations on the River Thames in London and the other for deployment on inland waterways in Belgium.

The project partners have worked hard to optimise the design of the Medstraum and the hydrodynamic performance of the hull. Both the hull and superstructure will be built in aluminium, which in addition to low weight for lower energy consumption contributes to the circular economy as it is easy to recycle.

Focus is also on simplified design and manufacturing of the future vessels, drawing on Fraunhofer IEM’s experiences in modular production techniques from the car and aviation industries. Using advanced modularisation, the project aims to lower production costs and engineering hours for electric fast ferries by 25 per cent and seventy per cent respectively, which will significantly enhance their competitiveness.

Reusing modules also allows for faster development and production. Dahle: ‘Increased automation, more efficient use of materials, shorter construction time and lower labour costs together represent a new chapter in shipbuilding while increasing the competitiveness of all stakeholders.’

The TrAM project started in 2018 and has secured 11.7 million euros in financing from the European Union’s Horizon2020 research and innovation programme, one of the largest amounts ever awarded to a single project. The project has also received funding for dissemination activities from the Research Council of Norway.