Drewry’s Multipurpose Time Charter Index increased to USD 8339 per day in May, representing a rise of 4.3 per cent compared to the 2.5 per cent rise seen in the previous month. The index is up 28 per cent since the start of the year and 46 per cent since May 2020. Drewry expects the index to rise a further 7.3 per cent in June to reach USD 8950 per day.

Rates for the larger vessels of the fleet continued to rise over May as demand for breakbulk cargoes strengthened further due to tightening capacity in the container and bulk sectors. There were some reports of multipurpose vessels being chartered to carry full loads of containers, the majority empty for repositioning purposes, whilst in other news cargoes that were last year fixed in containers are now back to moving breakbulk.

The only caveat on this outlook is that the charter market is very tight, with many carriers advising they are fully booked throughout the summer. This will inevitably make period charter hires few and far between and this is likely to inflate spot rates, making an assessment more problematic.

Drewry’s assessment for the short-term forecast does, however, remain positive as the supply tightens. The expectation from shippers is that the capacity crunch will last well into the autumn, thereby fuelling further rate rises over what is traditionally a slower part of the year. That said, the smaller, less heavy-lift capable vessels do seem to have plateaued at the moment, as rates in the short sea sector are described as stable. 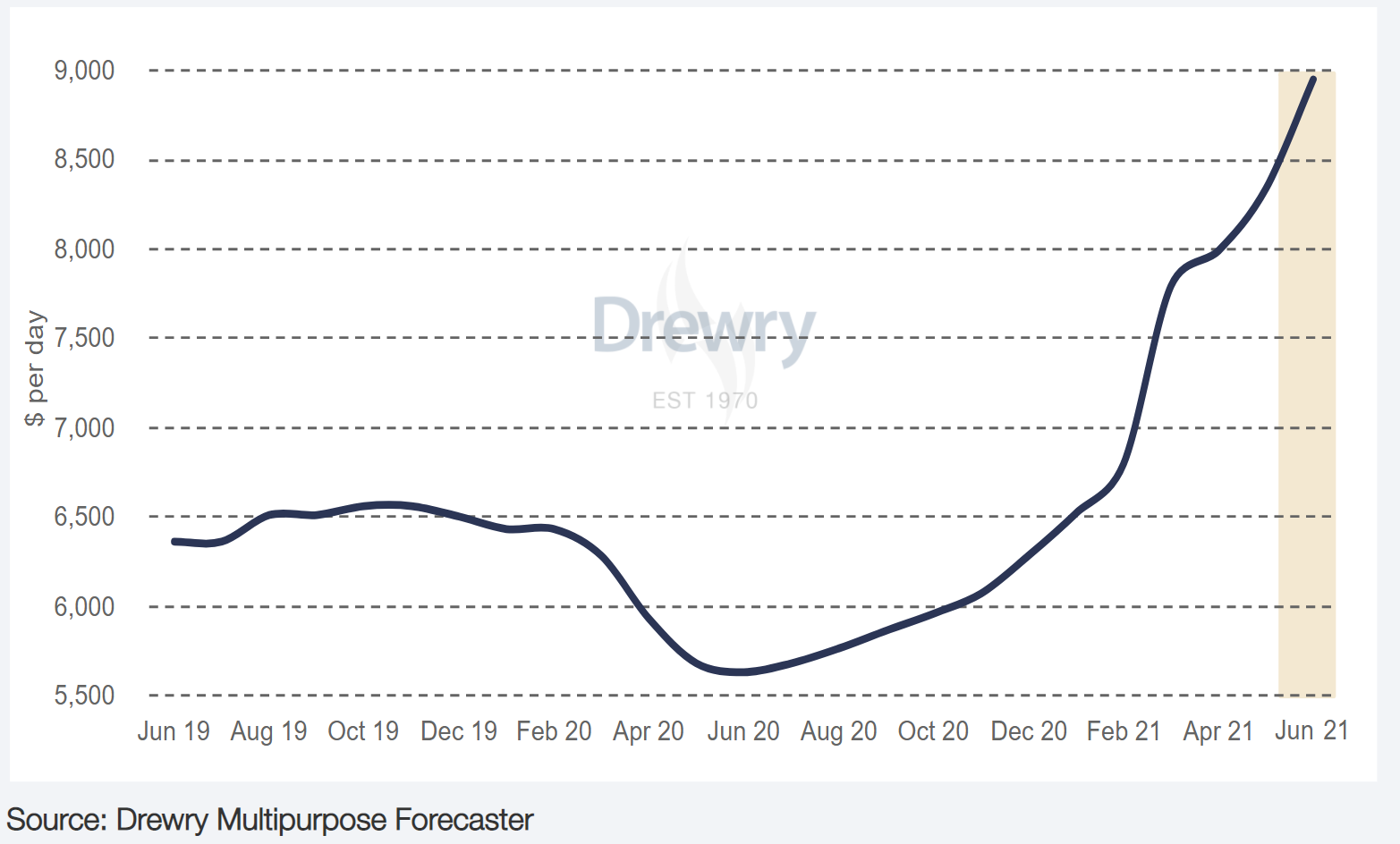