How to fight unfair competition in shipbuilding and dredging 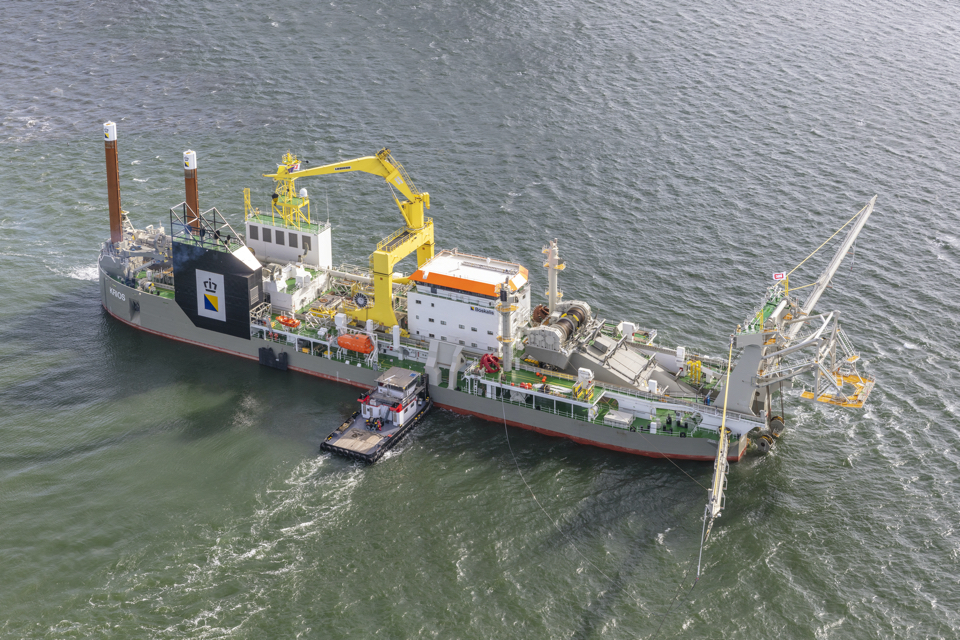 European politics cannot be blamed of being blind to the future of the maritime sector anymore after it adopted the Opatija Declaration and set out its future outlook for EU waterborne transport. But is it enough to save the European shipbuilding and dredging industry from unfair competition from state-owned Chinese companies?

In every issue of SWZ|Maritime, SWZ|Maritime’s editor-in-chief Antoon Oosting writes an opinion piece under the heading “Markets” about the maritime industry or a particular sector within it. In the May 2021 issue, he discusses the threat of Asian competition for the EU maritime industry.

In the struggle against climate change, the EU Parliament is putting massive pressure on shipping and shipbuilding to stop using fossil fuels. The European shipbuilding industry, united in Sea Europe, has taken up the gauntlet and argues that within a couple of years, they will be able to provide the zero-emission ships needed. But at what cost? The EU spends a lot of money on R&D in shipbuilding. Yet, this doesn’t make those ships affordable when methanol, biofuels or hydrogen cost two or three times as much as fossil fuels.

But what if the European shipowners and dredging companies cannot afford to invest in such ships or in the worst case, these companies don’t even exist anymore in ten years’ time? Politicians, especially in the EU Parliament, seem to be blind to the fierce battle of competition our European companies are involved in with Asian shipbuilders and dredging companies that don’t intend to give up until they have taken over the markets from the Europeans. At the same time, the Chinese have almost fully closed off their own market to foreign competitors.

And despite having been a member of the World Trade Organisation for no less than twenty years, China still doesn’t comply with the rules for free trade and fair competition with the excuse that it is still a developing country. On the other hand, Chinese companies, backed by subsidies in the form of cheap credits are conquering the markets first in Asia, then in Africa and today also in Europe itself.

In a Europe that has made free trade and open markets one of its basic principles of economic operations, Chinese companies are the winners that take all as they are always cheaper. The price difference is estimated to be at least twenty to thirty per cent below that of European competitors.

In a Europe that has made free trade and open markets one of its basic principles of economic operations, Chinese companies are the winners that take all

The question for our politicians should be if we really want a future in which Chinese dredgers and construction companies – that are already very active in the Balkan region – take over big parts of our economy. Working for Chinese companies means obeying their rules in which discussion and criticism are not appreciated. Is it really wise to pay European taxpayer money to Chinese firms when they carry out public contracts and on the other hand have to pay tax again to support firms and people that are pushed out of the market by the Chinese competition?

These issues became topical when two organisations sounded the alarm bell. In mid-March, the organisation of the European dredging industry protested in Brussels and Berlin against the participation of Chinese competitors in tenders for dredging and construction work in Germany and Poland while the Chinese market stays closed for European companies. The European dredging companies also accuse the Chinese of offering their work at dumping rates. Reason is that for the first time, Chinese companies are bidding in European tenders for the deepening of the German rivers Elbe and Weser.

The European dredging companies also accuse the Chinese of offering their work at dumping rates.

Just a few years ago, dredging CEOs of Van Oord and Jan De Nul still assured they were not afraid of the Chinese. With the Chinese market closed, there would still be enough countries that prefer to work with European contractors. But what if ever more countries give in to the temptation of cheap credits for the construction of ports?

According to Van Oord CEO Pieter van Oord in Dutch newspaper Financieele Dagblad it is a classical pattern. Chinese state-owned companies are heavily subsidised, which enables them to tender below the real costs of a project.

This is meant to wipe out the existing industry. Something similar happened to the Brabant industrial group VDL in 2019, when it missed out on a mega order to build electric buses for the province of Overijssel. Due to the uneven playing field, VDL not only lost the order, but also the chance to further develop experience in building electric vehicles. In this way, the Chinese company BYD (Building Your Dreams) conquers the markets of the world and jobs in the Dutch province of Brabant are lost. Protecting jobs does not seem to be a responsibility of European politicians anymore, at least not in the Netherlands. Outside Europe, the Dutch and Belgian dredgers of Van Oord, Boskalis, Jan De Nul and DEME have already had to deal with severe competition of Chinese state-controlled conglomerates for much longer. Within the framework of the Chinese Belt and Road Initiative, the Chinese government invests billions in foreign infrastructure and has these projects implemented by its own state-controlled companies. According to the European dredgers united in EuDa, China’s global market share has grown during the last ten years from seven to 21 per cent. In Africa, this has grown from 28 to 56 per cent.

The list of projects Chinese companies have snatched away from the European competition is growing fast. According to a report on Ebonyst.com, it started with a highway of 49 kilometres between the Polish cities of Warsaw and Lodz followed by a 55-metre-high bridge on the Croatian coast. Then there were three Swedish metro tunnels, a hundred Romanian trams, a railway line between Budapest and Belgrade, 259 electric buses for Overijssel and Gelderland and so on.

All these projects are largely funded by European taxpayer money. Normally, a large part of this money would flow back into the European economy and the European treasuries through taxes paid by European construction companies and the income taxes on the wages of their staff.

The money now flows away to China, which is building a fleet that will soon rival that of the USA. A fleet that illegally occupies a large part of all the islands in the South China Sea and threatens Taiwan’s independence. The same companies that pick up the lucrative dredging jobs in Europe also construct landing strips for military airfields on occupied islands that belong to the Philippines. How naïve can one be?

The money now flows away to China

Someone who at least can’t be called naïve is German Minister of Economic Affairs Peter Altmaier. He has promised the German shipbuilders to appeal to the EU to take measures against unfair competition from especially the Chinese and South Korean shipbuilding industry. According to the German Handelsblatt, he said this at a maritime conference in Rostock.

His promises are a response to the German shipbuilding association’s warning of the risk of an ‘irreversible loss’ of skill in the country’s powerhouse marine equipment and shipyard sectors due to distortions in international competition. Without government intervention at the national and EU level, VSM warned, Germany’s yards run the risk of significant decline over the next decade.

Just like many other European shipbuilders, the German yards have been losing ground to Asian competitors for general-purpose merchant vessels for many years. Until recently, the German shipbuilding industry survived by specialising in cruise, yacht and defence contracts, the so-called “complex shipbuilding” of highly engineered vessels and high-end systems. After the latest financial troubles of FSG in Flensburg, the construction of ro/ro vessels and the big ferries has in recent years been almost completely eliminated, in this case, by the Chinese. The big European ro/ro and ferry operators like Grimaldi, Stena Line and DFDS are now practically exclusively ordering their vessels in China.

And now one of the last sectors in which the German yards excelled, the construction of cruise ships, is severely hit by the Covid-19 pandemic. The disappearance of cruise ordering activity has made the absence of orders in other segments more evident. Shipyards had to close temporarily and downsize their workforce due to postponed or cancelled orders. The German maritime economy still accounts for about 200,000 direct jobs, but workers that are made redundant are often definitively lost to the sector.

‘There is a risk of irreversible loss of essential shipbuilding skills,’ Harald Fassmer, president of VSM and managing director of shipbuilder and supplier Fassmer warned.

‘European shipbuilding has been losing market share for decades, because predatory competition is practised with massive subsidies, especially in Asia, and Europe is not doing anything about it,’ said Bernard Meyer, managing director of Meyer Werft. ‘That is why the question is now whether the civil shipbuilding industry in Germany and Europe will be able to survive to a significant extent in ten years’ time.’ This wake-up call came several days before the release of a state-report in which the German Government warns: ‘Aggressive competitors from Asia threaten not only Germany as a maritime location, but Europe as a whole.’

Picture (top): The Krios was built at Royal IHC in the Netherlands for Boskalis (by Flying Focus).