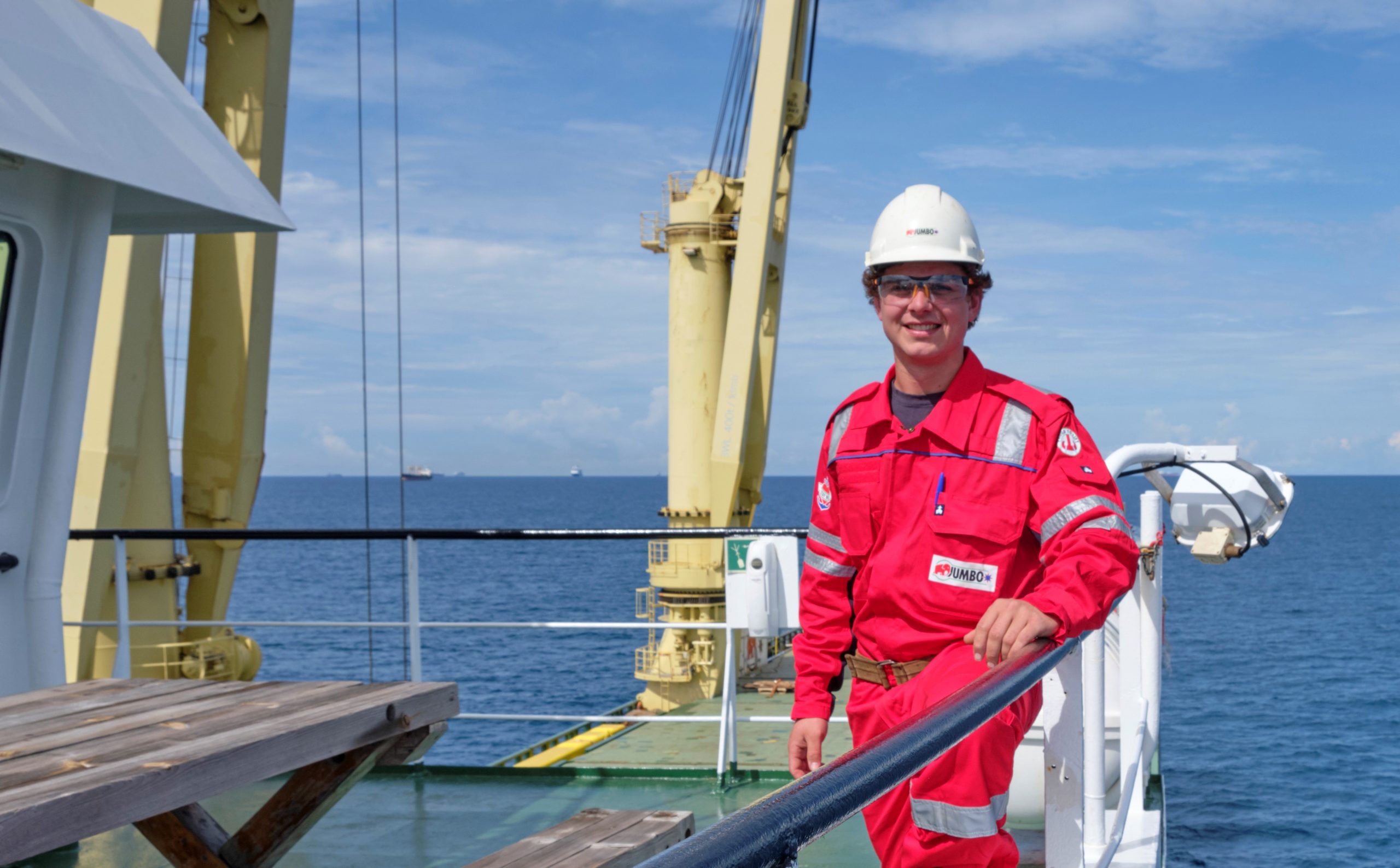 Jan Douwe de Jong, master student at the Dutch Maritime Institute Willem Barentsz, has won an award for his research into improving communication during heavy-lift operations. He discovered that visual communication is a very valuable addition to communication by walkie-talkie and contributes to a safer lifting operation.

The so-called LC Awards are presented by Dutch newspaper Leeuwarder Courant to students of Frisian schools. To win an award, they had to defend their thesis. The awards ceremony took place on Wednesday 8 June.

De Jong has won the award in the category master. He had to send in his pitch via a pre-recorded video as he was still on board the Fairlane off the coast of Singapore at the moment. He works as first mate at heavy lift specialist Jumbo Shipping.

De Jong explained to the Leeuwarder Courant that they trialled a screen, similar to the ones used above the road to inform motorists. The screen contains the information most often requested and communicated during the lifting operation: the ship’s heel and the crane load. He called it a Lifting Operation Information Panel (LOIP). The use of the screen resulted in a 26 per cent reduction in the number of conversations. And thus also the risk of errors. The screens can be connected to the cranes, so that everyone involved, on deck or ashore, always has a good view of them.

‘We chose Jan Douwe de Jong’s project because his research is both innovative and practical,’ says Sander Warmerdam, editor-in-chief of Leeuwarder Courant. ‘Communication can be crucial for safety, especially when it comes to the large vessels and installations he is dealing with. Precision and good coordination are crucial. Moreover, his solution is cross-border and universal. A Frisian idea that deserves wide implementation.’

And that broad implementation is coming. With his research, De Jong has already received reactions from various people and companies, also from the maritime world. ‘These reactions and winning the LC Award have made my drive to implement the innovation on board even stronger,’ states De Jong. ‘Of course there is an investment involved, but as the innovation project indicates, the profit to be gained is huge. Namely, improving and making communication safer during our hoisting operations.’