Hapag-Lloyd has converted its first large container ship to LNG 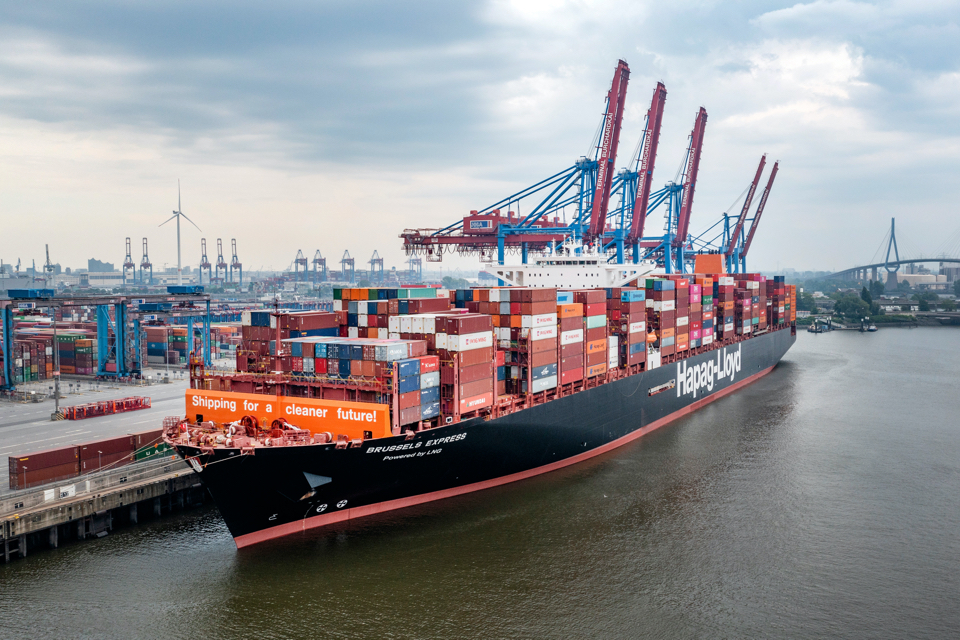 Hapag-Lloyd has converted the 15,000 TEU container ship Brussels Express to LNG propulsion. According to the German shipping company, it is the first time ever that such a large container ship has been retrofitted to gas propulsion.

The Brussels Express sailed into its home port of Hamburg during the weekend. In September 2020, when it was still named the Sajir, the ship went into the Huarun Dadong Dockyard in Shanghai. There, all the preparations had already been made to have a floating crane hoist the 1300-tonne LNG tank into the belly of the ship as well as to carry out other work related to the conversion.

‘The fact that a retrofitting of this scale had never been done before meant that we faced numerous challenges – from the planning to the implementation. We have broken new ground with the conversion, and we will now be testing it very precisely in real-world operation,’ says Richard von Berlepsch, Managing Director Fleet Management at Hapag-Lloyd. ‘Fossil LNG is currently the most promising fuel on the path towards zero emissions. The medium-term goal is to have CO2-neutral shipping operations using synthetic natural gas (SNG).’

In a nod to the European Green Deal, Hapag-Lloyd has renamed the ship the Brussels Express. In addition, the phrase “Shipping for a cleaner future!” adorns the breakwater on the forecastle.

The ship is not yet operating exclusively with LNG, as the final guarantee works will be performed at the end of this round voyage. The first complete LNG bunkering will then take place in Singapore on the next round voyage. In the future, the ship, which is currently operating in the Far East 4 service between Asia and North Europe, will bunker twice per round voyage: in Singapore and in Rotterdam.