Turkey to start construction of 15-billion-dollar canal along Istanbul 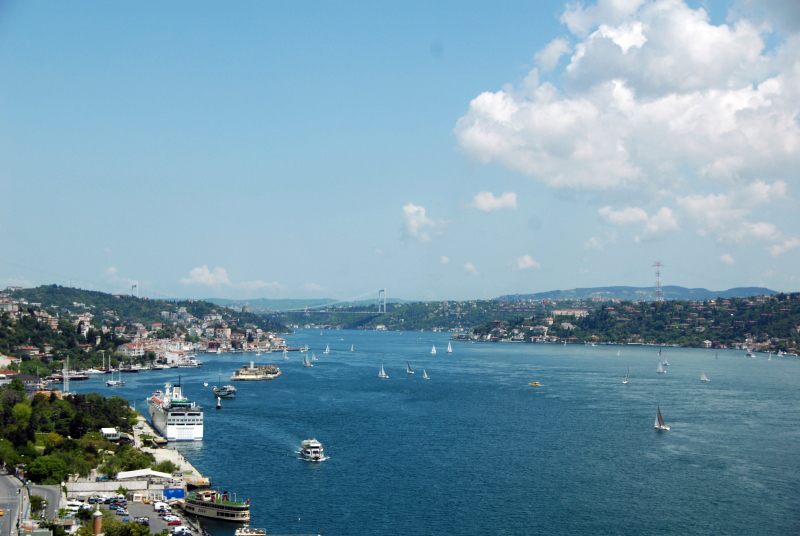 Turkey plans to start the construction of a canal along Istanbul this month. The canal is to become an alternative to shipping in the Bosporus. The 45-km-long canal will be west of Istanbul and will connect the Black Sea with the Sea of Marmara. Cost of the project amounts to 15 billion dollars.

Turkish President Recep Tayyip Erdogan revealed the plans this weekend. The new waterway should relieve the busy shipping in the Bosporus and reduce the risk of accidents. About 50,000 ships sail through the strait every year, which separates the European and Asian parts of Istanbul and is quite narrow at certain points. For example, many Russian oil tankers sail through the Bosporus.

Erdogan announced the plans for the Istanbul Canal ten years ago. He believes that the construction will create thousands of new jobs and that new cities will spring up along the route of the waterway. There will be several bridges across the canal. According to Erdogan, the project should help Turkey’s economic growth.

‘We will start building the foundations of the Istanbul Canal at the end of June,’ Erdogan said last weekend. ‘We will build two cities on the right and left side of the canal. With these new cities, Istanbul’s strategic importance and beauty will be enhanced,’ the President said.

Impact on the environment

Erdogan’s political opponents are highly critical of the project, which they say will cost a lot of taxpayers’ money and also have a negative impact on the environment. Istanbul Mayor Ekrem Imamoglu, who is a member of the opposition party CHP, has said that the project will damage the water supply of Turkey’s largest city. He also said that irreparable damage will be done to nature in the vicinity of the city of about 16 million inhabitants.

Imamoglu is seen as a possible candidate to run on behalf of the opposition against Erdogan in the 2023 presidential elections.

Picture: The Bosporus Strait (by FatihGumus).