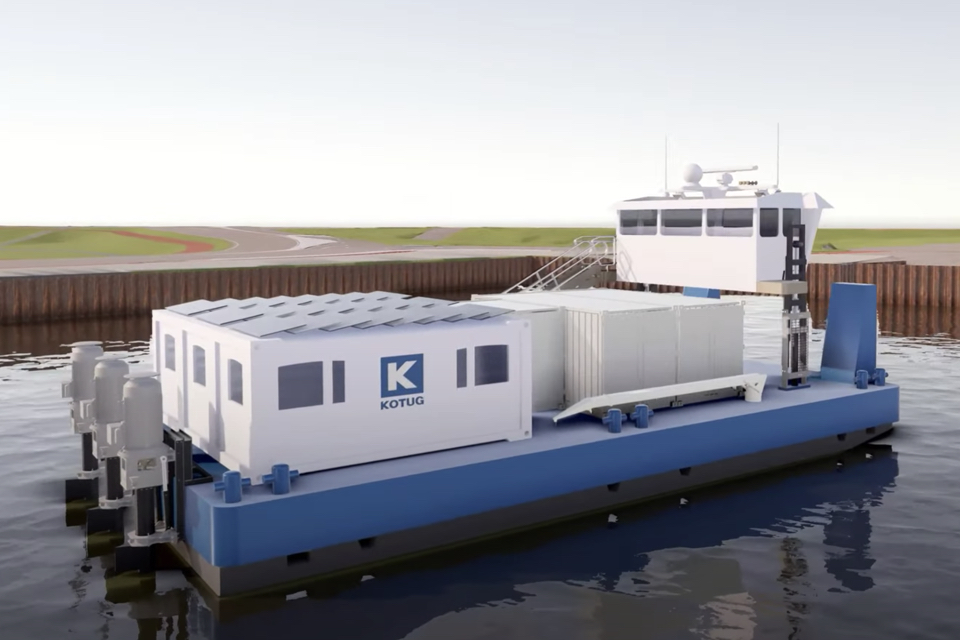 The company has developed a range of modular and scalable electric pusher tugs called the E-Pusher series, which are powered by swappable energy containers. The series currently consists of three models ranging from 5.5 to 22 metres in length and a maximum depth of 0.45 to 1.35 metres resulting in a draught that is thirty per cent less than conventional pusher tug designs.

Due to the modular approach and lean assembly method, the construction time for the vessels is also 25 per cent shorter compared to traditional pusher tugs. For the swappable energy containers, there are different solutions ranging from EU Stage V diesel to (bio)gas, and hydrogen to battery solutions.

To operate the tugs, Kotug will use its dispatching system, which was developed in 2017 and according to the company, ‘is an automated dispatching system based on historical and real-time information bridging port and terminal information with ship operations.’  The tool supports fleet owners in optimising expected departure and arrival times, routing and speed control, leading to reduced energy usage and just-in-time departure and arrival.

The system is currently in use by vessel operators in Australia, Japan, the United States, Canada, Belgium and the Netherlands.

Kotug currently has a small 5.5-metre E-Pusher in operation, which acts as a so-called City Barge in the Dutch city of Leiden. It provides a zero-emission alternative for heavy truck transport in inner cities and is used to transport garbage, construction materials and retail products.