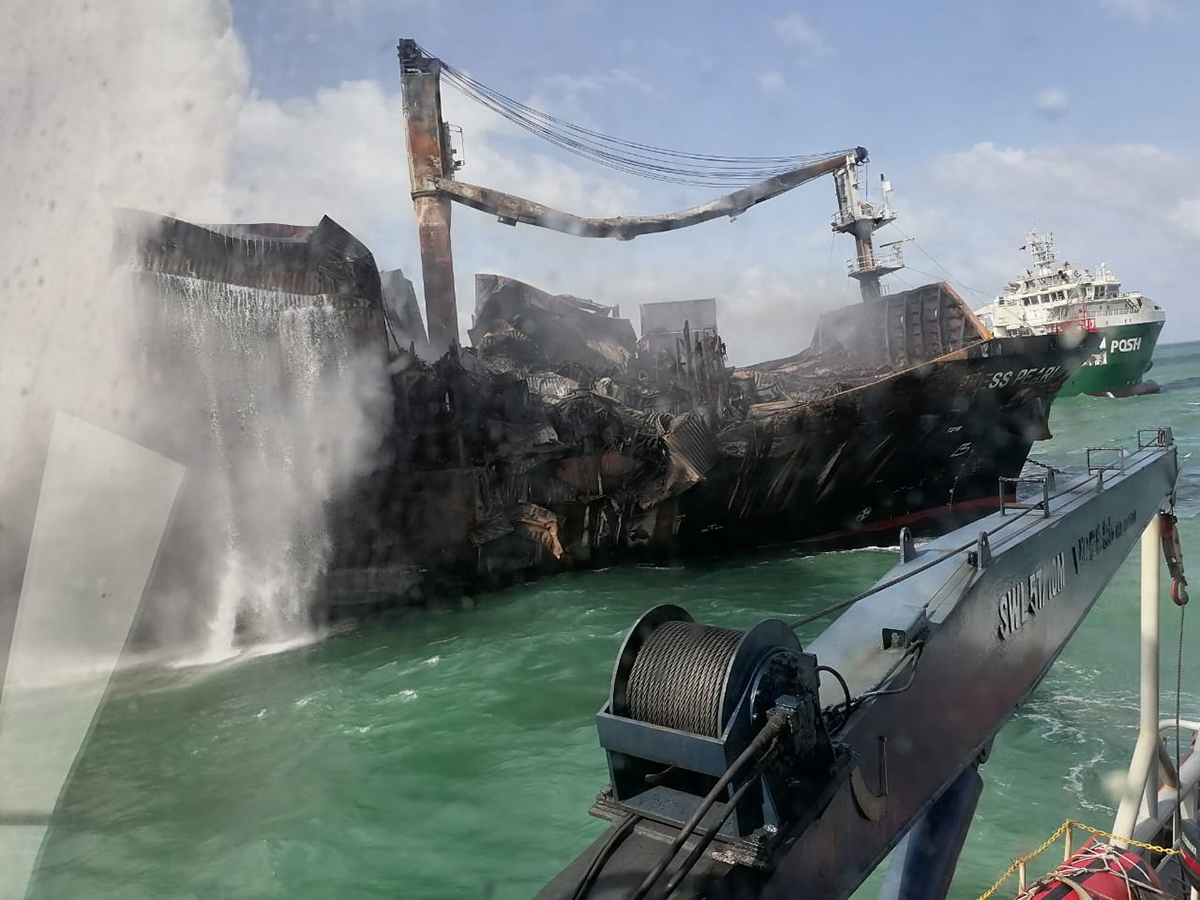 Firefighting efforts of the Sri Lanka Ports Authority and other local agencies in coordination with Indian Coast Guard Ships to extinguish the fire on the X-Press Pearl have continued for eight days in a row. The fire has been considerably contained.

Local authorities along with the assistance of the firefighters and salvos are engaging in assessing the impact of the incident and mitigate the possible environmental damage.

On May 20, 2021, the Singapore-flagged Containership, X-Press Pearl reported smoke from the cargo hold while at Colombo anchorage. Hours later, the vessel reported fire on deck. Firefighting tugs were deployed by the Sri Lanka Ports Authority and a Sri Lankan Air Force helicopter provided support to help fight the fire. Subsequently, the ship’s crew members were safely evacuated and relocated by following the health guidelines promulgated by the health authorities in Sri Lanka to control the spread of Covid-19.

All efforts are being taken to save the vessel and cargo and protect the marine environment, and it appears that the onboard fire has diminished somewhat.