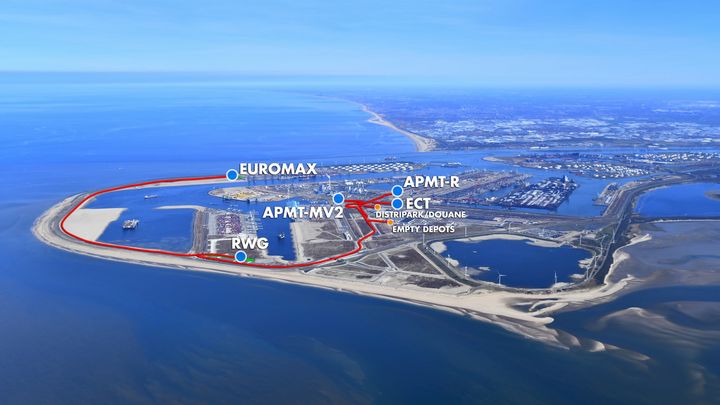 The Port of Rotterdam is scrapping its plans to deploy self-driving vehicles for container transport on the Maasvlakte. The port authority has stopped the tender for unmanned transport.

The autonomous vehicles should have been driving on the so-called Container Exchange Route, a special road network under construction that will connect container terminals, depots, distribution centres and customs posts. Through these closed connecting roads, the Port Authority hopes to get containers to the right place faster and more efficiently, helped by IT systems that connect all container terminals.

The port authority now claims that the risks surrounding the deployment of autonomous vehicles were too great. The proposals submitted were technically sound. But the financial and operational risks would be unacceptable according to the port.

In the plans of the Port of Rotterdam, the vehicles would not always be unmanned. In the tender issued in June last year, the company asked for a hybrid model, where drivers would also be able to drive the vehicle when, for example, driving on a public road. The Container Exhange Route, or CER for short, must be operational by the end of this year.

Picture by the Port of Rotterdam Authority.