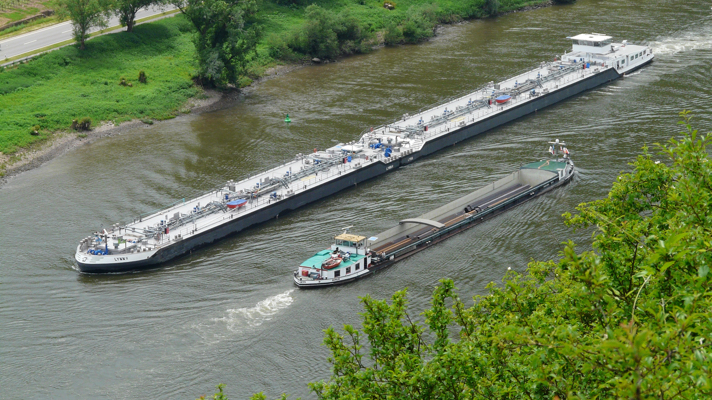 Language problems increasingly cause collisions and shipping accidents in inland navigations. That is why English should be introduced as the official language in inland shipping. This is what Dutch trade organisation BLN Schuttevaer and Nationale Nautische Verkeersleiders Opleiding say in response to a report by the Dutch radio programme Pointer that was broadcast on Sunday evening.

On average, there is a collision between two inland vessels once a week. Almost half of these collisions are caused by communication problems because skippers do not speak the same language. There is currently no official language for communication in inland navigation.

Dutch trade organisation BLN Schuttevaer believes that something needs to change to counteract the growing number of collisions. Policy advisor Bas Struyk: ‘There are more and more mixed crews. English as the official language will contribute to safety. It is more in line with practice.’

The Nationale Nautische Verkeersleiders Opleiding (National Nautical Traffic Controllers’ Training Organisation) also believes that one language should be spoken in future.  Andreas Keller, head of training: ‘The fact is that crews are less and less German-oriented. We are being overtaken by reality. And that is communication in English.’

Increase in collisions due to language used since 2014

Staff shortages are solved by hiring ever more foreign workers.These are mainly Eastern Europeans and nowadays also from the Philippines. Research bureau Intergo established in February of this year that the number of collisions has been rising since 2014 and that these are mainly the result of miscommunication, no communication or a language barrier.

Unlike in ocean shipping and aviation, for example, there is no official language. The agreement is that skippers communicate in the language of the country where they sail or, if they do not speak that language, in German. This became the standard over time because most ships sail on the route Netherlands-Germany-Switzerland.

European directive on inland waterways comes into effect in 2022

In 2017, a European directive was drafted in which the requirements for inland shipping crews were harmonised. This directive will enter into force in January 2022. An important requirement for future inland skippers and captains is to pass a practical exam in which communication is explicitly addressed. The intention was also to agree on a uniform language of instruction, but this has not yet been achieved.