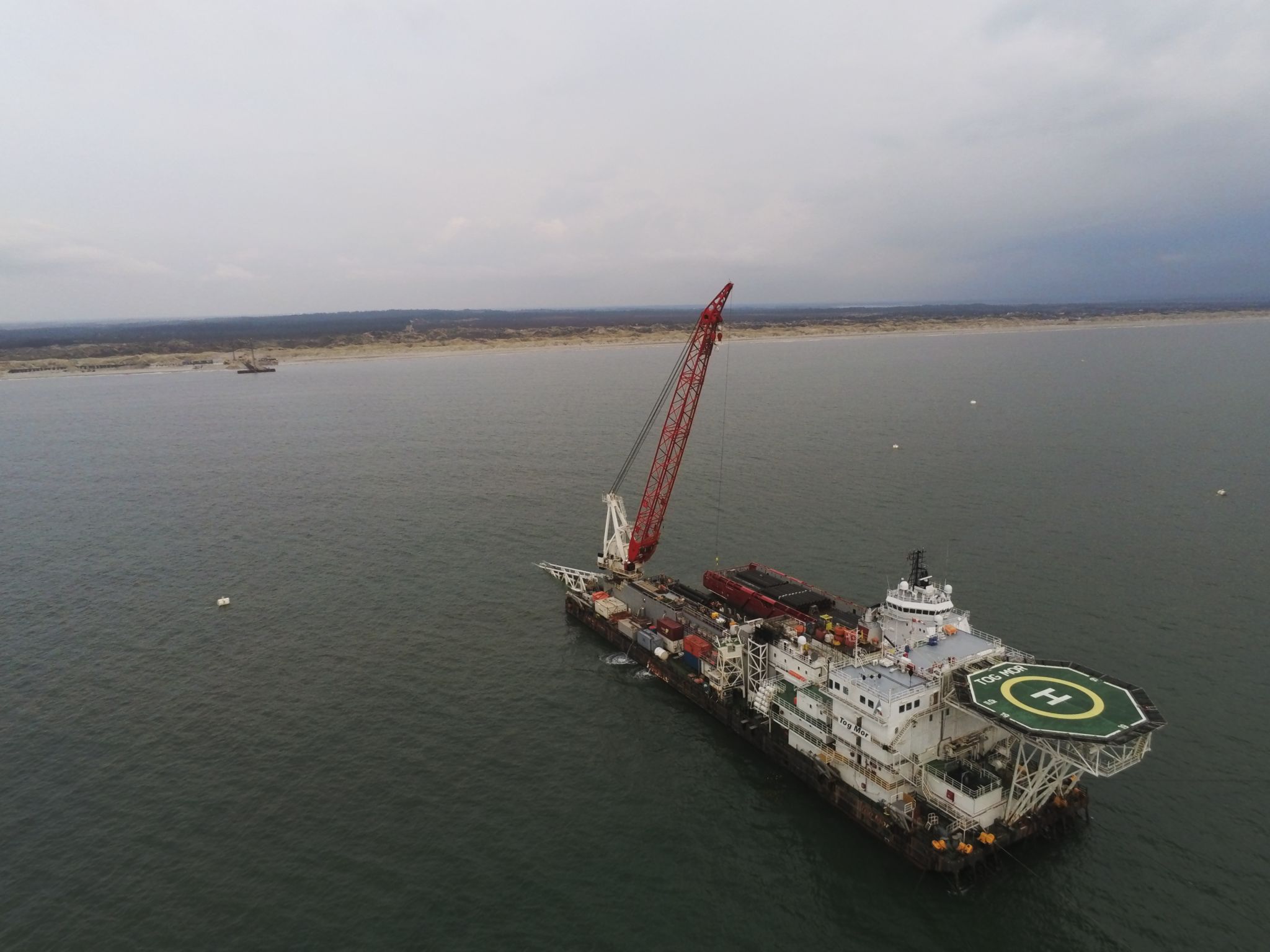 The smallest and largest vessel in Allseas’ fleet will work together on the installation of the 105-kilometre-long 32-inch Baltic Pipe in Danish waters. The barge Tog Mor will initiate pipe-lay with a 1100-metre pull-in and extend the pipeline four kilometres out to sea. There, in 15 metres water depth, Pioneering Spirit will take over and install the remaining 100 kilometres.

The overall purpose of the Baltic Pipe Project is the transmission of natural gas from Norway to Poland, Denmark, Sweden, the Baltic states and Central and Eastern European regions. The tie-in to the Norwegian supply source will be established by means of the offshore pipeline Allseas will install, which will be connected to the existing North-South infrastructure in the North Sea – Europipe II – which currently connects Norway and Germany.

Pioneering Spirit is the largest construction vessel in the world. It is designed for the single-lift installation and removal of large oil and gas platforms and the installation of record-weight pipelines. The Baltic Pipe project marks the first time that Pioneering Spirit recovers a pipeline in such shallow water.

Tog Mor is a flat-bottom, anchored barge for shallow water offshore construction activities, purchased by Allseas in 1997 and converted for pipe-laying in 2001/02. Tog Mor is equipped with a ten-point mooring system, pipe-lay equipment suitable for laying pipe of up to 60 inches in diameter and a piggyback firing line for 6.50 inch diameter pipe. The Tog Mor is also fitted with a davit system that enables it to perform midpoint tie-ins and a 300-tonne crane for construction work.

Tog Mor operates worldwide, primarily in shallow water areas, both in support of Allseas’ pipe-layers and for independent contracting. It can lay pipes up to a water depth of 150 metres without modification; deeper water projects are possible with modification to its winches and stinger.