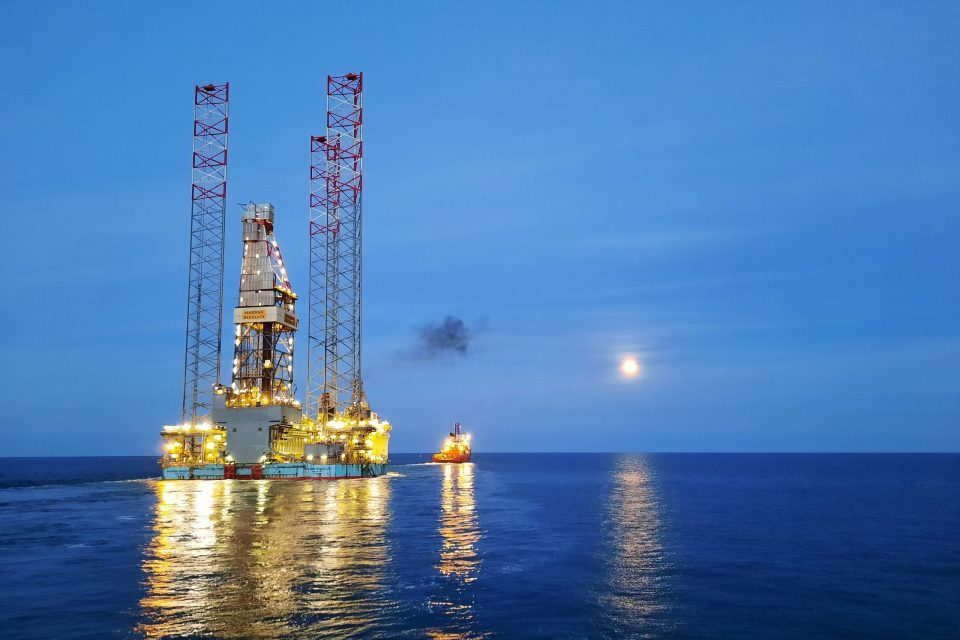 Offshore Marine Contractors (OMC) has towed and installed the high spec drilling rig Maersk Resolute in the Dutch sector of the North Sea. The jack-up was towed over a distance of 250 nautical miles from Esbjerg and the operation was carried out in close co-operation with operator Petrogas E&P and owner Maersk Drilling.

The rigmove of the jack-up from the Danish port of Esbjerg started in the early morning of Monday April 26th under guidance of AHTS AH Varazze (221 tbp) and Multratug 18 (70 tbp). Manoeuvring assistance within Esbjerg was provided by the ASD tug Svitzer Sygin of Svitzer. After the 250-nautical-mile tow, the convoy arrived at the offshore P/9 Horizon platform on the 29th of April where the 69 tbp ASD tug En Avant 20 of Muller Dordrecht was standby to assist in manoeuvring the unit alongside the production platform.

After the anchor deployment the unit was installed at a close positioning tolerance a day later, where the three-legged drilling unit prepares for the upcoming drilling operations.