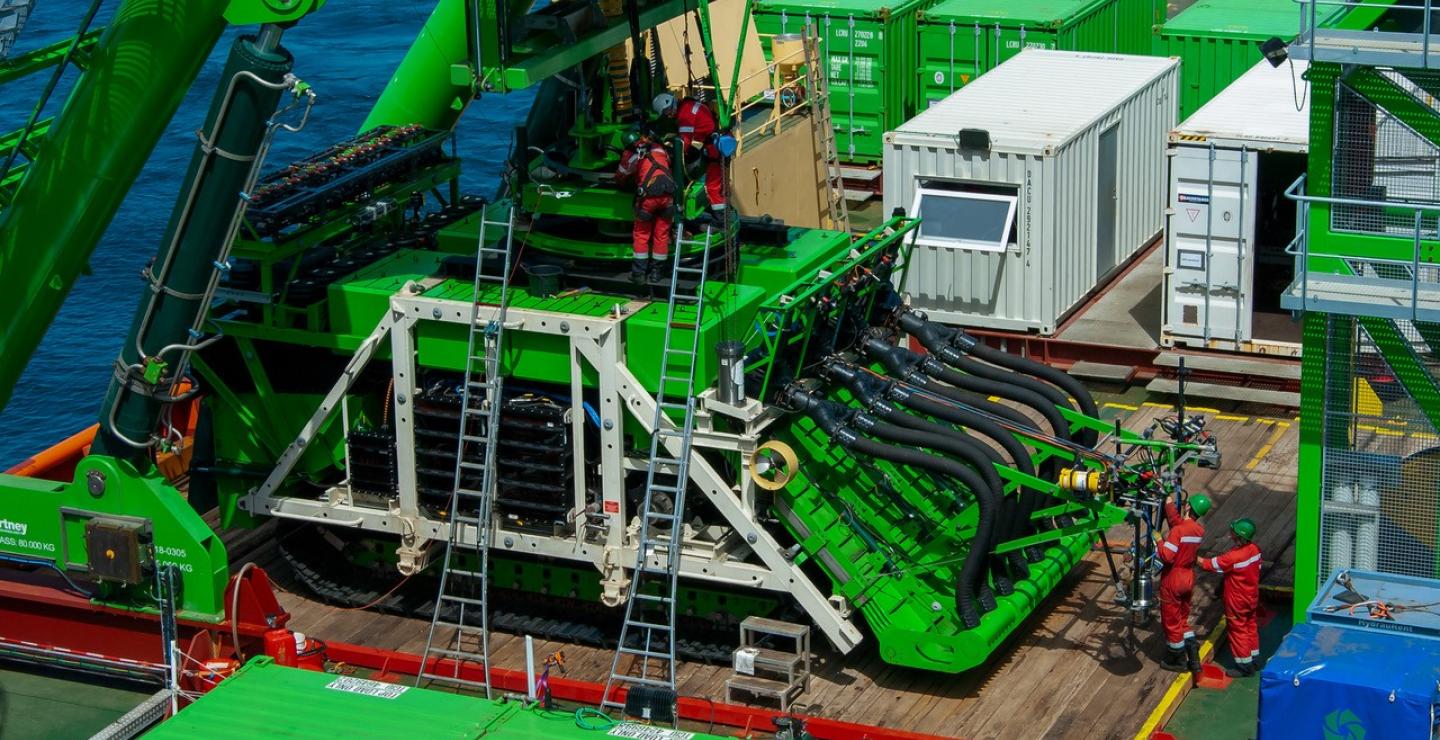 A prototype deep-seabed mining robot that had become uncoupled from a cable connecting it to a surface vessel has been successfully recovered from the floor of the Pacific Ocean. The Patania II, GSR’s purpose-built prototype nodule collector, is currently being trialled in 4500 m water depth in the Clarion Clipperton Zone (CCZ) of the Pacific Ocean.

On its final dive in the GSR area on 25 April, a lifting point separated and the Patania II was uncoupled from the five km cable that connects it to the surface vessel. Following a survey by a remotely operated underwater vehicle, a recovery mission was undertaken and successfully completed on 29th April.

‘We are taking a cautious, step-by-step approach to project development. We conduct these trials to better understand the challenges involved so we can continuously refine our technology,’ says Kris Van Nijen, managing director of Global Sea Mineral Resources (GSR), which is the deep-sea exploratory division of the DEME Group.

He adds: ‘The prototype has functioned well, and learnings will be taken into the next phase of development. This is pioneering engineering work and we were prepared for multiple eventualities. We were able to reconnect Patania II and we look forward to completing the mission, including further deployments of Patania II.’

Prior to this incident, the Patania II had successfully demonstrated its ability to drive and manoeuvre on the deep seabed and collect polymetallic nodules. Independent monitoring of the trial by scientists from 29 European institutes was also successfully completed.

This is the first project in history that is being developed for the common heritage of humankind as enshrined in the Law of the Sea Convention. Everything is in the public domain and there is intense public scrutiny. GSR says it both accepts and welcomes this. The company states it is committed to transparency, public participation and evidence-based decision making. This requires a little patience. The current trial is being monitored by independent scientists who will report their findings in due course.

These findings will provide some of the evidence required for rational decision making. GSR states it will only apply for a mining contract if the science shows that, from an environmental and social perspective, the seabed can be a responsible source of the primary metals needed for population growth, urbanisation and clean energy transition.