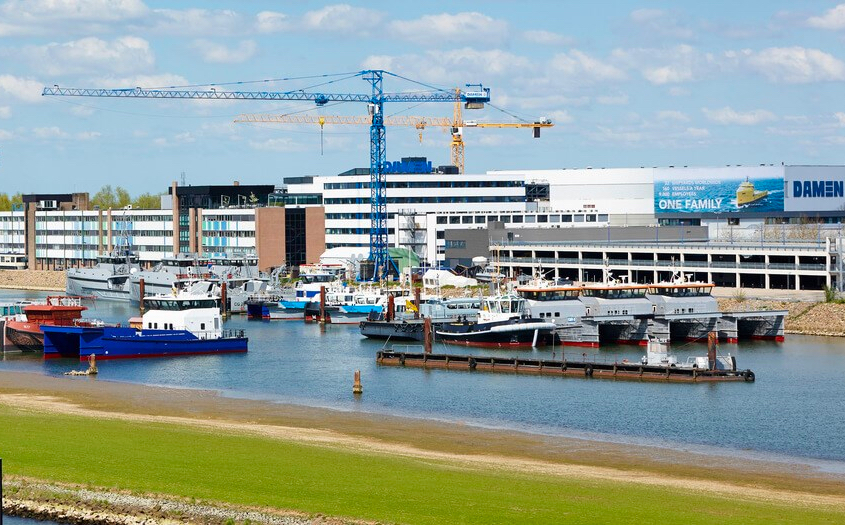 The order book of Damen Shipyards has grown to a record of eight billion euros by the end of 2020, more than twice as much as at the end of 2019. Among the orders that the largest shipbuilder in the Netherlands was able to book is the construction of four F-126 frigates for the German navy.

In addition, subsidiary Concordia Damen won an order for forty inland navigation tankers and the company will design and construct the largest superyacht (120 metres) ever made in the Netherlands.

At the end of 2019, the order book of the company based in Gorinchem, the Netherlands, stood at 3.7 billion euros. According to the company, the more than doubling of the order book offers good prospects for the longer term. In the shorter term, developments associated with Covid-19 will continue to generate considerable uncertainty.

The company says it can cope because of its comfortable liquidity position. In 2020, the repair division and the business-to-business newbuild divisions in particular had to contend with worldwide client reluctance to order new ships due to the pandemic. This factor, in addition to the temporary closure of yards in France, Singapore, Curaçao and South Africa imposed by the national governments and the other consequences of the virus (travel restrictions, delivery delays), meant that the operating result excluding non-recurring items declined slightly from a loss of 23.4 million euros in 2019 to 43 million euros last year. On the other hand, Damen states EBITDA was positive at the end of the first quarter of 2021.

The company made a net loss of more than 161.5 million euros in 2020. This was due to Covid-19, one-off costs for contract terminations and other write-downs. A year earlier, a loss of 287 million euros was booked. However, the group states its financial position is still solid, as evidenced by the facts that no additional financing was required and Damen did not avail itself of financial support measures from government, except for a limited entitlement under the Dutch NOW scheme.

In addition, Damen says the debt position has been significantly reduced, mainly because of working capital measurements. Last year, Damen delivered 143 newbuild ships and some 1300 repair and conversion orders were carried out.