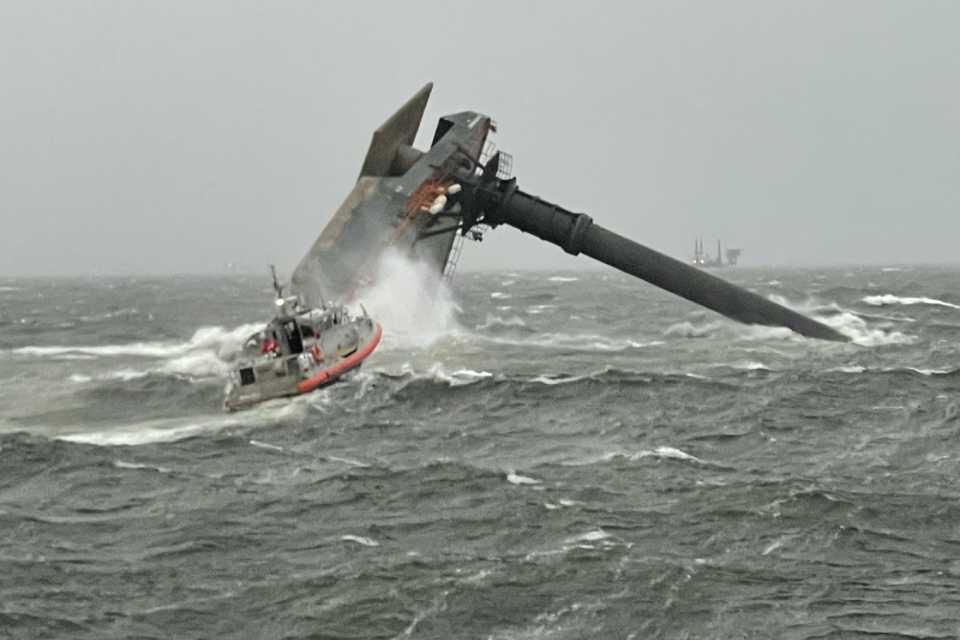 The US Coast Guard (USCG) announced on Monday it is suspending its search for the remaining missing Seacor Power liftboat crew members. The jack-up barge capsized in a hurricane eight miles south of the port of Port Fouchon in the US state of Louisiana on 13 April. Eight crew members remain missing.

There were nineteen people on board the ship. The USCG saved two and four were picked up by other vessels shortly after the capsizing. One person was found dead on the surface of the water. Up to Friday, four more deceased crew members were recovered, two of which were found by commercial divers from Donjon Marine Company, which was contracted by Seacor.

Also read: One dead and twelve missing after liftboat capsizes off Louisiana coast

‘We extend our appreciation to everyone who volunteered to assist during the search effort. Suspending a search is one of the toughest decisions the Coast Guard has to make,’ said Capt. Will Watson, commander of Coast Guard Sector New Orleans. ‘Our crews searched continuously over the past six days with the hope of bringing the missing crew members home to their loved ones. I would like to extend my deepest and most sincere condolences to the families, friends and loved ones, all those impacted by this terrible tragedy.’

Divers to search the vessel

Seacor says in a statement it is thankful for the help received from the USCG, local authorities and Good Samaritan vessels in the search and rescue efforts. The company states it will do everything it can ‘to recover those missing’ and will hire salvors and divers ‘who will not stop until they thoroughly search the entire vessel.’

Picture by US Coast Guard.