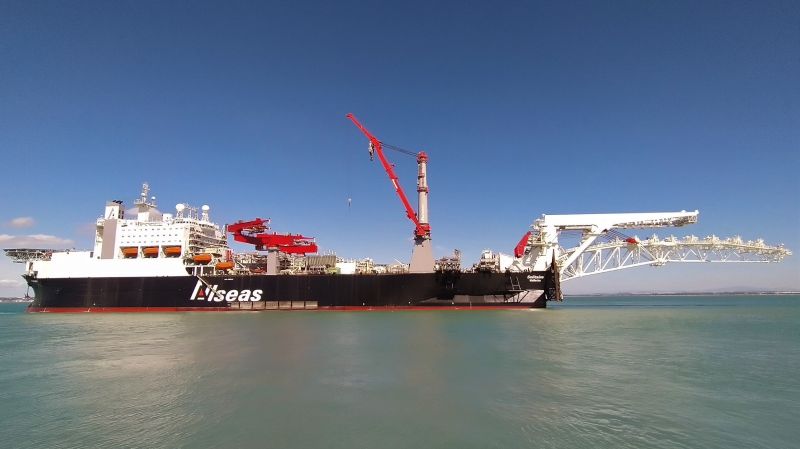 During an eight-month stay in Cadiz, Allseas has carried out a lifetime extension programme for its pipelay vessel Solitaire. The ship has been in operation since 1998 and is one of the largest pipelay vessels in the world. Maintenance carried out included renewing steel, applying new antifouling and machinery overhauls.

In total, more than 920 tonnes of steel has been renewed in various ballast tanks, holds, voids and main deck plating. The fuel tanks were cleaned in preparation for greener marine fuel and the underwater ship was painted with silicone for antifouling. Machinery and equipment like the thrusters and stinger handling system, were overhauled as well.

The Solitaire with a length overall of 397 metres has a pipe carrying capacity of 22,000 tonnes, which makes it less dependent on offshore pipe supply in hostile areas. Precise manoeuvring on full dynamic positioning allows the vessel to work safely in congested areas. The ship has laid numerous deepwater pipelines.

In 2005, its S-lay capacity was increased to a holding force of 1050 tonnes, enabling it to lay the heaviest pipelines. In 2007, the Solitaire set the world record for ultra-deepwater pipeline installation, laying pipe to a depth of 2775 metres (9100 feet).

Currently, the ship is in Malta to mobilise for its next installation job later this year.