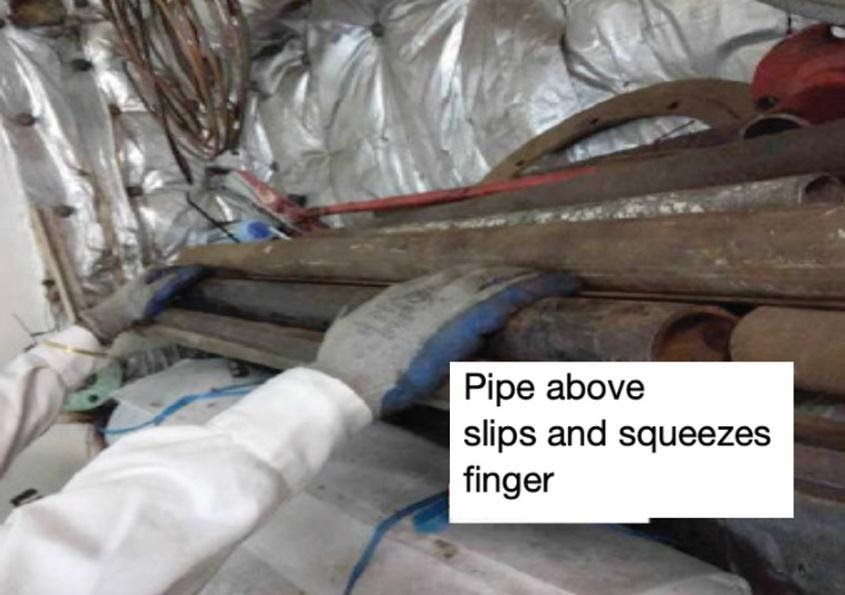 Accidents can happen at any time onboard a ship. After a crew member had his finger crushed trying to solve an unsafe situation on the spot, The Nautical Institute warns that even mundane tasks require a risk assessment.

An engine room crew member was in the vessel’s workshop when he spotted an unsafe condition. One of the pipes stowed against the workshop bulkhead was protruding out sideways from the storage support.

He attempted to rearrange the misplaced pipe, but as he was doing so, another pipe stowed above slipped from the pile and crushed his index finger against the pipes below. Upon removing his gloves, the crew member found the fingernail had sheared off along with the skin from the index finger. He received first aid and was put on rest routine.

This accident was covered in the Mars Reports, originally published as Mars 202110, that are part of Report Number 340. A selection of this Report has also been published in SWZ|Maritime’s March 2021 issue. The Nautical Institute compiles these reports to help prevent maritime accidents. That is why they are also published on SWZ|Maritime’s website.