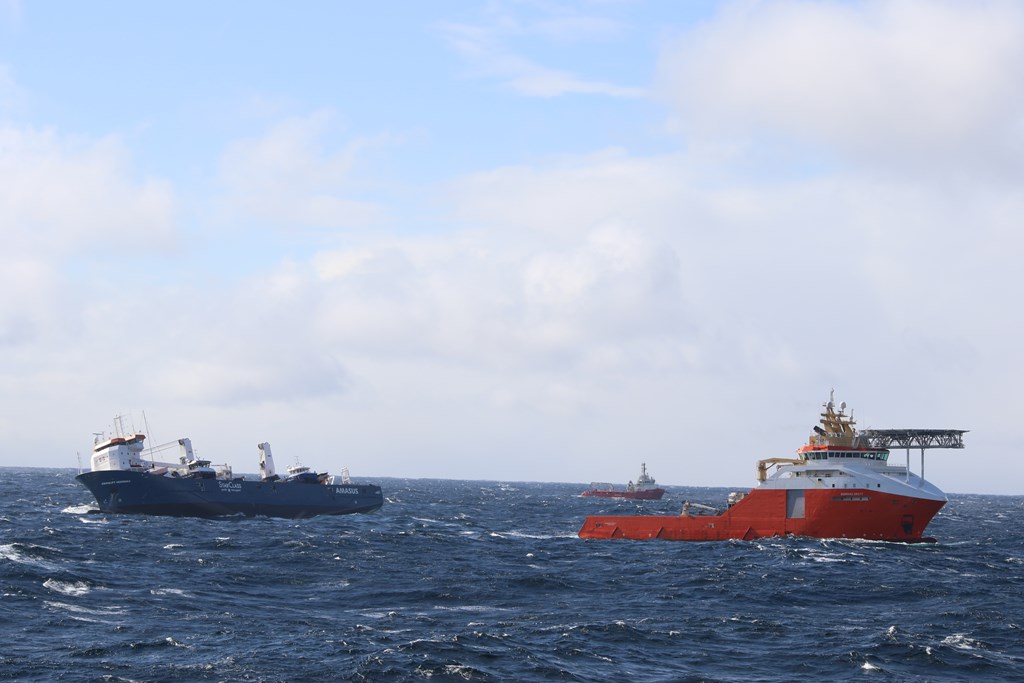 Due to the weather in the area around the listing Eemslift Hendrika, the salvage operation has to be postponed until Thursday morning 8 April, reports the Norwegian Coast Guard. The ship has been adrift since Monday evening and a salvage attempt was originally to take place this afternoon.

‘Life and health are always the first priority during an incident like this, and it must be safe to carry out the rescue,’ says the head of the salvage operation on behalf of the Norwegian Coast Guard, Hans-Petter Mortensholm.

A spokesperson for Boskalis of which Smit Salvage is a subsidiary says they do still ‘time pressure to get going quickly, but it has to be responsible’. He adds that a salvage operation is only possible during daylight.

Two tugs hired by Smit Salvage are already on the scene. A helicopter is to bring four people of Smit on board the Eemslift Hendrika around noon. Better weather has been announced tomorrow, and it is more likely that the salvage can be carried out successfully.

Unclear whether ship will run aground

Originally, it was feared the ship would run aground later today, but according to the Coast Guard, calculations show that the risk of the ship running aground is small. The spokesperson for Boskalis, however, considers it possible that the ship will hit the coast late Wednesday evening. ‘But we do not know for sure, because we do not know how the wind will develop.’

On Monday 5 April, the Eemslift Hendrika got into difficulties due to shifting cargo, which caused it to list in a stormy sea with waves several metres high. The crew was taken off board by helicopter. The ship, owned by the shipping company Amasus Shipping in Delfzijl, the Netherlands was en route from Bremerhaven in Germany to the Norwegian port of Kolvereid.