Do you report unsafe conditions you come across on a vessel? 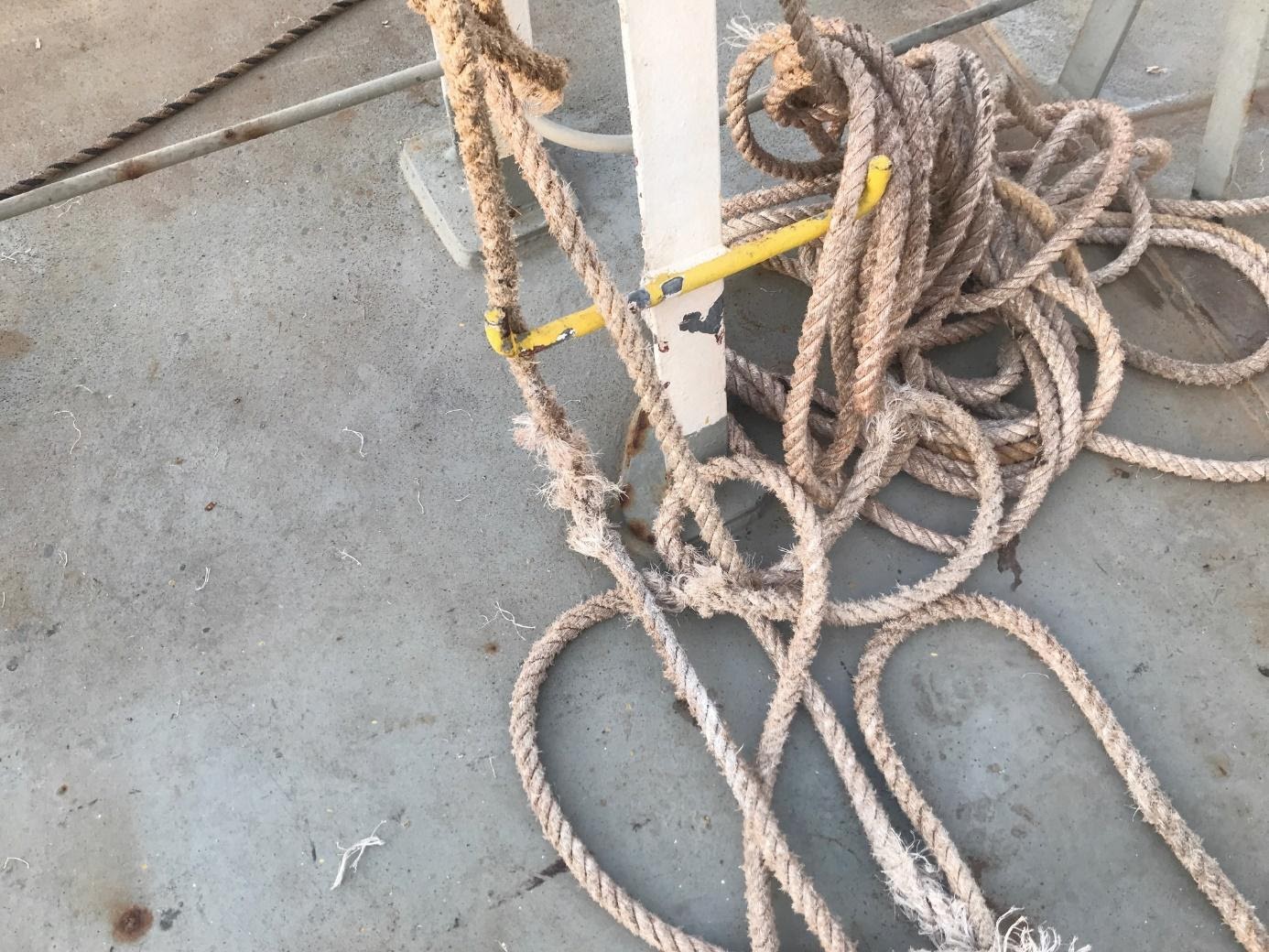 The Nautical Institute stresses that every mariner has a duty to report unsafe conditions. In one of the Institute’s recent Mars reports, a pilot spotted some obvious unsafe conditions concerning safety lines and made a proper report to vessel and shore authorities.

A pilot brought a large bulk carrier alongside. Once berthed, he descended to the main deck for disembarkation. The crew were in the process of rigging the gangway which was now swung out and some 15 metres above the wharf. The pilot saw two crew members on the gangway with safety harnesses on, but the safety lines from the harnesses to the ship were not secured to a strong point. Instead, they were being held in the hands of other crew members on deck. All of the safety lines appeared in poor condition (see photo) and would probably have failed if any load had come on the line.

The pilot immediately protested to the chief officer and master and corrections were made. The issue was reported to the local maritime safety authority as a safety and crew competence issue.

This accident was covered in the Mars Reports, originally published as Mars 202108, that are part of Report Number 340. A selection of this Report has also been published in SWZ|Maritime’s March 2021 issue. The Nautical Institute compiles these reports to help prevent maritime accidents. That is why they are also published on SWZ|Maritime’s website.