Suez Canal Authority: Wind not main cause of container ship Ever Given grounding 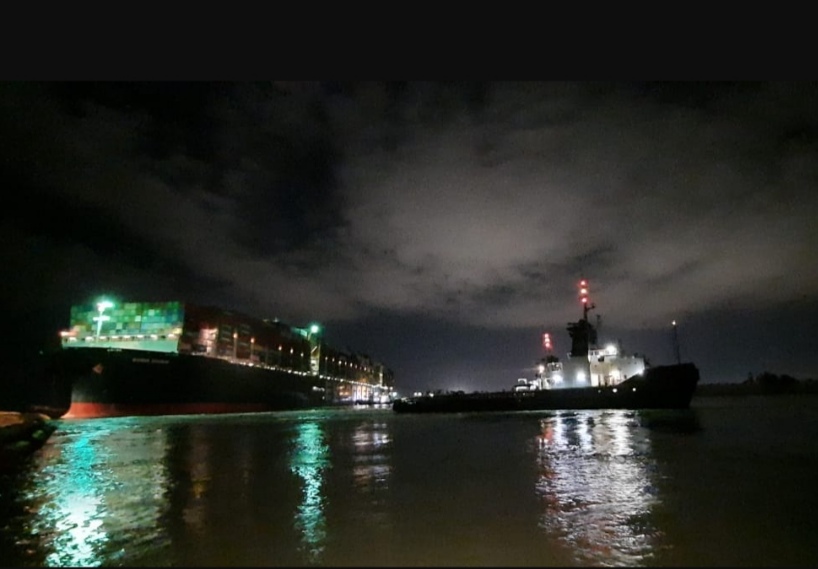 Strong winds were not the main cause of the container ship Ever Given running aground in the Suez Canal, as was reported earlier. The Chairman of the Suez Canal Authority, the state-owned company that owns the canal, said this in a press conference.

It is possible that human error caused the 400-metre ship to veer diagonally in the canal and run aground in the shallower sides of the shipping lane. The investigation into the cause of the blockade will not begin until the ship is refloated, said Suez Canal Authority Chairman Osama Rabie.

Rabie said that progress has been made in resolving the blockage, but it is still unclear how long it will take to refloat the Ever Given. He said the ship’s propellers and rudder were able to turn again after dredging work on Friday night. The propellers then jammed again due to high tide.

The container ship Ever Given has been stuck in the shallow sides of the Suez Canal since Tuesday 23 March. Because of the position of the ship, other ships cannot pass through the important canal for the transport of goods between Asia and Europe. A total of 321 ships are now waiting for free passage through the Suez Canal.

At this moment ten tugboats are at the blockade ship. The Dutch company Smit Salvage, which has been asked to assist in refloating the Ever Given, reported that heavier tugs will arrive on Sunday afternoon. These two ships with extra pulling power could not be deployed until Sunday evening at the earliest, according to a spokesperson from parent company Boskalis.

Also read: CEO Boskalis: Container ship Ever Given could be refloated after the weekend

In addition to dredging and towing, Smit Salvage is also making preparations to remove cargo from the ship.