Two dredgers put to work to free container ship Ever Given 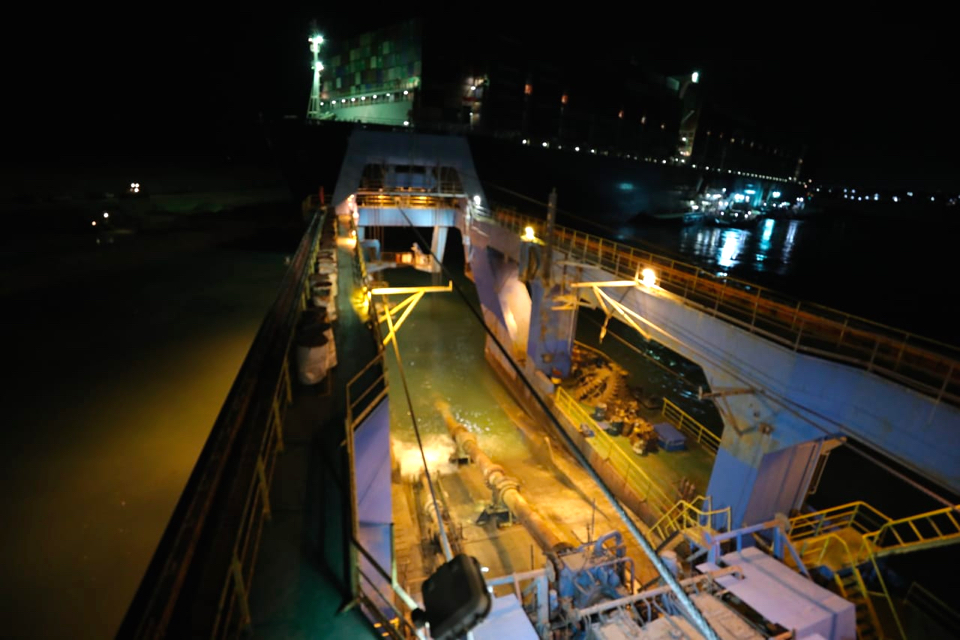 The Suez Canal Authority has deployed two dredgers to help free the container ship Ever Given, which grounded in the Suez Canal on Tuesday 23 March. It concern the cutter suction dredgers Tenth of Ramadan and Mashhour.

The 1493-kW Tenth of Ramadan has been on site since Wednesday evening, but was joined on Thursday evening by the much more powerful Royal IHC built 22.400-kW Mashhour. Dredging takes place in coordination with the Dutch salvage company Smit.

The Suez Canal Authority says the dredging works aim to remove the sand surrounding the bow of the ship with dredging quantities ranging from 15 to 20 thousand cubic metres of sand to reach the draft suitable for floating, which ranges from 12 to 16 metres.

The Ever Given grounded on Tuesday allegedly due to strong winds during a dust storm. The ship is now wedged sideways across the Canal blocking all traffic causing major disruption to shipping. Hundreds of ships are now queueing to cross the channel.

The longer the blockage of the Suez Canal by container ship Ever Given lasts, the bigger the impact on international trade and logistics. The delay and the growing queues of waiting ships will put a lot of pressure on the handling of these ships’ cargoes at the various terminals in the nortwestern European ports, including the Port of Rotterdam.

Also read: Port congestion looms the longer the Ever Given is blocking the Suez Canal

Earlier this week, Peter Berdowski, CEO of Boskalis, which is the parent company of Smit Salvage, said refloating the vessel could take days to weeks. However, the Egyptian government’s advisor on seaports, Mohab Mamish, was more confident about the time it would take to resolve the blockade.

Speaking to AFP news agency, he said that ships ‘will be able to sail again within 48 to 72 hours’. ‘I have experience in multiple rescue operations and as a former top executive of the Suez Canal Authority I know every inch of the canal,’ Mamish added.

Pictures by the Suez Canal Authority.