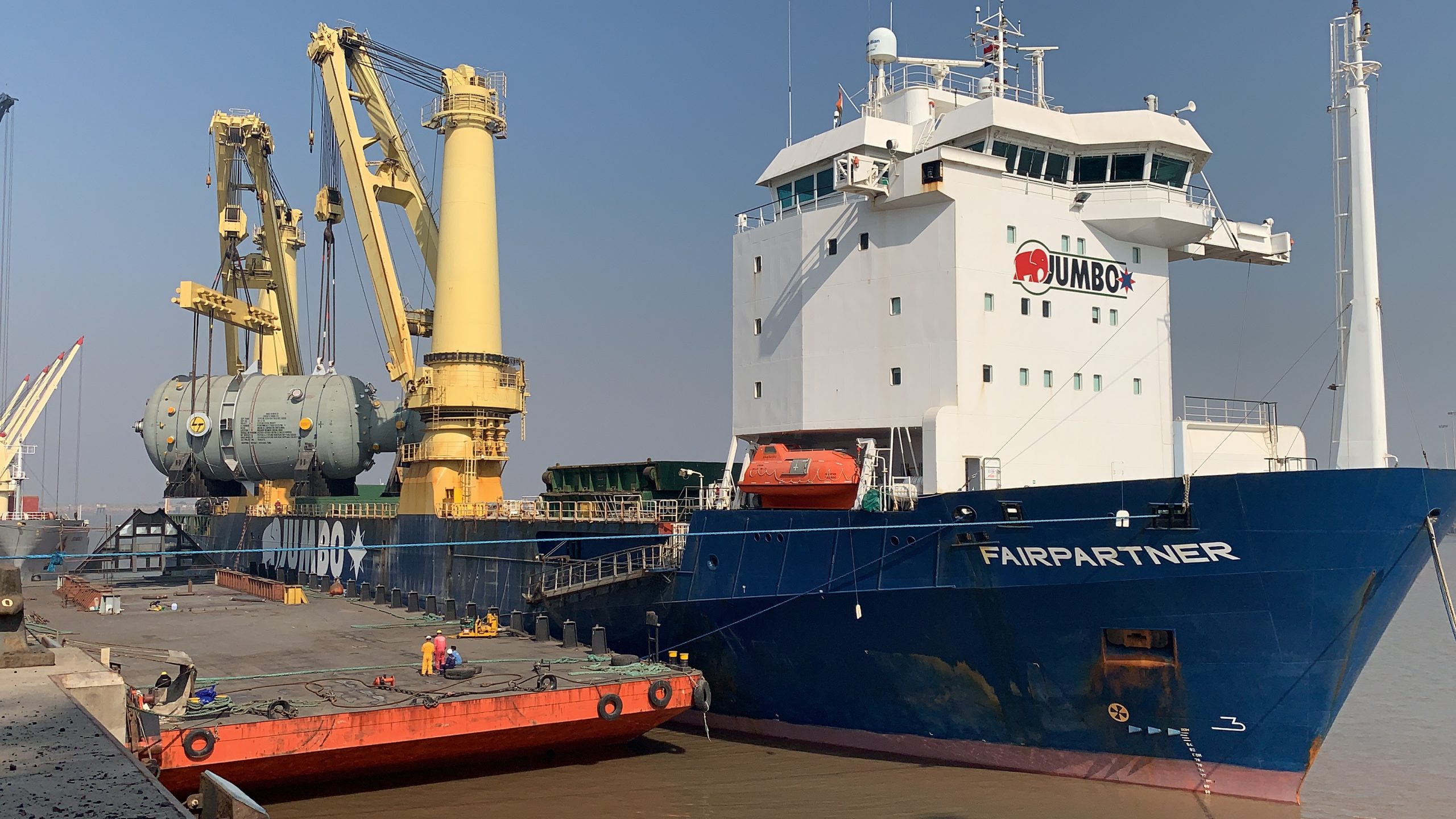 Jumbo has carried out a record trip in India, calling five ports in 29 days and loading and delivering thousands of tonnes of project cargo with its heavy lift vessel Fairpartner. It is the longest time a Jumbo vessel has stayed in Indian waters and performed a complete coastal voyage, sailing from west to east.

The equipment had to be loaded and delivered in the Indian ports of Hazira, Paradip, Kakinada, Gopalpur and Dhamra. To adhere to the national Indian regulations for coastal trips, Jumbo needed to obtain a Special Voyage License (SVL) for each cargo/client. This license was granted with a time limit of 29 days, meaning the crew was on a tight schedule.

The first stop on te trip was the port of Hazira in Gujarat, where the Fairpartner had to load a 1,250-tonne EO reactor, a 1,075-tonne wash tower and five other large pieces of refinery equipment for the Indian Oil Corporation Paradip – MEG Project.

With Hazira being a tidal and busy port area, the port authority sets limitations to the maximum width of vessels and their pontoons which meant some of the cargo needed to be loaded from barges. The reactor was the heaviest piece of equipment. It also proved challenging to load due to its short length and concentrated weight.

The wash tower, which was the longest (96m x 7.8m x 8.6m) unit this plant had ordered, the EO reactor, deethylenizer (715 tonnes), the steam drum (308 tonnes) and the re-condenser were loaded from three separate barges.

The next stop was the congested port of Paradip in the State of Odisha. Jumbo’s customer Allcargo had secured a priority berth for the vessel to offload al seven refinery equipment items for the MEG project onto SPMTs (self-propelled modular transporters) using the Fairpartner’s two 900-tonne main cranes.

With the clock still ticking, the Fairpartner and its crew set sail to Kakinada Port where two LHM550 cranes were waiting to be loaded at the quay. OSL, the owner of the fully assembled cranes, organised berthing on arrival at the port and it did not take long before both cranes, weighing 357 tonnes each, were loaded onto the weather deck. The Fairpartner then set course for the next stop on the tour, the nearby Port of Gopalpur where the cranes were discharged alongside the vessel.

The final piece of the cargo puzzle, which had been loaded in Hazira Port, was a 133-tonne BOG Condenser which needed to be delivered to Dhamra Port close by. The reactor was safely discharged and delivered to Total Movements. When the voyage was completed it was almost time to stop the clock. 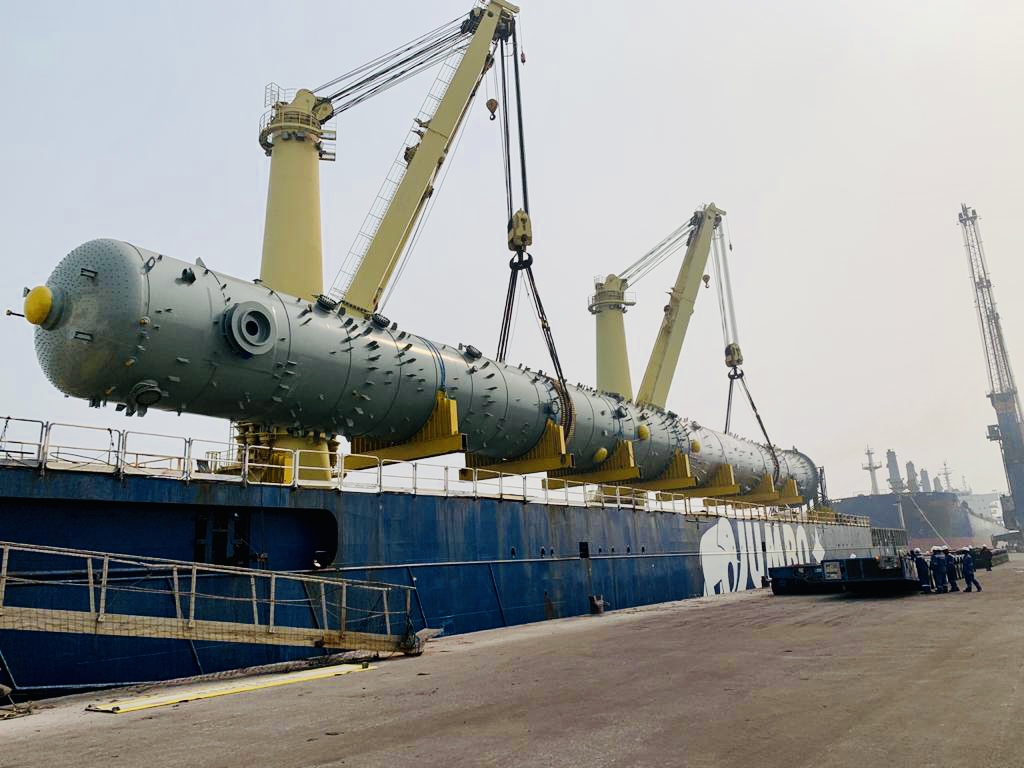 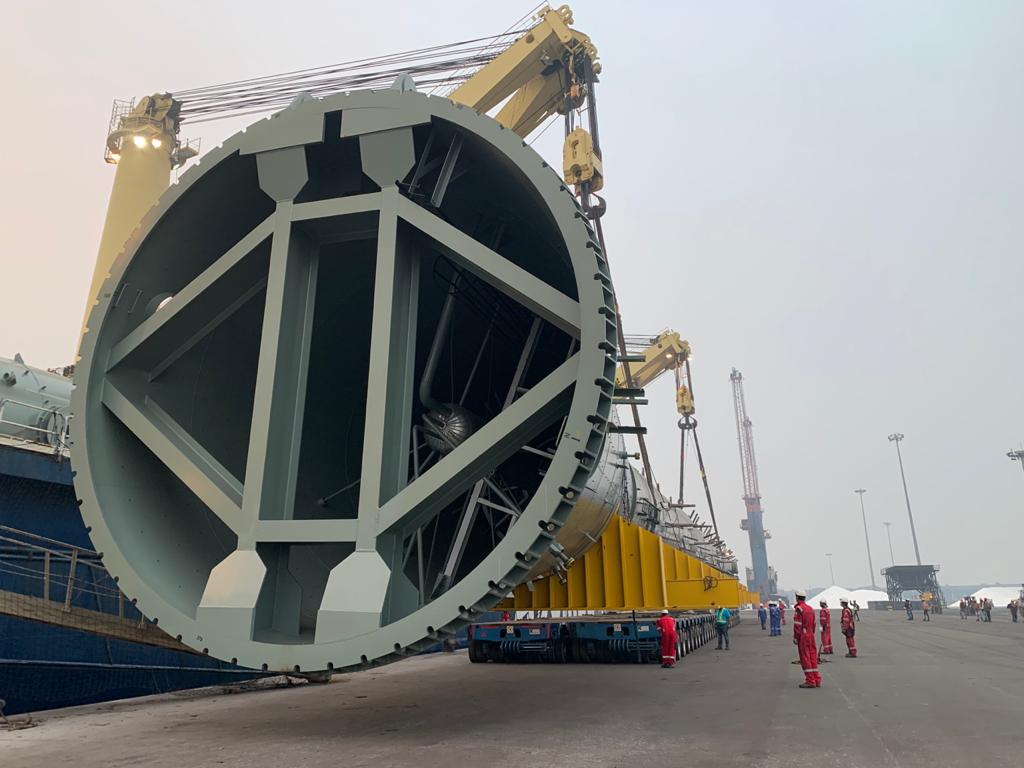 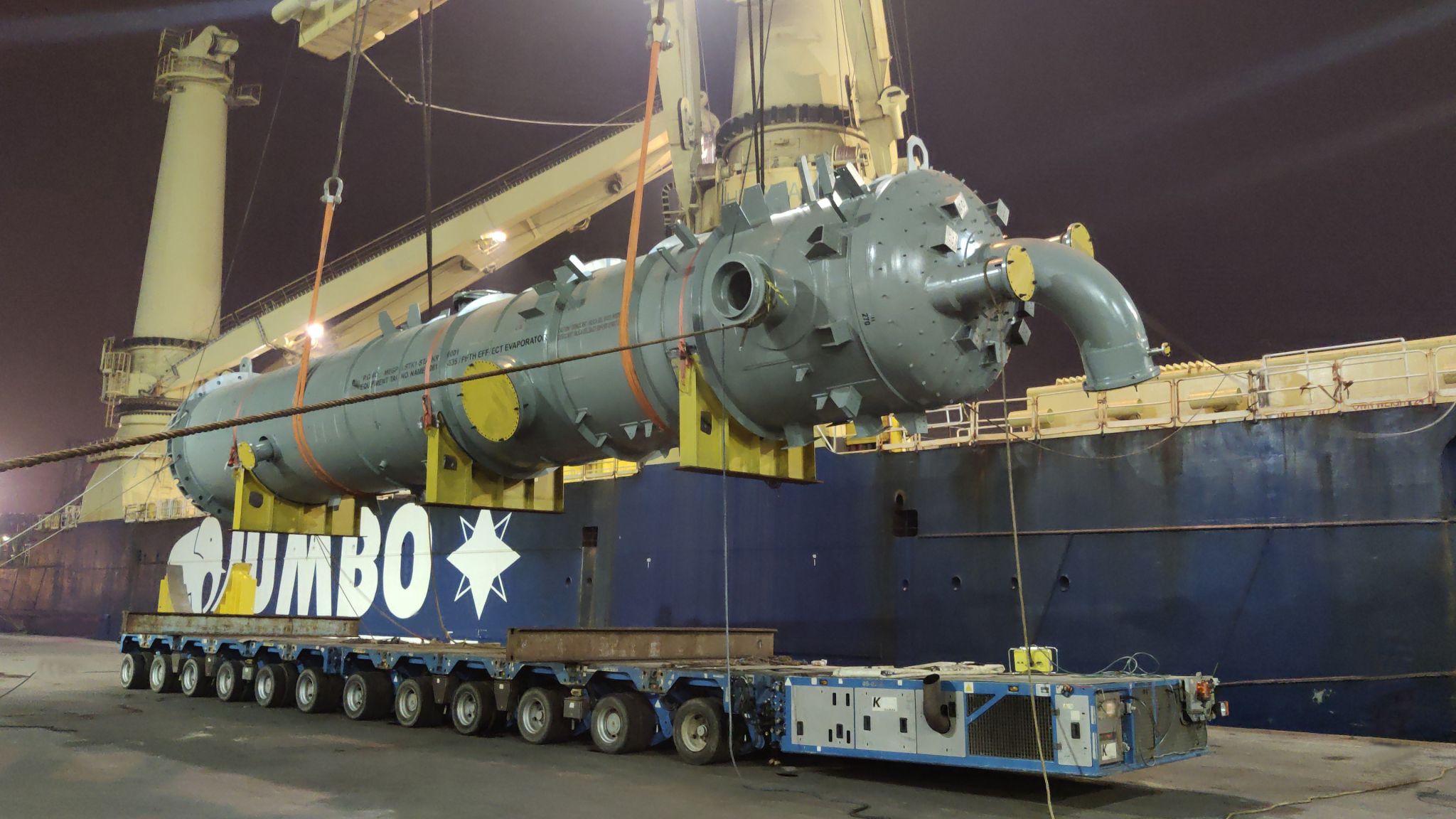 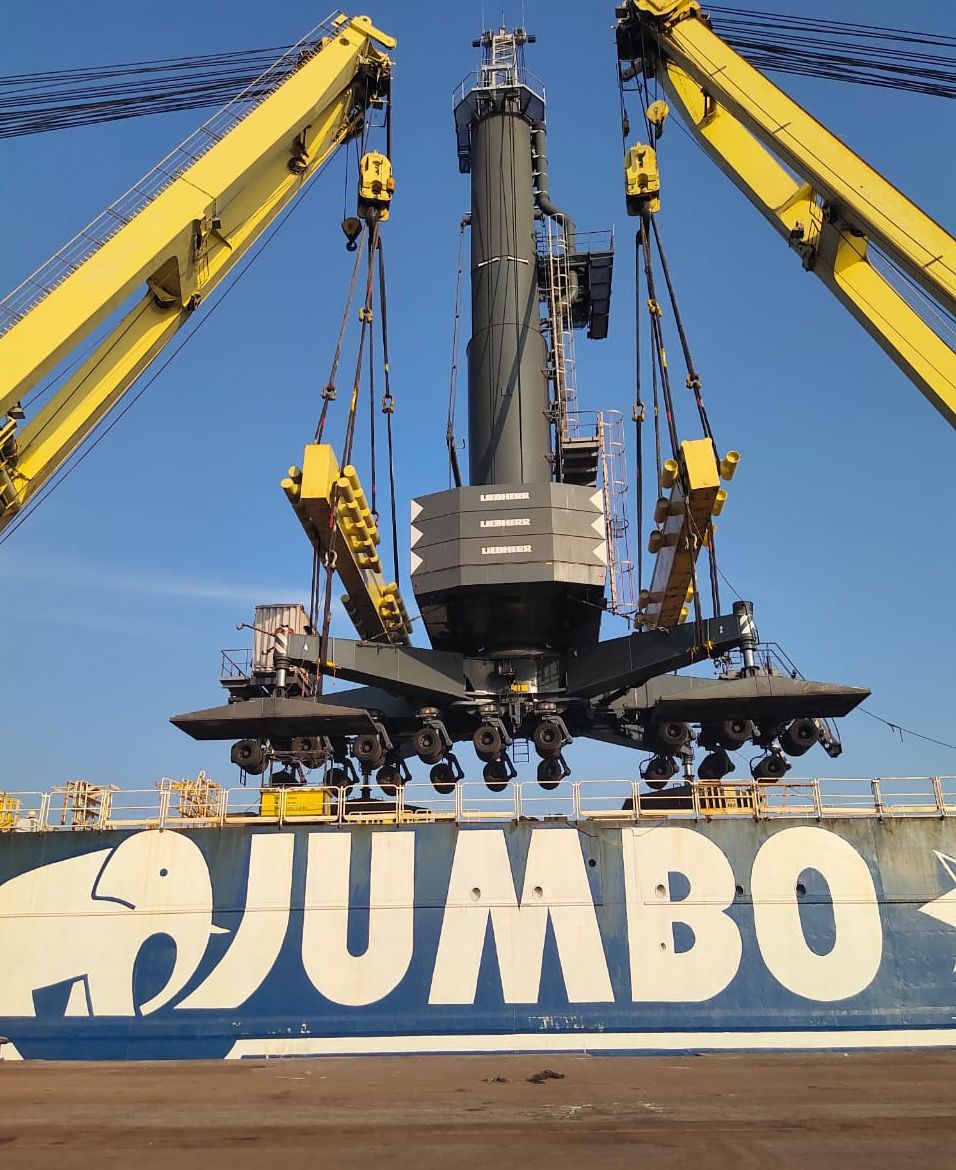