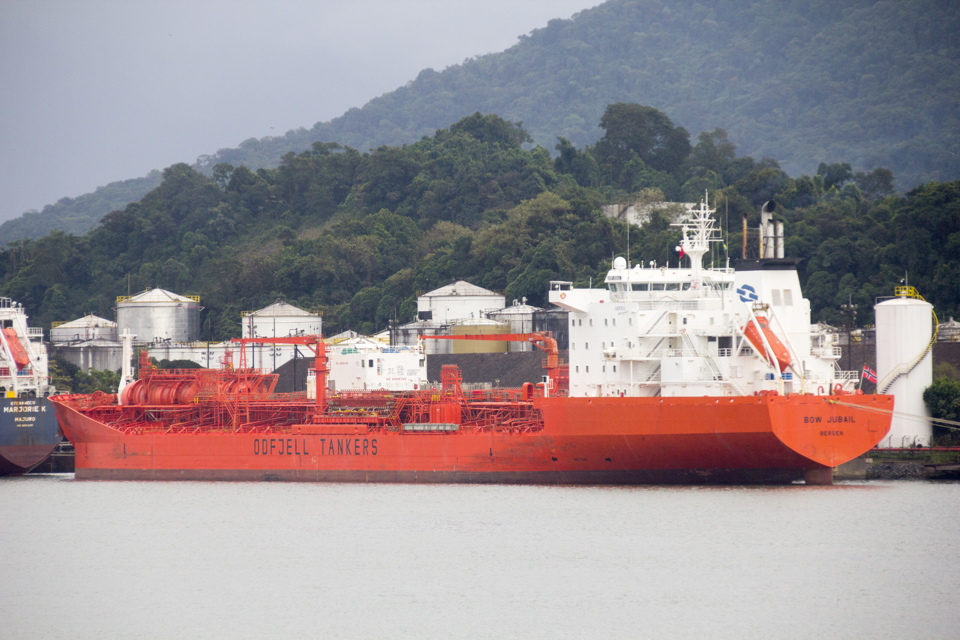 The captain of oil tanker Bow Jubail, which collided with a jetty in the Port of Rotterdam in 2018, has been fined 1000 euros. Over 200 tonnes of fuel oil ended up in the water in this accident. Members of Parliament have asked Minister Cora van Nieuwenhuizen (Infrastructure and Water Management) whether the 1000-euro fine is proportionate given the scale of the disaster.

The questions were asked by MPs Van Esch and Van Raan (Party for the Animals, Partij voor de Dieren, PvdD). Minister Van Nieuwenhuizen does not comment on whether the fine is high enough or not. She says she does not want to interfere in the decision of the criminal court. ‘The Public Prosecutor’s Office had in fact demanded fines totalling 12,000 euros in this case, taking into account the fact that it concerned an old case.’ The Public Prosecution Service has lodged an appeal against the ruling.

The minister can, however, provide more details about the results of the Seaport Police investigation into the cause of the accident and legal liability. According to Van Nieuwenhuizen, the outcome of the investigation is that the captain is charged with not having taken the required precautionary measures.

When mooring the ship to a jetty in the 3rd Petroleumhaven, he gave the wrong rudder order; ‘full port rudder’ instead of ‘full starboard rudder’, and the ship collided with the jetty. ‘This caused a hole in the ship’s hull through which a large quantity of fuel oil ended up in the water of the Petroleumhaven,’ according to the Minister.

Van Nieuwenhuizen also writes that the most important thing is that the ship owner is liable for the damage caused by the accident with his ship. Based on international conventions it is possible to limit this liability, the Minister writes. It concerns the shipowner National Chemical Carriers (NCC).

The Norwegian shipping company Odfjell does operate the ship, but rents it from the Saudi NCC, part of the National Shipping Company of Saudi Arabia. Odfjell earlier announced that it would take responsibility for all costs of the clean-up ‘up to the maximum of its legal liability’. The entire clean-up operation of the oil spill is estimated at 80 million euros by the Port Authority.

The shipowner, on the basis of the Bunker Convention and the “Convention on Limitation of Liability for Maritime Claims”, applied to the Rotterdam District Court for a limitation of liability to SDR 14,312,384 (over seventeen million euros). This request was rejected by both the court and the court of appeal. The case is currently before the Supreme Court, the Minister writes.

In addition to the Bunker Convention, there is the possibility for the shipowner to recover damages from oil tankers under the International Convention on Civil Liability for Oil Pollution Damage (CLC Convention). In addition, according to the Minister, there are no other possibilities under maritime law.

The Members of Parliament also wonder why the reasonable period was exceeded and why the court imposed a lower penalty. The Minister says that this concerns a complex case. ‘In principle, a criminal case in the first instance must be concluded within two years. In this case, judgment was handed down two years and almost eight months after the incident. The police investigation was completed in March 2019.’

After that, according to the Minister, additional research was carried out and in October 2019 the decision to prosecute was taken. Van Nieuwenhuizen says the police judge did take into account the exceeded time limit, but because the judge additionally qualified the oil spill as merely an unintended side effect, the delay was not decisive in the decision to impose a significantly lower sentence than demanded by the prosecutor.

Finally, the Minister is asked if she is prepared to investigate how the protection of the environment can be secured more strongly through criminal law, in order to prevent similar disasters caused by negligence in the future. Van Nieuwenhuizen replied that the primary purpose of criminal law is to impose a sanction.

An important effect of this, according to her, is that it can have a deterrent effect, but it is not primarily aimed at preventing disasters. ‘A well-functioning system of licensing and supervision is also of great importance here.’