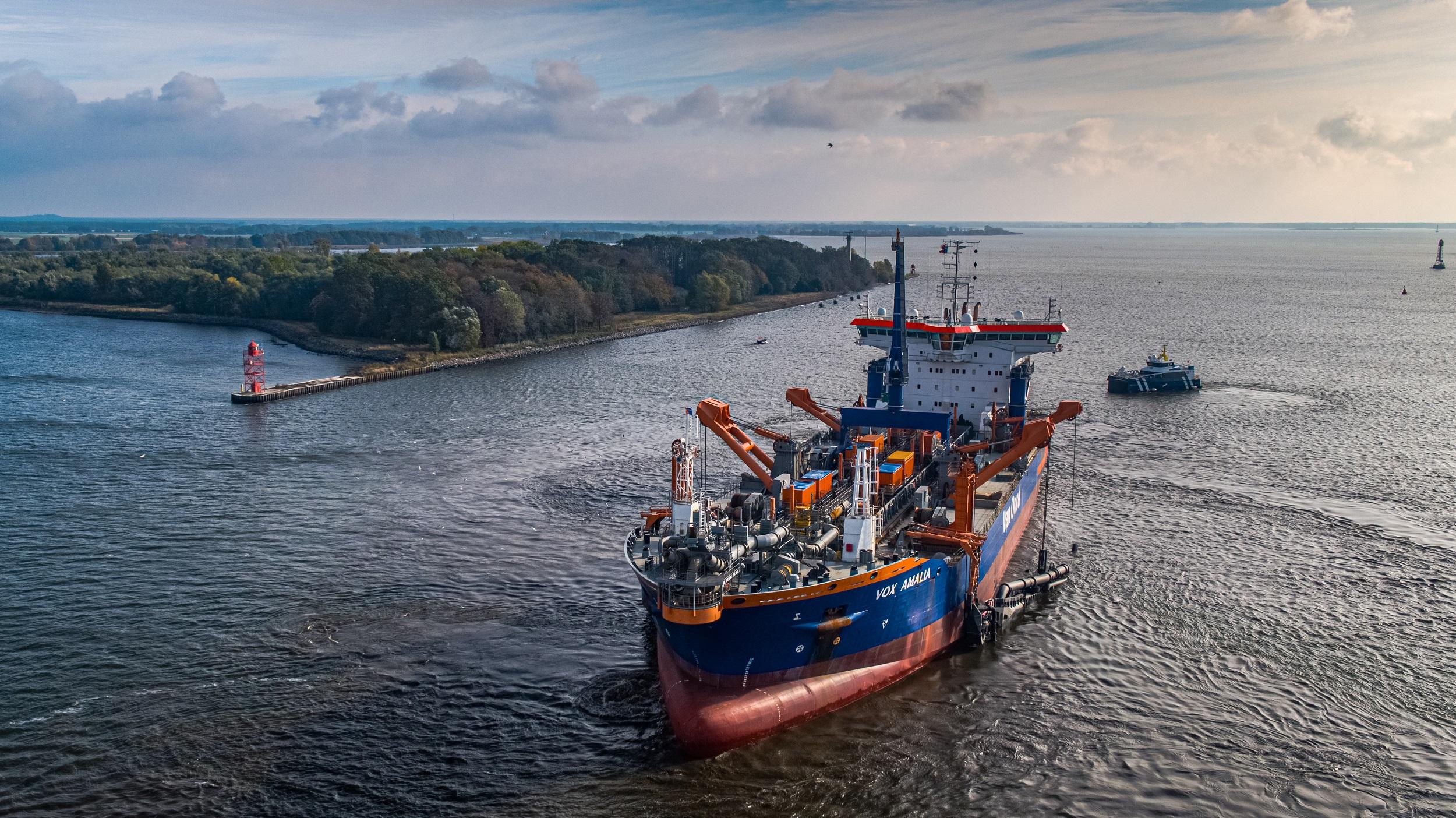 Dredging and offshore company Van Oord says it has closed the turbulent year 2020 with good results, despite the corona crisis hitting some of its markets hard. The company benefited from its many wind energy activities, but noticed that oil and gas companies, in particular, were scaling back their investments.

According to CEO Pieter van Oord, 2020 was one of the most difficult years in the company’s history. It involved the forced departure of hundreds of employees worldwide. ‘The pandemic has impacted the global economy, our markets, clients, projects, and employees,’ he says. ‘Global maritime trade plunged and port investment projects were postponed and slowed down. Consequently, the tender volume in a number of our activities fell sharply.’

Van Oord closed 2020 with a turnover of 1.7 billion euros, which was slightly higher than the 1.6 billion euros a year earlier. A net profit of 33 million euros was achieved compared to 46 million euros in 2019. Among other things, the company had to incur costs for restructuring the organisation. There were also additional costs related to measures concerning Covid-19. Van Oord’s order book stood at just under EUR 3.6 billion at the end of 2020, which is stable compared to 2019.

Van Oord saw its income from dredging activities come under pressure as clients cut back on their spending. As a result, the award volume declined in 2020. All this resulted in a turnover in the dredging division of just under 600 million euros, compared with 690 million euros a year earlier. The utilisation rate of the hoppers and cutters was relatively low. However, the operational performance and the results were better than anticipated.

Some project highlights in 2020 were the deepening of a 62-kilometre-long channel from Świnoujście to Szczecin in Poland and the completion of the contract for land reclamation associated with the PEMEX oil refinery in Dos Bocas Mexico. The project involved reclaiming 12 million cubic metres of sand to create 600 hectares of new land.

According to Van Oord, the offshore wind energy activities performed strongly. Turnover increased from 571 million to 632 million euros. Last year, Van Oord successfully completed major projects such as Borssele III & IV and Kriegers Flak. The utilisation rate of installation vessels such as the Aeolus and Nexus were high. Turnover for the Offshore business unit remained stable at 211 million euros.

Van Oord has noticed a shift in the offshore portfolio towards renewable energy and cables, away from oil and gas. Oil and gas companies reduced their investments by an average of 35 per cent. The company saw the Offshore Pipeline Installation (OPI) market heavily affected by the sudden and pandemic-driven collapse in investments by gas and oil companies.

Van Oord’s turnover in the Netherlands increased despite the corona crisis and difficulties surrounding regulations meant to curb nitrogen emissions. According to the company, this was partly because its biggest client, Rijkswaterstaat, did all it could to avoid delays. Rijkswaterstaat is part of the Dutch Ministry of Infrastructure and Water Management and responsible for the design, construction, management and maintenance of the main infrastructure facilities in the Netherlands.

Van Oord is working on the Afsluitdijk, among other things. The company is still in talks with Rijkswaterstaat about the extra costs of changes to the design of the sluices.

Van Oord has the ambition to achieve sustainable growth in the coming decade. In March 2020, its new trailing suction hopper dredger Vox Amalia was commissioned. This vessel will be leading in its asset class and replace the previous generation of ships.

The construction of three new LNG hopper dredgers at Keppel Singapore was delayed for a few months due to the lockdown in Singapore. After the summer work resumed. The first hopper, the Vox Ariane, was launched in January 2021. It will be put into service at the end of 2021. The other two hopper dredgers will follow in 2022. With these three new dredgers, Van Oord is largely replacing the mid-class section of its dredging fleet.

The company is also building two new water injection dredgers (WIDs) at the Kooiman shipyard in Zwijndrecht. These WIDs will replace the first generation of WIDs. Van Oord says it continues ‘to uphold the company’s innovative spirit’ and that it is ‘still the leader in this working method’.

The company has also invested in a large “green” cable-laying vessel. The vessel will be built by VARD from Norway and will be equipped with the latest green technologies. The vessel will be operational in 2023. It concerns a hybrid vessel with engines that can run on biofuel, but which can also be powered by carbon neutral fuels.

This design ensures low energy consumption and fewer carbon, NOx and SOx emissions. In addition, we have planned to further invest in the sustainability of our offshore wind installation fleet. These investments are important steps in realising our ambition to become carbon neutral by 2050.

Van Oord expects economic growth to pick up in the course of 2021. The company expects a gradual recovery of its dredging activities and of the offshore oil and gas market. The effects of the recovery on the company will probably not be felt until 2022, according to Van Oord.