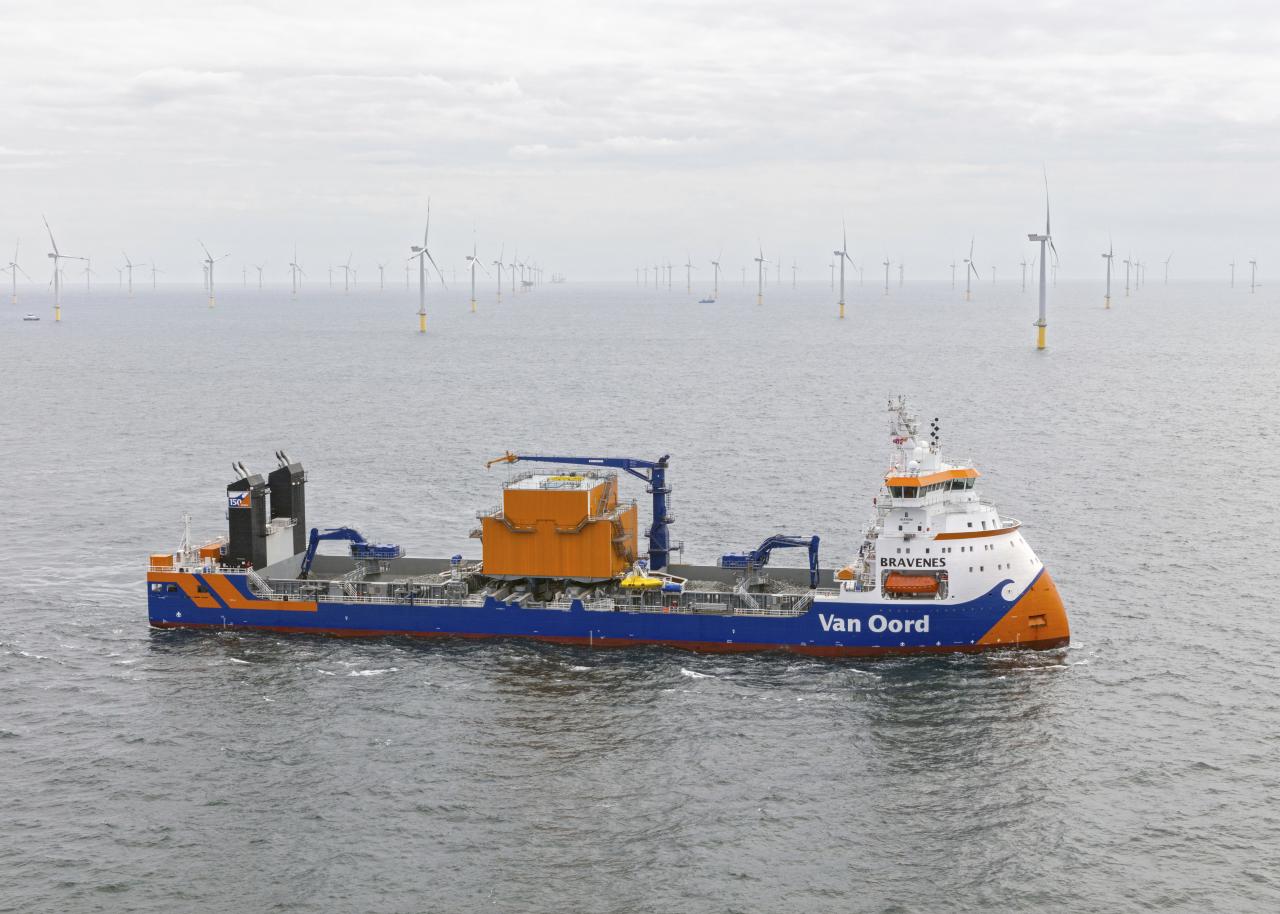 Van Oord will have an advanced combustion conditioning system with hydrogen and methanol installed on its subsea rock installation vessel Bravenes. In addition to reducing fuel consumption and emissions, the system is said to also reduce maintenance and repair costs and engine wear and tear.

Fuelsave FS Marine+ is a patented retrofit solution for ships with diesel-powered engines that generates a hydrogen synthgas on demand through on board electrolysis. This is then injected with water and methanol into the air intake of the engine(s) and leads to a cleaner and more efficient combustion process.

‘Our product optimises the energy consumption and the environmental impact significantly irrespective of a vessel’s fuel type,’ says Marc Sima, CEO of Fuelsave GmbH. He adds that the combination of an efficiency enhancement and emission reduction solution offers ‘over 400 per cent higher overall emission reduction potential than other efficiency enhancement technologies with the same level of primary fuel savings’.

‘We are not treating a symptom, but tackling the root of the problem by means of advanced combustion conditioning using hydrogen and methanol. The cleaner combustion provides additional potential greenhouse gas emission reduction, such as CO2 (approximately eight to fifteen per cent), NOx (approximately thirty to eighty per cent) and black carbon (approximately 33 per cent),’ states Sima.

After more than five years of validating the technology in the field, in the laboratory and deploying the system on the world’s largest single row four-stroke engine, it is now the first time that the FS Marine+ system is being deployed on MaK engines. Bureau Veritas will provide the classification and Kongsberg Vessel Insight the integration for a demanding DP3 operation.

‘Van Oord is always looking for new technologies that contribute to the efficiency increase of our vessels and making them cleaner. We believe that this is a satisfactory and affordable short-term solution to support that goal,’ says Job Voormolen, Manager R&D and Innovation.

Fuelsave was one of the selected companies of PortXL, of which Van Oord is one of the founding partners. PortXL is a port and maritime accelerator platform that encourages innovation within the global maritime industry.